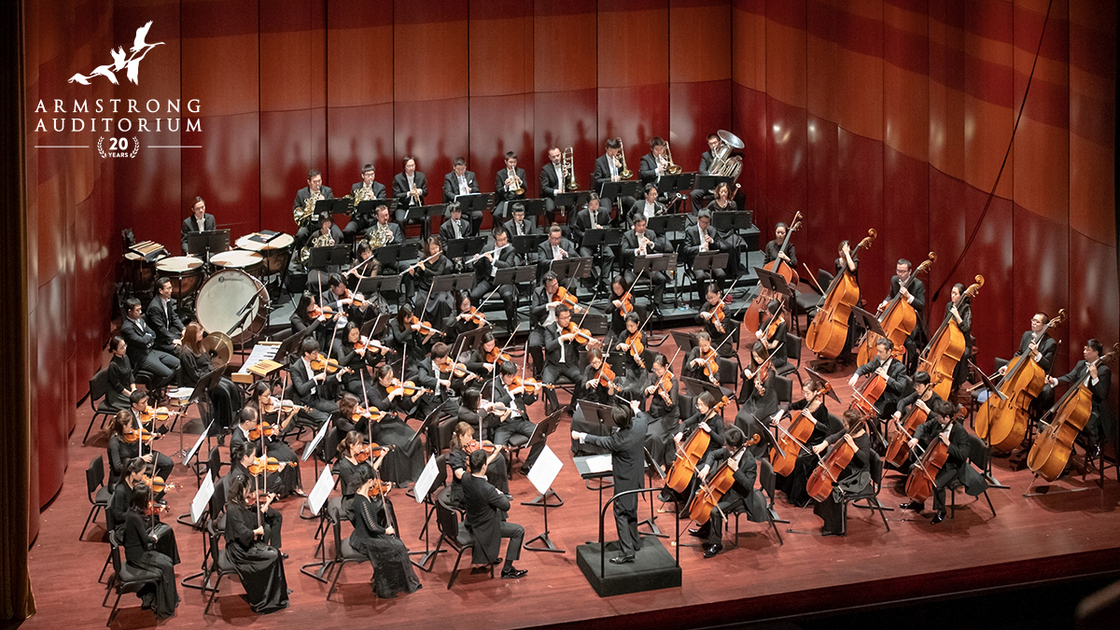 EDMOND—Armstrong Auditorium welcomed the 75-member Shanghai Opera Symphony Orchestra to its stage on February 24 for a performance attended by 526 concertgoers.

The first half consisted of Zhang Chengjie conducting Rachmaninoff’s four-movement Symphony No. 2 in E Minor. The first half concluded with the orchestra playing “An Autumn Night” by Liu Tianhua as an encore.

Following a 20-minute intermission, the second half began and was consumed in its entirety with Tchaikovsky’s Piano Concerto No. 1 in B-Flat Minor with pianist Song Siheng. This performance resulted in two encores: The first Arcadi Volodos’s paraphrase of “Mozart’s Turkish March” with Song on the piano. Second, Song concluded the evening with Frederic Chopin’s Etude in C-sharp minor, Op. 10 No. 4.

One TripAdvisor.com user commented, “Both the Shanghai orchestra and pianist Song Siheng were outstanding. This was another great evening at the Armstrong Theater. Job Well Done!!!”

Formed in 1956, together with the building of the Shanghai Opera House, the orchestra was on its first American tour.