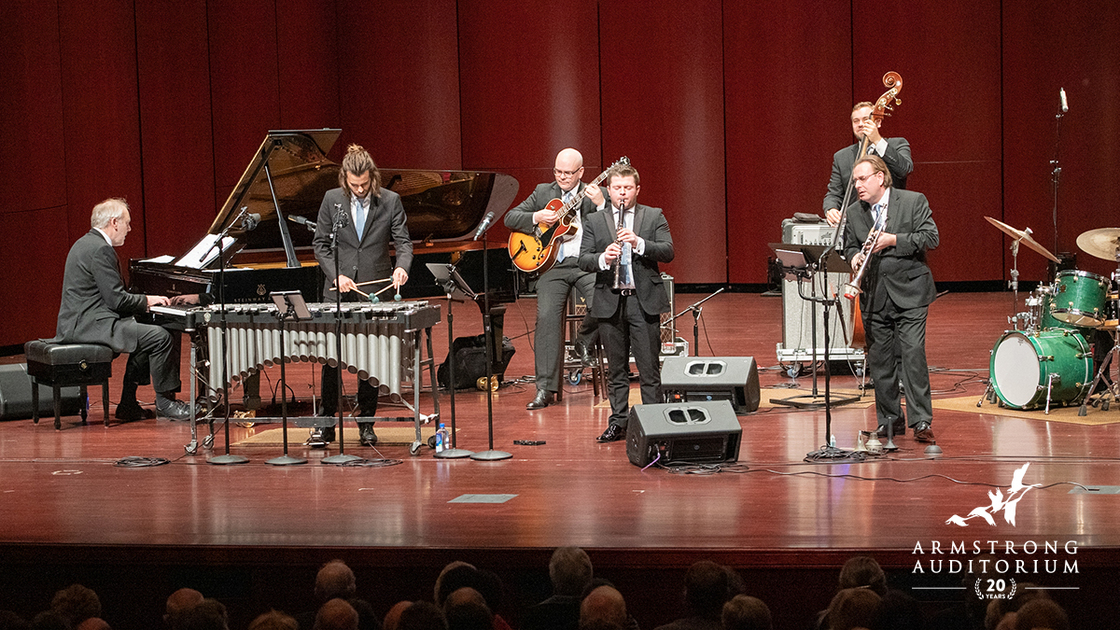 EDMOND—The Armstrong International Cultural Foundation hosted the Julian Bliss Septet at Armstrong Auditorium on February 14, presenting “A Tribute to Benny Goodman.” The seven group members energized the audience of 708 with an upbeat style of jazz, also providing brief histories of the songs, cracking jokes, and telling stories about Goodman, a mid-20th-century jazz clarinetist and band leader known as the “king of swing.”

Following the performance, Bliss posted to social media “Thanks Oklahoma, you were great. First gig of the tour and it was a fun one” along with a photo of the septet in the auditorium lobby.

“Outstanding performance,” one TripAdvisor user commented. “The musicians were exceptional. The drummer lit my hair on fire. Julian resurrected Benny Goodman. Their patter between numbers was funny and informative. Please invite them back.”