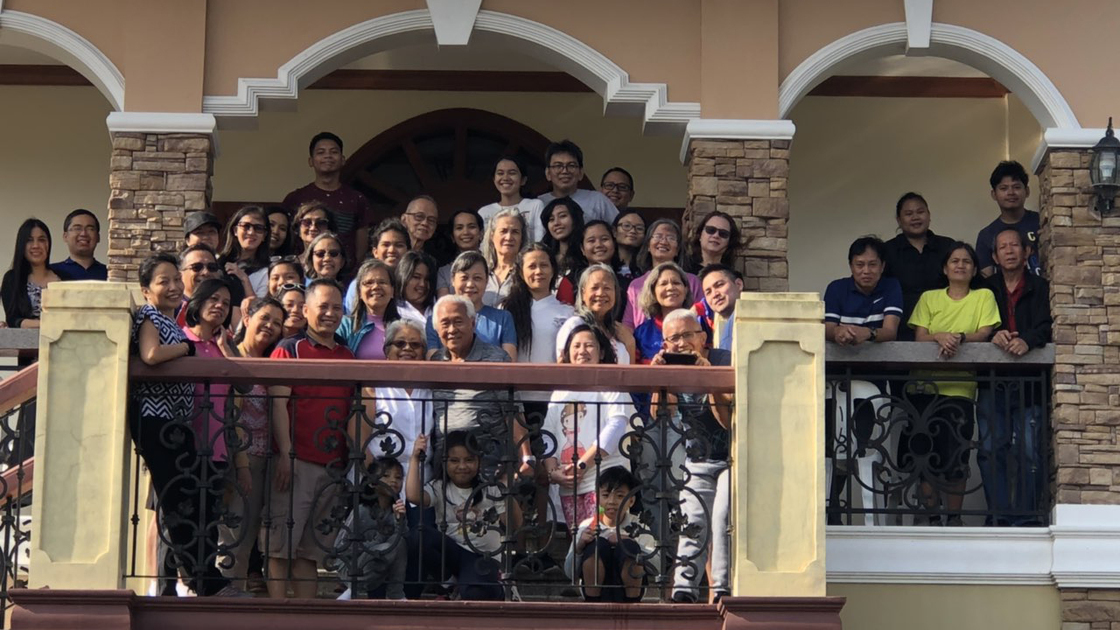 PHILIPPINES—Fifty-two members of the Quezon City, Philippines, congregation travelled to a member’s home at Splendido Homes in Tagaytay City on February 17 to hold their first outing of the year.

The activity was held at the Ortiz Residence, situated on a hill overlooking the Splendido golf course in Tagaytay. The area is a famous resort area, south of Manila, and is most known for its scenic views of the Taal Lake and volcano. It is also well-known for its agricultural products, such as pineapple, tawilis fish, and the quintessential Filipino stew made from beef shanks and marrow bones locally called “Bulalo.”

Seniors, adults, teens and pre-teens together with Local Elder Reniel Padua, who assists in pastoring the congregation, spent the first few hours playing a Bible Quiz Game, which measured everyone’s memories. Since the group left early to beat Manila’s infamous traffic congestion, they shared a brunch of barbeque chicken, beef, vegetables and seasonal fruits soon after the first game finished. Mrs. Marylin Ortiz and some teens played the piano to entertain the majority of the members.

After a hearty brunch, various indoor games were played, such as UNO, Jenga, a couples game, and the classic Filipino version of charades, locally known as “Henyo.”

Later in the afternoon, everyone went on a short sight-seeing trip of the area, before heading back home.

“It was the most exciting one day activity we’ve ever had,” said Quezon City deacon Alvin Cruz.

Quezon City member Louryzel Concepcion said, “It was the best family day ever. It’s like actually living in the World Tomorrow with our spiritual family already.”

Everyone went home refreshed for another week ahead and thankful to God for the beauty of His creation and the hospitality of the brethren.