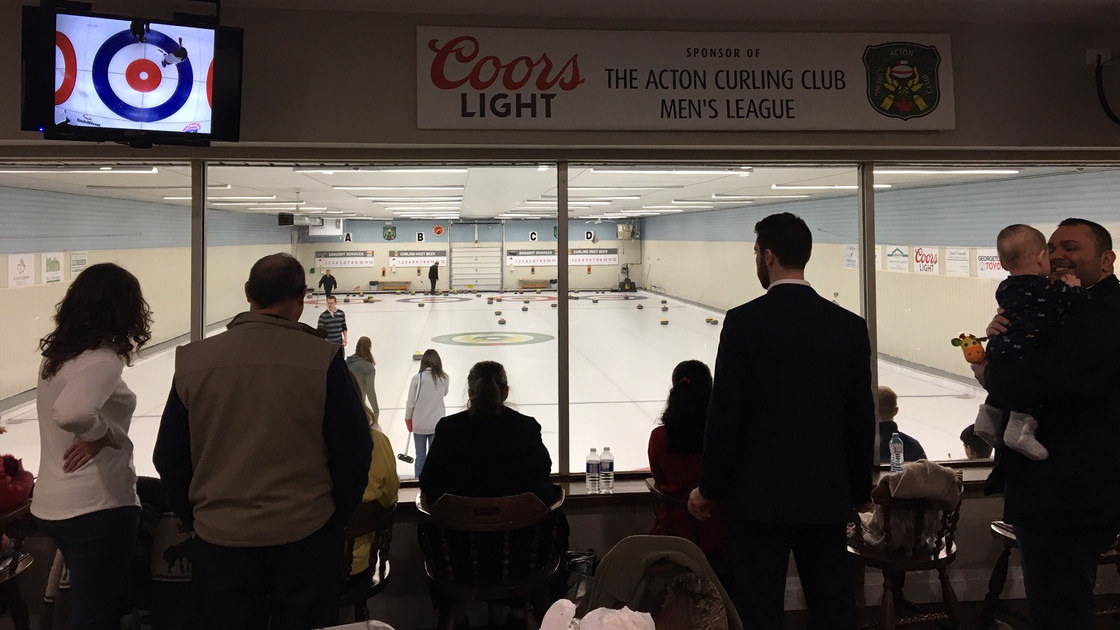 CANADA—On Saturday, January 26, approximately 45 members of the Milton and London Ontario congregations participated in their first congregational activity of 2019—a curling night. The event took place after sunset at a local curling club: the Action Curling Club. Members first enjoyed a potluck meal together before taking to the ice. There members received an hour of instruction on the basic skills of the game, including how to walk on the ice, how to throw the stones, how to “sweep,” and how to communicate to the sweepers.

This instruction was helpful, as many had never participated in the sport, which is played with teams of four, where the players have to slide a granite stone along the ice toward the target at the other end of the rink while teammates “sweep” the ice to help the stone to the other end.

For those who didn’t want to go on the ice, members could watch the action from the warmth of the lounge overlooking the rink. Members also had the opportunity to play board games and enjoy quality fellowship.

“It was really special watching all ages of God’s people interact and enjoy the evening together,” activity manager Michael Mansour said. “We are looking forward to taking our skills up to Ottawa for the Winterlude weekend!” Winterlude is the regional winter weekend held in February in Ottawa, which will feature a curling competition with teams made up of members from the various congregations attending the weekend.

“It was cool!” commented local member Jordanya Blondeau, “I thoroughly enjoyed the event! It was fantastic and even more special being able to play alongside my fellow royalty.”