The Sabbath vs. Sunday
Traditional Christianity has chosen the wrong day of worship. There is a sinister reason why.
By Gerald Flurry • Feb. 22, 2019 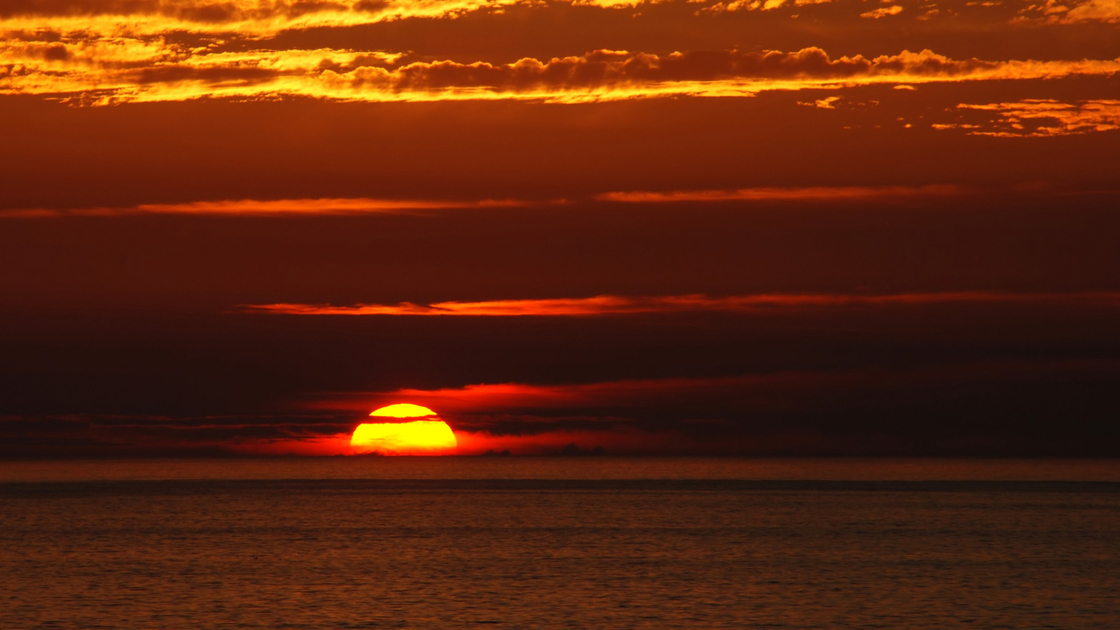 The Philadelphia Church of God stands out from the world. One big reason is that we are the only group on Earth to truly keep the Sabbath the right way.

Herbert W. Armstrong wrote about the change from Sabbath keeping to Sunday observance, which is so prevalent in traditional Christianity today:

According to The History of Roman Catholicism (1836), “The accession of Constantine the Great to the throne of the caesars and his subsequent conversion to Christianity, forms a most important era in the history of the church.” It is important, as the writer points out, because this began the intimate relationship the Roman Empire developed with the Roman church—a relationship that lasted for many centuries.

Constantine changed the official day of worship to Sunday during the Nicene Council of a.d. 325.

In a letter regarding Sabbath worship, Constantine wrote:

Forasmuch, then, as it is no longer possible to bear with your pernicious errors, we give warning by this present statute that none of you henceforth presume to assemble yourselves together. We have directed, accordingly, that you be deprived of all the houses in which you are accustomed to hold your assemblies: and our care in this respect extends so far as to forbid the holding of your superstitious and senseless meetings, not in public merely, but in any private house or place whatsoever. Let those of you, therefore, who are desirous of embracing the true and pure religion, take the far better course of entering the Catholic Church …. [F]rom this day forward none of your unlawful assemblies may presume to appear in any public or private place. Let this edict be made public.

This was confirmed at the Council of Laodicea almost 40 years later in a.d. 363. At that conference, it was determined, “Christians must not Judaize by resting on the Sabbath, but must work on that day, rather honoring the Lord’s Day. … But if any shall be found to be Judaizers, let them be anathema [cursed and excommunicated] from Christ.”

There you have it: historical proof of the enforced observance of Sunday. To assemble together on any other day for a religious observance was unlawful.

Today, many Sunday-observing “Christians” admit that the Sabbath was changed. Notice the question posed to the Catholic Church in the book Catholic Doctrinal Catechism, written by a Catholic priest with the intention of defending Catholic doctrine:

Question: Have you any other way of proving that the church has power to institute festivals of precept? Answer: Had she not such power, she should not have done that in which all modern religionists agree with her—she could not have substituted the observance of Sunday, the first day of the week, for the observance of Saturday, the seventh day, a change for which there is no scriptural authority.

As Christians today, are we to heed what a great church has admittedly changed—or what is divinely inspired in the Bible?

Here is a quote from the Theological Dictionary, by Charles Buck, a Methodist minister: “Sabbath in the Hebrew language signifies rest, and is the seventh day of the week … and it must be confessed that there is no law in the New Testament concerning the first day.”

God’s Church During the Middle Ages

When Constantine made his decree in a.d. 325 enforcing Sunday observance in the Roman Empire, a tribulation period began. Those saints who remained faithful to God’s Sabbath command were forced to flee into hiding for fear of their lives. Persecution against these people set in almost immediately.

God’s Church was revived during the last half of the 12th century by Peter Waldo. After much study of the Scriptures, Waldo claimed that nowhere was Christian life observed as commanded by Christ. He quickly amassed thousands of followers. The Catholic Church considered him a great threat.

Pope Alexander iii made this stunning decree at the Council of Tours in a.d. 1163: “Whereas a damnable heresy has for some time lifted its head in the parts about Toulouse, and already spread infection through Gascony and other provinces, concealing itself like a serpent in its folds; as soon as its followers shall have been discovered, let no man afford them refuge on his estates; neither let there be any communication with them in buying and selling: so that, being deprived of the solace of human conversation, they may be compelled to return from error to wisdom.”

Notice that people were forbidden to buy or sell with these “heretics” because of what they believed. Bible prophecy says those who refuse a “mark” will be unable to buy or sell in the near future. (For more information, request our free booklet Germany and the Holy Roman Empire.)

The Waldensians grew nonetheless. Waldo devoted his life to making more copies of the Scriptures. Back then, very few people owned Bibles, and were thus forced to take the Catholic priests at their word regarding what the Scriptures said. With the rapid spread of Bibles came the increase of dissension. Many Waldensians began to meet privately in homes to discuss the Bible.

Pope Innocent iii ruled the Catholic Church in the early 1200s. Though he admitted it was all right for the common people to study the Scriptures themselves, he nevertheless warned:

It is not proper for you to hold your meetings in private, nor to act as preachers, nor to ridicule the priests. Remember that men must have a special training before they can understand the deep things of Holy Scripture. The priests are trained for this purpose. Listen to them. Respect even the most ignorant of them. Beware of thinking that you alone are correct, and despising those who do not join you (History of the Christian Church, 1879).

As dissension grew, those who were reading the Scriptures for themselves began to be persecuted. The author of History of the Christian Church continued, “They were called Waldensians, as if that were a hard name. Force was applied to them. They were routed; their versions were burnt, so far as possible; their opinions rooted out. The priests of Metz breathed freely again, and went on in their old ways of ignorance, idleness and vicious selfishness. Like cases seem to have occurred at Auxerre, and various towns in France, until the Council of Toulouse, in 1229, forbade the laity to possess the books of the Old and New Testaments in any language ….”

That’s history. A great church actually forbade people to read the Bible. Throughout history, this church has spoken “great things.”

In any doctrinal controversy, we must believe the Bible, not men!

The followers of Peter Waldo were persecuted by the Roman Empire. The cause behind it was the Roman Church.

A Matter of Life and Death

Here is another excerpt from The History of Roman Catholicism:

The Roman Church has adopted as its fundamental principle that it can never err, and the body of the civil law when once chosen by the church, as the basis of its system of ecclesiastical jurisprudence, partook at once of its infallibility, and unchangeableness and became one of its prominent features. To change it in one of its most unimportant [details] would be to acknowledge that the church had erred, which is impossible. … Thus the Roman pontiff is clothed with supreme authority, and combines at once in his own sacred person all the functions of the legislative, the judicial, and the executive powers. He has no constitutional restraint, he is absolutely unlimited and without control. … Those surely are fallacious reasoners, who argue that because the pope has never yet exercised the power that he really possesses, with evident political effect, that he will never exercise it; they cruelly and fatally deceive themselves who indulge in pleasant slumbers when the voice of the past calls upon them to rouse to ceaseless watchfulness.

Remember, this powerful church was prophesied to speak great things. Throughout history, the pope has been referred to as the vicar of Christ. Vicar does not mean Christ’s representative as some assume. It means “in place of” Christ. Those truly are “great words.” The author of the above-mentioned book urges readers who falsely assume a pope would never really exercise his full power to remember the “voice of the past.”

Historic facts show that under Charlemagne, the observance of Sunday within Europe actually became a matter of life or death. Many were put to the sword, burned at the stake, stretched on the rack, or met their end by some other horrible means at the hands of others who literally meant that citizens could not live without Sunday! These unfortunate souls were declared heretics by Rome—but martyrs by historians (including the 16th century’s John Foxe).

How important is it that we understand this history and continue to watch the Roman Catholic Church closely?

For more information on this vital subject, request our free booklet Which Day Is the Christian Sabbath?