PCG members: In addition to PCG Signposts, sign-up for the members-only Friday Philadelphian weekly email newsletter! Click here or email news@pcog.org ✖
Is a Finger Worth It?
A lesson that cut me to the bone
By Nathan Weese • Feb. 28, 2019 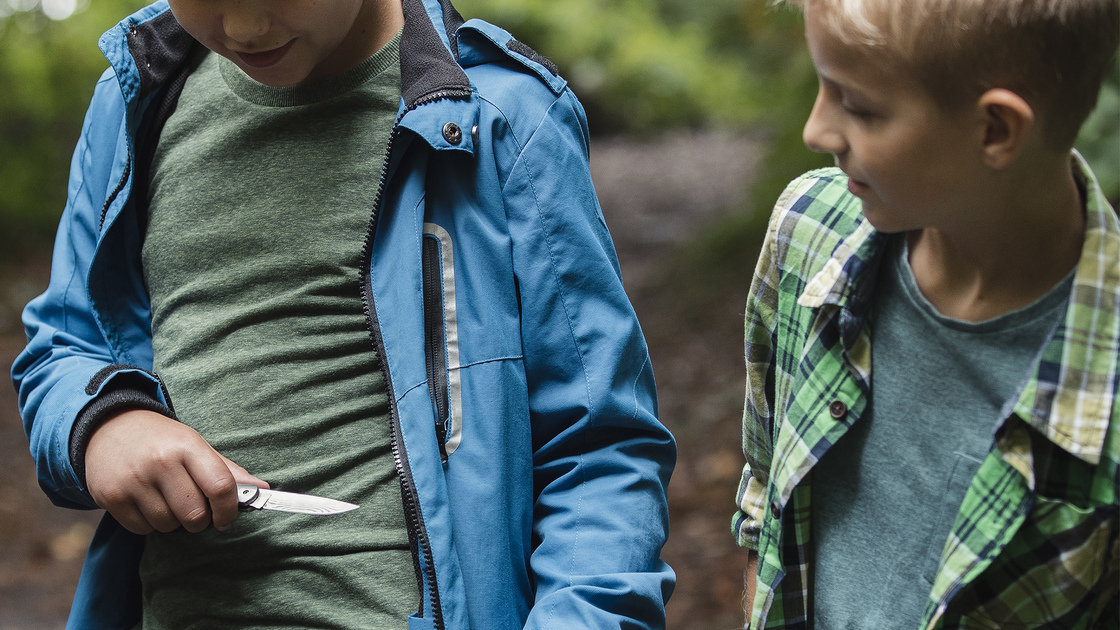 “Your brother is a Cub Scout, and now he knows how to properly use a pocket knife.” My heart sank further and further into my stomach as my dad spoke. “I know it doesn’t seem fair now, but there is a reason for everything,” he continued. “Before long, you will be a Cub Scout too, and then you can use a knife.” In a state between anger and tears, I accepted my sentence and moved on with life—for now.

Soon after this conversation, my brother invited me on an exciting journey—an enormous expedition for any child in elementary school. Together, we were going to go all the way to the back of the yard.

At the back of our lot, we had two towering pine trees. They offered a respite from the hot sun, and they were our targeted destination. The day for our journey came, and we began our seemingly epic trek—which was probably a bit blown out of proportion in my young mind—all the way to the pine trees.

As we walked, I asked Jonathan what we were going to do. He was carrying a camouflage drawstring bag. This almost immediately made me jealous; only trained Cub Scouts could carry camouflage bags. What else could Cub Scouts carry that I couldn’t? Pocket knives.

“I have a couple knives in here—one for me and one for you,” my brother explained. “What we’re going to do is take the edges off of pine cones.” Now this, to my young self, was quite odd.

“You mean we’re going to ‘skin’ pine cones?” I asked, referring to what you would do to an animal hide.

“That’s right, and you’re not going to tell anyone about it.” Well, I was A-OK with that. I wanted to use a knife anyway—especially because I wasn’t allowed to. Though my brother’s project of skinning pine cones was pretty weird to me, I was going to go along with it if it meant I could use a knife.

When we arrived at the pine trees, we both took a seat on our new Cub Scout approved camouflage cushions and whipped out those flashy Swiss army knives that Jonathan had recently been given. This was the life.

About as soon as I started running the knife up and across the pine cone, I noticed blood gushing across my entire hand. It was coming from my finger.

“AHHH!” I yelled as I made a mad dash for the house. As soon as I got to the back door and Dad saw my finger, he didn’t ask questions. He found a towel nearby, called Mom to come quickly, and ushered us into the car. From what I recall, I wasn’t sure if we were in a nascar race or a ride to the hospital. They felt like one and the same.

Once we got to the hospital, the doctor delivered the news: I had cut off a chunk of the tip of my left index finger, and it had to be sewn back on. In addition, there was a gash on my right middle finger. All told, it was not the end of the world, but for me, it was a big deal.

In lieu of the usual punishment, my dad thought that the painful results of my actions—and the embarrassment that came along with them—were enough to teach me the lesson. This I considered merciful, and it was very much appreciated.

As uncomfortable and unnerving as this situation was, it taught me an invaluable lesson. Sometimes, we just don’t know as much as we think we do. Granted, I was small, and this was a small-scale example, but my dad’s instruction to avoid knives was meant to protect me. I didn’t know how to use them. I thought I did, but I proved myself wrong—and him right.

Undoubtedly, we have all had times where we were told to do something that we didn’t want to do—or not to do something that we did want to do. We probably thought that our way was the right way. But then again, we just don’t know as much as we think we do, and it’s better for us to heed the instructions we are given. I still have the scar on my finger to remind me of that.