Death-Defying, Everlasting Love
God shows His true Church the deepest love. The love of the Bridegroom for His Bride.
By Gerald Flurry • Feb. 15, 2019 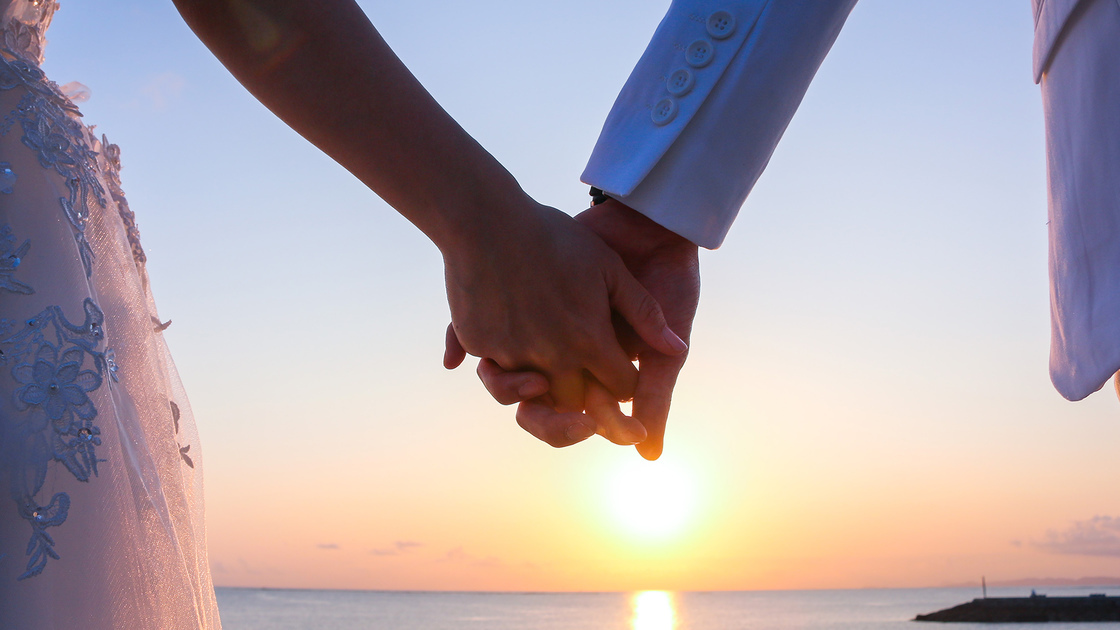 Yesterday, February 14, was Valentine’s Day. This is a pagan holiday long ago adopted by the Roman Catholic Church in order to gain more converts. Look around at the Valentine’s tradition today—it is dominated by immoral sexual desire and infatuation!

By contrast, God gives us a powerful vision of His spiritual Family—a family built on real, everlasting love.

The Apostle John uses John the Baptist to illustrate an important point. Here is an earth-shaking statement he quotes from John the Baptist: “He that hath the bride is the bridegroom …” (John 3:29).

The other Gospels talk about the Bridegroom, but only the Apostle John mentions the Bride. We know how Jesus Christ suffered. So it shouldn’t surprise us if His Bride endures suffering as well. But there’s another part of the picture we must never forget!

Verse 29 concludes: “… rejoiceth greatly because of the Bridegroom’s voice: this my joy therefore is fulfilled.”

Only the Bride hears the Bridegroom’s voice. Who is “the friend of the bridegroom” John the Baptist mentioned? It is the Bride of Christ! We are honored to be the friends of God!

When John heard the Bridegroom’s voice, he really rejoiced—his joy was fulfilled.

God always speaks to His very elect. This voice comes from beyond the stars.

Any husband who loves his wife gives her a lot of attention. Do you think Jesus Christ, the perfect Husband, is different? Look at the attention He gives His Bride. Christ woos His Bride because He loves her. He gives you His attention because He wants your attention. There is nothing like this in the history of man before the Word became flesh, except in a few isolated cases. What a wonderful Husband we have.

John the Baptist continued, “He must increase, but I must decrease” (verse 30). John knew it was winding down for him. He probably knew he was going to die. But at the same time, he was talking about rejoicing—because he listened to the Bridegroom’s voice!

When the Bridegroom speaks, that means He’s talking about the Bride and the wedding! If you hear the Bridegroom’s voice, you are blissfully anticipating your marriage to Christ! Your whole life is focused on that wondrous vision. It is that profound.

John the Baptist listened to this wonderful, spiritually romantic voice. It inspired him so deeply that he wondered how he could be so honored to have his head cut off for the Bridegroom!

What an extraordinary attitude!

Yes, we suffer. We suffer with the Bridegroom. But don’t forget the marriage!

Realize why you have trials and tests. It is suffering for righteousness sake that gets us ready for the marriage!

A righteous death only means you’ve got it made! Of course there is sadness in death; it’s not that it doesn’t matter. But look at the whole picture!

John was about to be thrown into prison and have his head lopped off, and he was listening to the Bridegroom’s voice! I suppose he knew Christ’s evaluation of him, and as a result his joy was made full.

How easy would it be to get depressed in a situation like that? John could have said, Here I am, doing everything I’m told — and I’m about to have my head cut off and presented on a platter to a bunch of pagans! I’ve got to find a different religion!

But that isn’t the way he reacted at all. John the Baptist knew that the marriage to the Bridegroom was real—and, no matter the physical circumstances he faced, he really rejoiced when the Bridegroom spoke, and he thought about that marriage.

Why did John the Baptist discuss the Bride and the Bridegroom shortly before his head was cut off? He was keeping this eternal and most exalted marriage in his mind! He knew that this trial was getting him ready for that marriage without equal, which would last forever.

That vision caused John the Baptist to rejoice in the deepest trial he had ever faced.

As it says in Revelation 19:7, “Let us be glad and rejoice, and give honour to him: for the marriage of the Lamb is come, and his wife hath made herself ready”!

We must have this vision in order to get ready! Without it, we will fail.

If we don’t keep that wonderful marriage in our minds, we won’t be positive and stirred and inspired. But if we think about it deeply, we will say—even when we’re in the midst of trial—even if, like John, we’re in prison and facing execution—that we “rejoiceth greatly because of the bridegroom’s voice: this my joy therefore is fulfilled”!

Is that marriage vivid in your mind? Do you think about when the marriage is consummated and you’re in that headquarters temple with Jesus Christ? I know that God’s very elect have this vision in their minds. But is it deep enough in your mind to cause you to rejoice in your worst trial? You need to ponder that question!

We must suffer, but let’s never forget why we suffer.

Throughout eternity, people will be looking at us and saying, Why, that is the Bride of Christ! Is that vision deep enough to keep you stirred and moved to realize where all this is leading—even if you have to die?

We were born to achieve this future!

This is the greatest marriage there ever will be for all time in all the universe! This is an epic event that will never be duplicated!

But the ultimate tragedy is that 95 percent of God’s people today are too lukewarm to want it!

Jesus Christ—your Husband, your Friend—is doing everything He can to try to woo you so you won’t turn away as the Laodiceans did! He is spreading the table and offering everything to His Bride! And He wants us to keep the marriage in mind so we won’t be drowned in our problems and want to give up.

This marriage is a million times more exciting than any physical marriage!

Think about what our Laodiceans are missing! It is a terrible tragedy. Dying is not a tragedy. Missing out on this eternal marriage is a tragedy!

This is all that even God can give us!

Even on a physical level, when a man and woman are going to marry, they are filled with excitement about planning that wedding, and preparing for that marriage. They can see the marriage so vividly! It’s so stark and striking in their minds that they work to do everything they need to do to be ready for that marriage.

That is what John is telling us we have to do spiritually. We must see it very clearly! Only then will we be motivated to make the changes necessary to become the Bride of Christ.