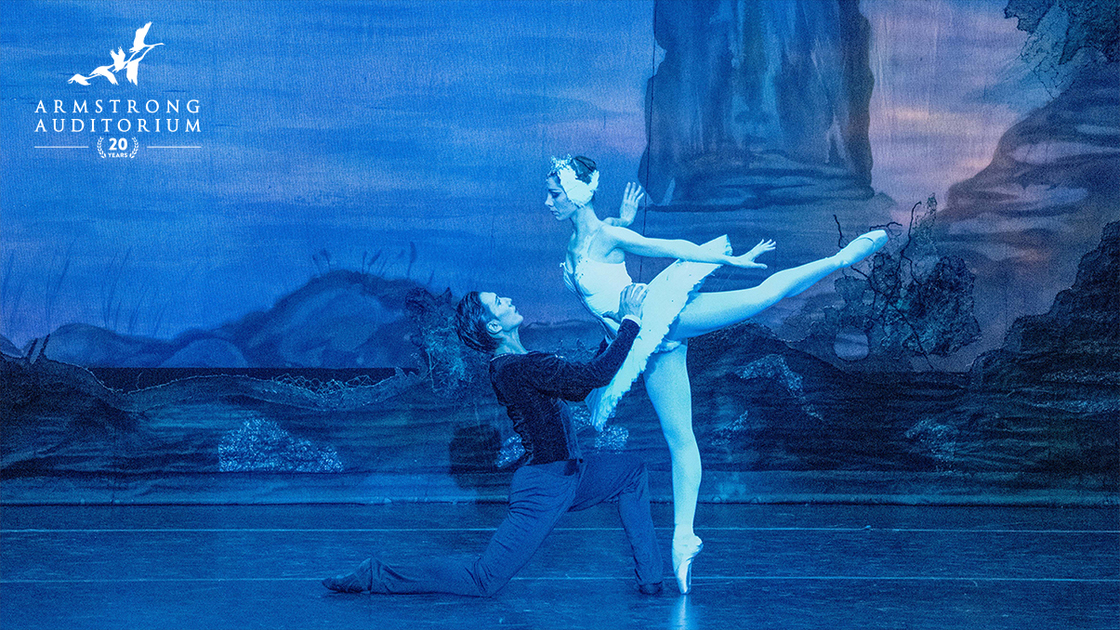 EDMOND—The Russian National Ballet returned to Armstrong Auditorium on January 29 for its fifth performance. It performed Swan Lake, with music by Pyotr Ilyich Tchaikovsky, choreography by Marius Petipa, Lev Ivanov and Yuri Grigorovich, and the staging by Elena Radchenko with assistant Alexander Daev. The event attracted a crowd of 780 patrons.

The 60-minute first half consisted of two acts. With a recording of Tchaikovsky’s powerful music reverberating from the theater walls, the troupe of about 40 dancers leaped and twirled in fanciful costumes before backdrops depicting the prince’s palace, the lake and elsewhere, as they portrayed the story of Prince Siegfried (Aidos Zakan) falling in love with Odette (Hannah Zimovchenko) and the antagonism of Rothbart (Evgeni Ermakov).

During the 20-minute intermission, guests purchased refreshments in the balcony or visited the displays of the “Seals of Isaiah and King Hezekiah Discovered” exhibit in the lobby.

The two acts of the second half portrayed the prince passing over a variety of renowned princesses from other countries, any marriage to whom would add power to his kingdom. He rejected them all for the sake of Odette. But the prince is tricked into thinking another, Odile, is his beloved. After he realizes his mistake, he battles numerous obstacles to find Odette. Fog from side stage effects depicted an intense storm, adding to the drama of the moment. The ballet concludes with the prince reunited with his love.

Visitors gathered in the lobby following the performance to meet, take photos with, and receive autographs from a few of the performers.