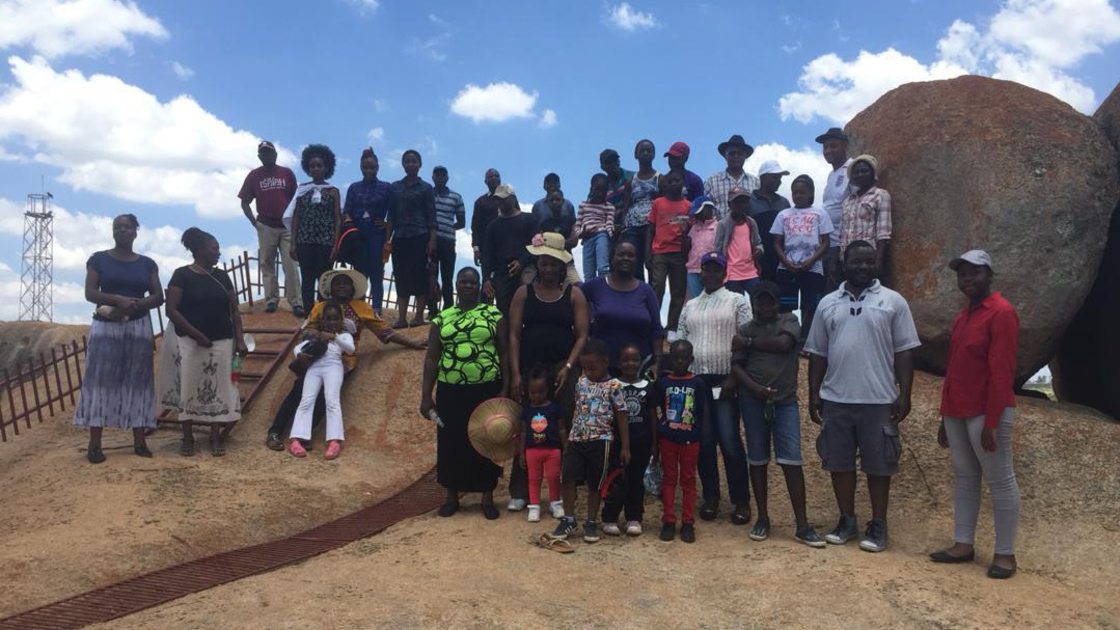 ZIMBABWE—“Nice, calm, unity, peace” were some of the words 40-year-old Saraboy Chisina used to describe the family social that the Harare congregation held on December 2.

Forty-three members attended the outing, which started at 10 o’clock a.m. and ended at four in the afternoon, at Stephen Margolis Resort about 15 km south of Harare.

The event kicked off with a group tour of the resort grounds, which included rock climbing using a ladder, touring Africa’s “Big Five” carved into the balancing rocks, and viewing a small dam from a bridge along the top of the dam wall.

“It was fun to see how some members who have fear of heights mastered their fears to get to the rock summit after a lot encouragement from the rest of the group already waiting on the flat top of the rock,” 11-year-old Haroun said.

While some members were engaged in board games and playing cards, children and teens took turns riding in an inflatable water raft. Others tried out the water bicycle.

Event organizer Kennedy Manyepa said, “The environment is really nice; it is like on oasis of peace. Being together is nice; the cooperation and friendliness are most beautiful.”

Eight-year-old Tiffany said, “My friends and I had a lot of fun at the jumping castles.”

“This is more of a millennium setting,” commented Local Elder John Rudolph. “It’s a good family place. The weather people had predicted rain, but there is no rain, which is great. God knew his people are here.”