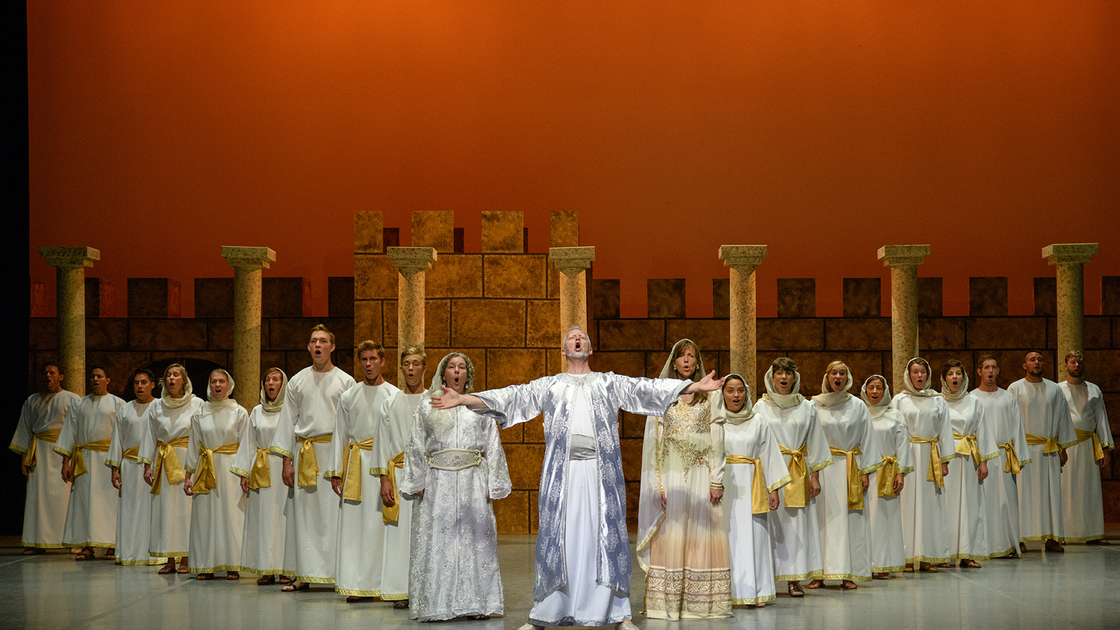 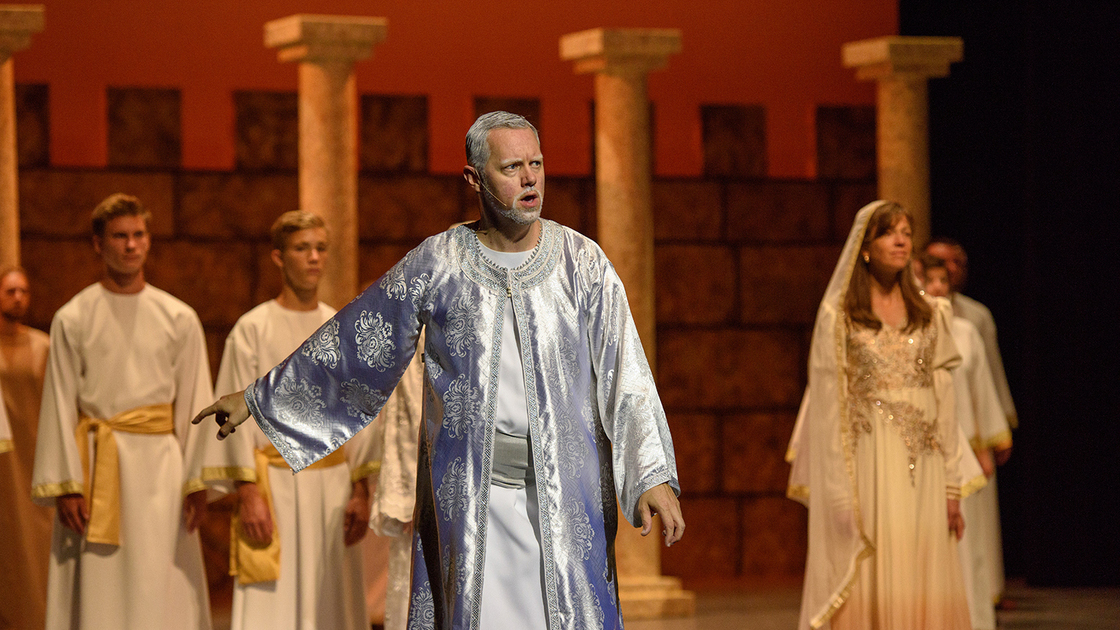 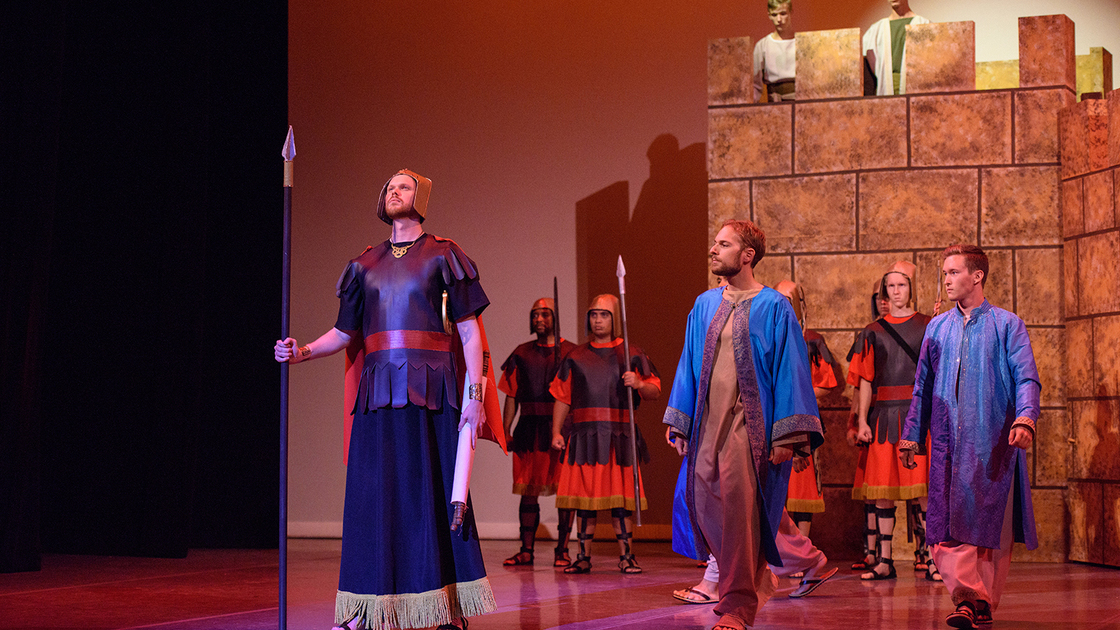 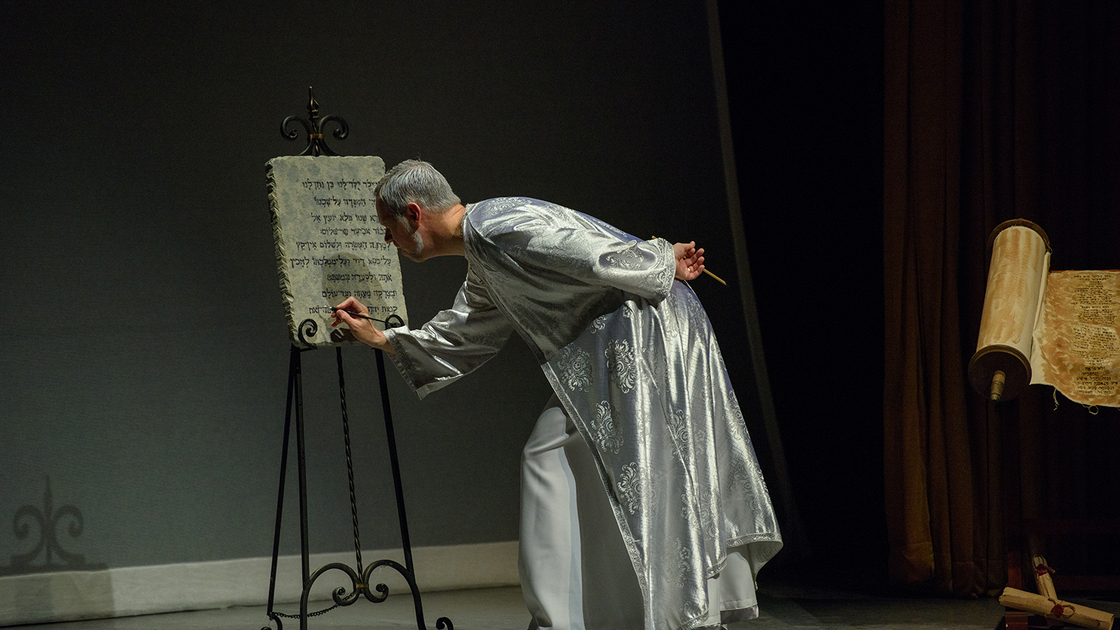 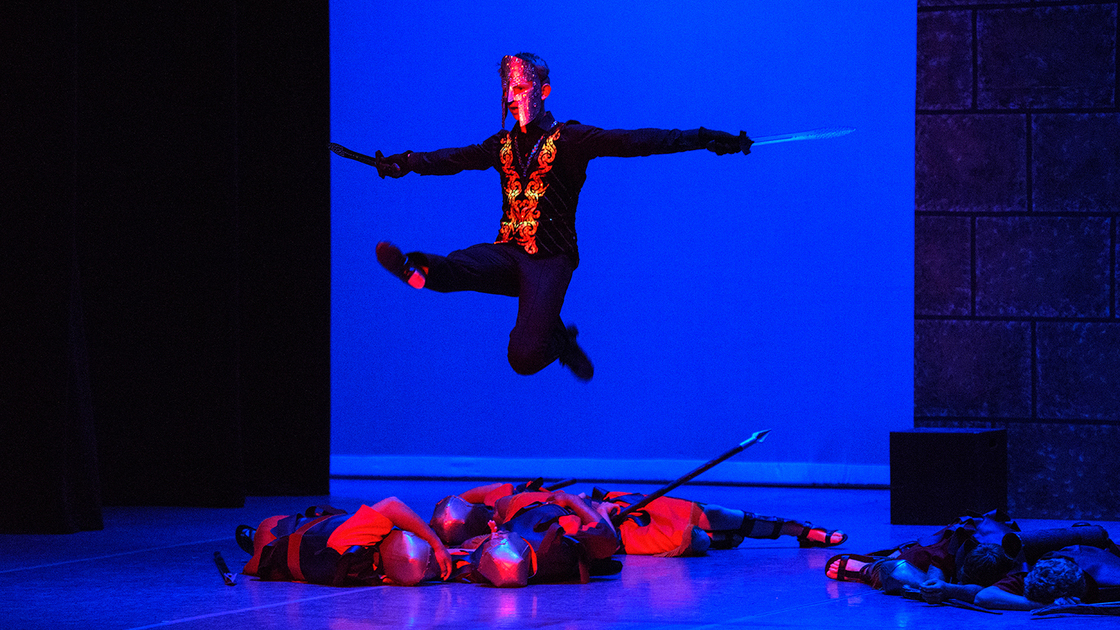 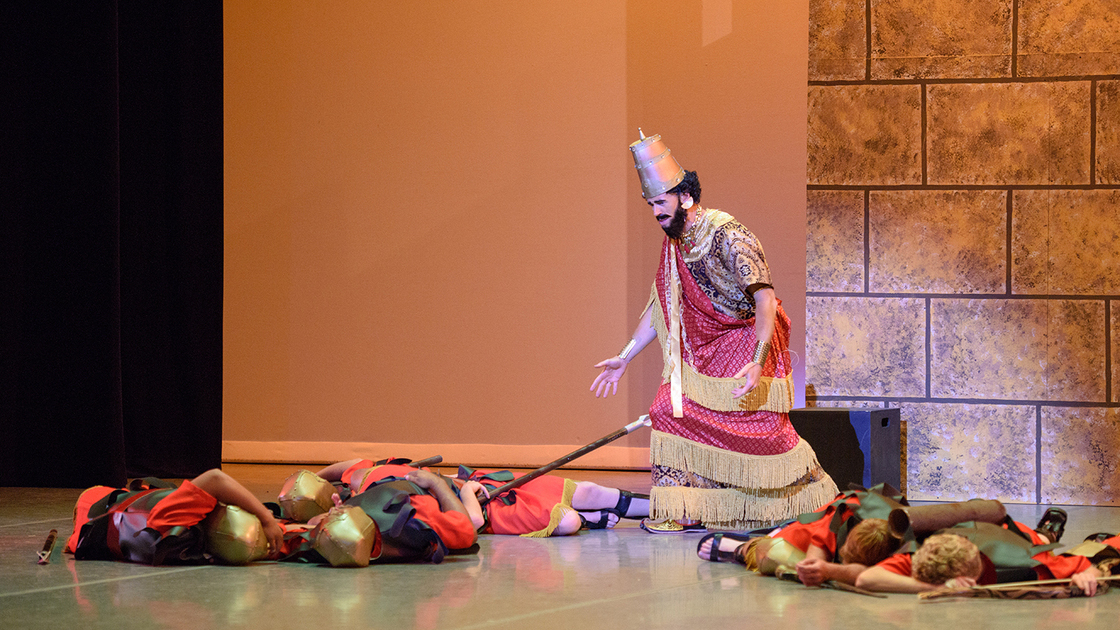 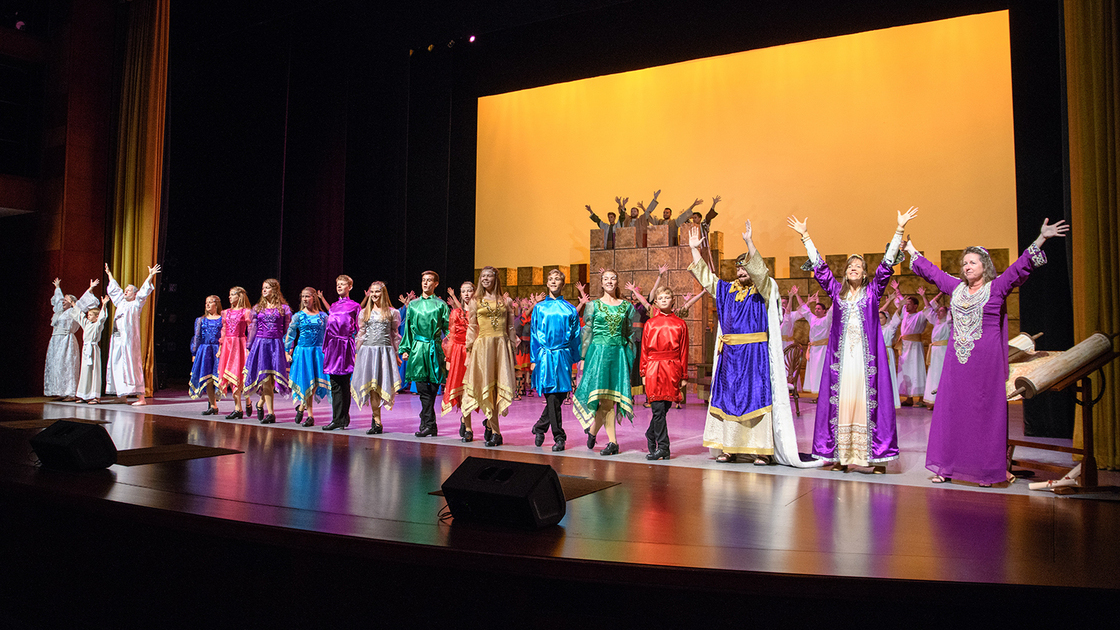 EDMOND—The story of a prophet-king relationship was portrayed in song and dance for 766 guests at Armstrong Auditorium on Aug. 12, 2018, with Undefeated—The Story of Isaiah and Hezekiah.

Pastor General Gerald Flurry commissioned the performance in a sermon on March 10, 2018, that discussed the discovery of clay seals belonging to Hezekiah and Isaiah. Archaeologist Eilat Mazar had announced her discovery of the Hezekiah bulla on Dec. 2, 2015, and her discovery of the Isaiah bulla on Feb. 22, 2018. Mr. Flurry called for another performance of The Book of Isaiah, which showed at Armstrong Auditorium between Jan. 1-4, 2015, but adjusted to focus even more on the relationship between the two leaders.

Mr. Malone modified the roles and some material in the first act, mainly to emphasize King Hezekiah’s need for and relationship with the Prophet Isaiah.

Many of the guests were members of the public, and many were inspired to attend after visiting the Seals of Isaiah and King Hezekiah Discovered exhibit, following its opening on June 10. The exhibit displays the bullae of Isaiah and Hezekiah, along with 36 arrowheads, sling stones, pottery and other artifacts from the conflict between Assyria and Israel. The exhibit, located in the auditorium lobby, has attracted more than 6,500 visitors to date.

Music from Undefeated is available on iTunes,Google Play, and other digital music providers.