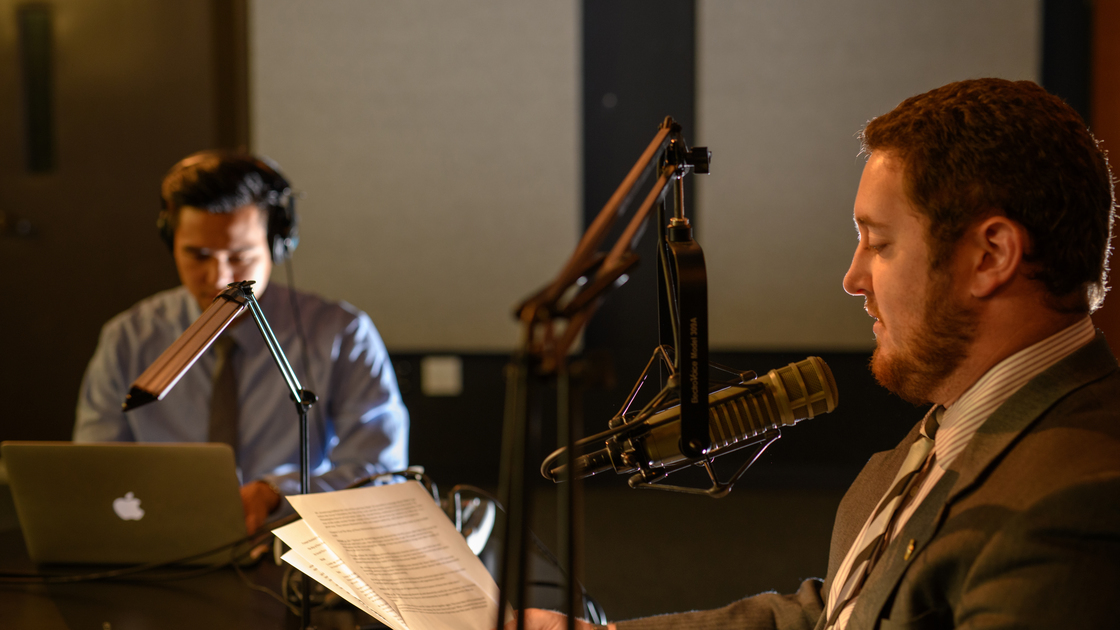 EDMOND—KPCG radio’s newest program airs its next episode on Monday. Behind the Work is hosted by Grant Turgeon and covers news of the Philadelphia Church of God. Since it first went on the air on Nov. 19, 2018, the program has aired eight episodes.

The program was the idea of Pastor General Gerald Flurry: He commissioned Turgeon, who is also his personal assistant and grandson, to create the program as the two flew to Mr. Flurry’s personal appearance campaign in Columbus, Ohio, on November 11. Mr. Flurry wanted Turgeon to give listeners an idea of what is happening in God’s Work and also to go through the Autobiography of Herbert W. Armstrong. Mr. Flurry typically plans the content of each Behind the Work episode.

“Because of this,” said Turgeon, “Behind the Work is an excellent way to get a glimpse at what’s on the mind of God’s apostle.”

Turgeon said that Mr. Flurry has reserved the right to appear on the show at any time. Meanwhile, Turgeon has conducted other on-the-air interviews with four early members of the pcg to share their experiences in the Church’s early days.

“Listeners will receive a better big-picture understanding of the relevance and purpose of God’s Work,” Turgeon said, adding that he “will continue to accumulate inside sources with firsthand knowledge of every department within the work,” hoping that this “will, in turn, allow [members] to enhance their prayers and passion for it.”

Behind the Work airs for under half an hour on Mondays at 11:30 a.m. (Central Time) on kpcg.fm.

#2: Giving Thanks for the Work: Turgeon discusses gratitude for aspects of the work of the Philadelphia Church of God.

#3: Why We Watch France: Turgeon covers Mr. Flurry’s recent emphasis on the French.

#4: PCG Anniversary Special (Part 1): Turgeon interviews his mother, one of the original 12 members of the pcg.

#7: The Great Falling Away: Turgeon interviews Evangelist Alex Harrison about the ministerial conference and his 42 years of experience in the Church.

#8: The Spirit of Godly Thinking: Ahead of the 33rd anniversary of Herbert W. Armstrong’s death, Turgeon discussed the work that God did through him.