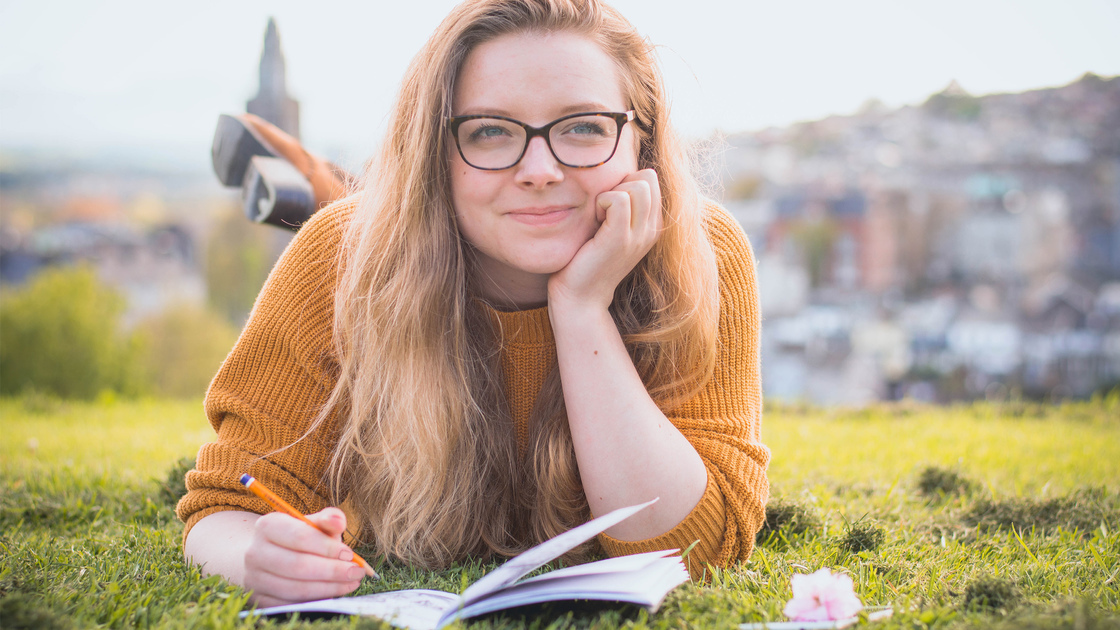 Imagine you are sitting in a movie theater, waiting for a movie to start. The moment the lights go down is often the best part—that is the moment of anticipation. In much the same way, the beginning of a story should give you a promise that it is going to lead you somewhere that is worth your time. It should build anticipation like a pebble being pulled back in a slingshot.

A Steinway technician once told me: “People don’t remember what they heard at concerts; they remember what they felt.” In a sense, that is true with articles as well. Readers won’t necessarily remember everything they read, but they will remember their emotional response to it.

Whether it is art, music, photography or writing, the crux of what you are doing is trying to elicit an emotional response from your audience. If you do not open up that sort of relationship with your readers, they will finish the experience having felt nothing. In order to create this relationship, you need one thing: a moment worthy of art.

Over the last 15 years, I have written literally hundreds of articles of one type or another—many of them for True Education. I know which articles draw the most response, but it’s not necessarily the most important articles or the articles where I did the best writing. The articles that people read, remember and respond to are the ones where I told a story with an illustratable moment—a moment worthy of art.

This illustratable moment is the one that people lock on to in their minds. People grasp on to moments, not descriptions of things happening. They want to be there in the moment with you. When you write, you need to pick that moment, and then include your reader in it. There has to be a crucial moment where they are looking through your eyes as they read the article. That moment is often just before the turning point of the story—it usually leads into the lesson of the story.

Most people’s brains work in pictures. If I write diamond, most of you don’t picture the word “diamond” in your head. You picture the object—a shining gem, or maybe a ring. When you write an article, you have to put pictures in people’s brains that stick. Build a picture that is so vivid that the readers feel like they are actually there with you. They might not remember your seven points, but they will remember the story behind those points—which will help them remember the points in the long run.

During a Ted Talk, screenwriter Andrew Stanton said: “Can you invoke wonder? Wonder is honest; it’s completely innocent; it can’t be artificially evoked. For me, there’s no greater ability than the gift of another human being giving you that feeling. To hold them still for a brief moment in their day and have them surrender to wonder. … The best stories infuse wonder.”

“Lesson From a Life” is the best category to enter into the writing portion of the Teen Talent Contest. Most articles written by teenagers for True Education are this type. There are a few steps to take when coming up with a topic for your life lesson article. First, the most important thing you can do is pray about it. Second, consider your audience. You are writing to other teens. Your story should have a simple, straightforward lesson that they can learn from and apply in their own lives. Third, pick the story based on the lesson.

One mistake people make sometimes is coming up with and writing the story—and then trying to find a lesson to fit it. The lesson needs to come first. Don’t force a lesson into the story.

A way to find a beneficial lesson is to think back on instances where you were fearful, scared or hurt. Think of why you were fearful or why you got hurt. Those are usually things you don’t want to repeat, and you might have changed your behavior because of them. We can usually learn lessons from situations like those.

Most of these stories will write themselves if you pick the right topic. Put effort into finding the right story—something that has stuck out in your mind and changed you for the better.

If you have a great story but cannot think of a lesson for it, move on. Also make sure that your story doesn’t embarrass your family, your friends or your neighbors. Be careful about what lesson you write and how you present it. You don’t want to cause long-term damage to your reputation or to the reputation of those around you.

Once you’ve picked a topic, there is one more vital step you must take before you begin writing: In one sentence, write the purpose of the story you are about to tell. For example, “After I nearly fell off the edge of a cliff, I learned the importance of obeying my parents.” That’s a simple one-sentence explanation of the story. Keep it in mind as you write your article.

If you cannot express the point of your article in one simple sentence, your topic is too broad or complex. Go back and narrow it down.

The word count can be anywhere between 500-1,200 words. That is a one- or two-page article in True Education.

The basic structure of a “Lesson From a Life” article should be: Story, transition, analysis. Write the story in its entirety first—from beginning to end. Then, write a short transition—it can be a sentence long—and begin analyzing your story. In other words, present the lesson of the story.

There are rare instances where you might modify the structure a bit. For instance, in some cases, you might keep a little bit of the story back until the end of the article as a conclusion. Even less often, you might spread your analysis through your story. The basic structure always works fine, however, so you do not have to modify it.

Here are several other tips to help you write your entry.

1. Learn from the past. Find old “Lesson From a Life” articles in the True Education magazines or online at pcg.church/youth. Note which ones are memorable to you, and apply the techniques the authors used to your own writing. Don’t take your admiration for someone else’s work too far though. Make sure your story is original.

2. Try to paint the story in vivid detail. You want your readers to feel as though they are right there with you, in the middle of the action.

3. Don’t spend too much time on the lesson. If you have told your story well, the lesson should be pretty obvious. Put more of your effort into writing the story part, and then the lesson will follow. The clearer the lesson is in your mind before you begin to write, the clearer it will come across in your writing.

4. When you finish your first draft, go over it carefully. Check for mistakes or places where the story is hard to follow. Try to make this draft as polished as possible, and then have a friend, parent or sibling read your story. Use their input in putting together your final version.

5. Cut at least 10 percent out of your final draft. When you think you have finished your article, go back, read it, and cut out at least 10 percent. There is guaranteed to be language that you can tighten. Some professional writers will tell you that they always take out at least 50 percent! The final process is always a contraction—cutting back and getting rid of all the things that don’t need to be there. Reading it out loud often helps you figure out what to cut out.