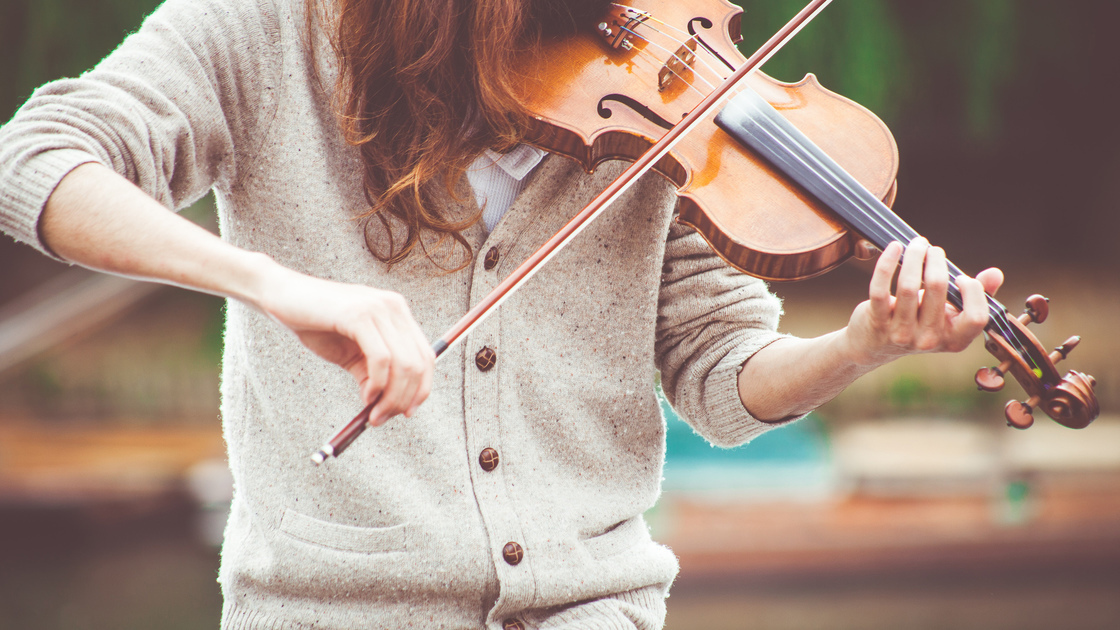 The performing arts category of the Teen Talent Contest is unique. Those who enter it must take private lessons with a teacher, and the teacher must sign off on the piece they perform—so this competition might be a little less accessible than the other categories.

The way to get really good at a performing art is to follow the pattern given to you by someone who has already gone through it. Teaching yourself can take you to a certain degree of accomplishment, but we are looking for an even higher standard. A teacher will make sure you are going through the process in the best way.

The performing arts category also requires entries from the classical repertoire. This isn’t because we think classical music is the only great type of music or that it is the only thing you should be listening to. But we know that in terms of growing in a talent—increasing in your skill level—teachers have chosen this kind of repertoire for their students for hundreds of years.

For the performing arts competition, all contestants submit a video of their performance, and we watch the videos and decide whether or not to accept you into the final round.

This particular category judges all of the performing arts. It is divided up into age groups to take into account the varying skill levels that younger and older teens have.

Whatever the art form, judges are looking for the same thing: a particular ability to execute a performing art to the highest level based on your skill level.

For example, Mr. Armstrong wrote about going to see his first Major League Baseball game in the Autobiography. He wrote, “I had seen a number of minor-league games. I had played a great deal of baseball as a boy, between ages 11 and 18. But it seemed to me that this major-league brand of baseball was the most monotonous and least exciting of all.

“Then I began to understand the reason. They were better players. There was no wasted motion. When a shortstop picked up a hot grounder, he didn’t get all excited and wildly wind up before throwing to first. He scooped up the ball as his throwing arm was smoothly moving into throwing position, and effortlessly it was thrown with speed straight to the first baseman. The players were not making as many motions, but actually the ball was traveling faster.

“It’s the same in all branches of athletics. The novice makes work of it—goes to unnecessary effort. The champion does it smoothly, with precision.

“The same is true with workmen. A greenhorn beginning as a carpenter wastes a lot of motions with his hammer, plane or saw, and quite frequently his hammer misses the nail altogether. The experienced carpenter does it smoothly, effortlessly to all appearances, but he is getting the job done faster.”

A caution: If you try to perform something that is above your skill level because it is more impressive, but you make a lot of mistakes doing it, you won’t win. It’s much better to do something within your skill level—something that you can execute cleanly. It might not be as difficult as someone who has been studying music for a couple more years than you, but if you perform more cleanly, you could still win. If you go just beyond what you can do and mess up a lot, however, you’ve removed your ability to compete.

So we are judging the technical ability, and there are some similarities in all art forms: the control of your facility (whether it’s your body, your core, your fingers, your voice), the cleanliness of the hard shoe taps or the scale on the piano—those things can be clearly evident.

We also judge musicality. For a musician, this means that we judge your performance based on how accurately you perform your piece. When we are dealing with the classical repertoire, we don’t change what is on the page. That would almost be like changing a word in a piece of well-known classic literature. The music has survived for hundreds of years, and we want to see if you are able to execute it exactly as it is.

Musicality is also about your ability to interpret a phrase. You can play all of the right notes, but what are those notes saying? For example, where does the phrase begin and end, and what is its high point?

When composers write a piece of music, they expect to hear back what they’ve written, but notation doesn’t tell us everything. It is up to you to make your piece emotionally resonant—something that will connect with your audience. That requires that you go beyond what you see on the sheet music—but what you see is the bare minimum.

For dancers, the judges will be looking for a good relationship between the movements and the canvas of the music. You are putting your movements on top of the music, and how much the two lock together is clearly evident. If your dance contains the sound of your feet, then the rhythm of your taps will be important to keep clean.

For singers, the judges will be looking at posture and breathing, among other things. In fact, posture is important no matter what the art form is. Whether you are in the batter’s box or singing an aria, posture is a universally important element.

Judges also look for your stage presence. Confidence as a performer is not necessarily vanity. It can be. But you know from being an audience member that if the performer you are watching is confident, you are more comfortable. You have watched enough nervous performers to know that it doesn’t make you comfortable when the performer is nervous. So if you are confident as a performer, it is actually a way that you give to the audience. It can be a way to put an audience at ease and make them excited to hear you—not worried about whether you are going to stumble or not.

This doesn’t mean judges will be looking for showmanship. That could indicate that you are trying to compensate for a lack of skill. They aren’t just looking for a performance that has entertainment value. They want to see you grow not as an entertainer but as an artist—someone who can express the concepts written on a page of sheet music in an elevated and inspiring way. Now, being a “showman” and an entertainer can overlap with being a skilled performer, and that certainly should be the case. A professional who has poise and presence on stage and who is skilled and can execute the technique well can still give people the entertainment rush they desire. So it is certainly a good thing to be growing in both of those areas.

For your video, be dressed in semi-formal or formal wear; make it a high quality video in terms of the surroundings, what you wear and the video resolution. You don’t have to go overboard thinking about those types of things, but do think about your stage presence as you make the video.

Make sure you stay “in character” the entire piece. The moment you mess up—everyone does—but then broadcast it, you’ve broken character. But if you don’t broadcast it when you mess up, you will help your audience feel more comfortable with your performance.

It’s also a good idea to hold the character of your piece until the sound completely dissipates. Don’t drop it immediately. A lot of entrants will start to leave as soon as the final note is done. Rather than breaking character immediately, let the sound linger, and then “break character.”

For more information about the specific rules regarding the performing arts category of the Teen Talent Contest, visit: https://pcg.church/teen-talent-contest. The website talks about the minimum time requirements for your performances, which we have in place to ensure that you are at a skill level that is competition-ready. For dancers, it would be best to perform the steps or the routine that you would do in any other competition, not necessarily a choreography that you’ve made up on your own. Other details are also mentioned on the website, so make sure you take a look at that. Then, start preparing your 2019 Teen Talent Contest performing arts entry!