Preserving the God Family Vision
God’s own Church has discarded the truth about His nature. His loyal remnant must stand up!
By Gerald Flurry • Jan. 4, 2019 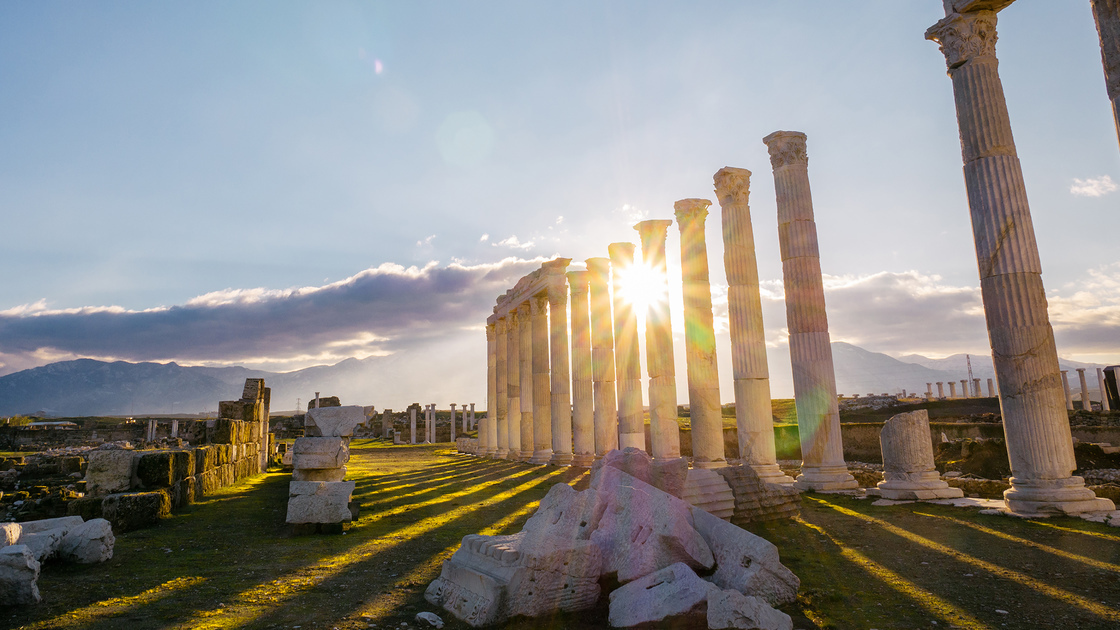 After Herbert W. Armstrong died in 1986—and even before, in some cases—corrupt leaders inside the Worldwide Church of God made many deceptive doctrinal changes. One major change became apparent when the wcg began saying that Christ is the central figure of the gospel.

The gospel is the good news about a soon-coming Family of God administering the government of God on this Earth and in the universe. Who is the Head of the Family? The Father—not Christ! Christ Himself taught this (John 14:28).

The Father asks, “Where is my honor?” (Malachi 1:6; New King James Version). The Laodiceans who preach a gospel about Christ have lost the true gospel. That is why they no longer give the Father His honor. Malachi is a book aimed primarily at the Laodicean churches (specifically their ministers) after Mr. Armstrong died. It is a now book.

Paul was in jail when the split came between the Colossians and the Laodiceans. Surely, Paul prayed very hard for God to release him from prison so he could help the Laodiceans as they turned away from God! God could have easily worked such a miracle. But He did not. Why? God knew what Paul would do spiritually. He wanted to know what the individual Church members would do! God must see if all true Christians can follow Him without looking to any man.

“Wherefore, my beloved, as ye have always obeyed, not as in my presence only, but now much more in my absence, work out your own salvation with fear and trembling” (Philippians 2:12). Paul could only warn the Laodiceans just as he warned the Philippians. Their salvation was hanging in the balance.

God wants to remove the high-powered personalities and see how much you, individually, value this incredibly awesome future!

Are you working out your salvation with “fear and trembling”? It’s between you and God.

Today, Mr. Armstrong is dead. He is unable to directly help us now. And that’s the way God wants it! He wants to know how much you love Him and the “hope of the gospel.” God wants to know if you will follow Him now that Mr. Armstrong has been taken out of the way! This test is very revealing.

“Giving thanks unto the Father, which hath made us meet to be partakers of the inheritance of the saints in light: Who hath delivered us from the power of darkness, and hath translated us into the kingdom of his dear Son” (verses 12-13). The Father was thanked. He is the one who delivered us from the power of darkness—from Satan and the demons. Only the Father calls us out of the world (John 6:44). Only the Father begets sons! Then He puts us into the care of Christ. This is the true role of Jesus. But this is not the role that the wcg teaches about Christ today.

There is the Father, Christ the Son, and many more sons in the Father’s Family. Father, Son, Family of God—this is “the hope of the gospel”!

God the Father handpicked you Himself. That’s so incredible it could make a person faint!

This is the gospel (or good news) of the Kingdom—or Family—of God. The Family of God is about to rule this Earth, and we have an invitation to be the very Bride of the Father’s Son—Jesus Christ. Christ’s role is to be the saints’ Husband; He is not the central figure of the gospel.

Members of God’s true Church are begotten sons of God, about to enter the Family of God—headed by our Father. Only the Father begets sons, and then He turns them over to the “kingdom of his dear Son.”

That good news ought to keep us inspired forever!

Christ was always exalting His Father—not Himself. See John 4:23; 5:30, 37; 6:44; 8:49-50; 14:10, 23, 28—“my Father is greater than I.” These are just a few scriptures from the book of John. The New Testament is filled with similar scriptures. Paul was warning the Colossians and Laodiceans that some members were getting away from the true gospel and preaching another Christ.

It is also a strong warning for the end-time Laodiceans. They too are preaching another gospel and another Christ. That is precisely what is happening to the Laodiceans today. The book of Colossians is a very prophetic book.