The Book of Chronicles and God’s Ministry
God’s ministers must hammer home the basics!
By Gerald Flurry • Dec. 28, 2018 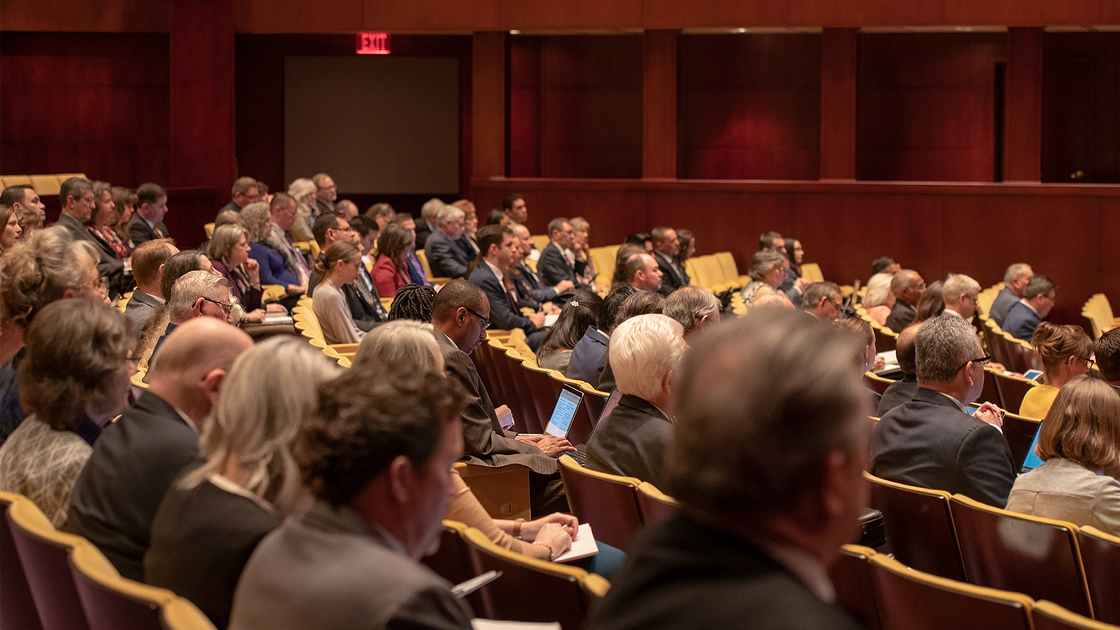 The Philadelphia Church of God headquarters campus in Edmond, Oklahoma, is currently in the middle of hosting the 2018-2019 ministerial conference. Sixty-one ministers from ten nations are attending, along with their wives.

The biblical book of Chronicles holds valuable lessons for God’s ministry. It comprehensively describes how King David arranged and structured the jobs of the priests and Levites. Ezra really focuses our attention on these details, putting great emphasis on the ministry and the temple.

Lange’s Commentary brings out how Chronicles gives prominence to the tribe of Levi, its ordinances, divisions, offices and functions. Chapter 27 of 1 Chronicles discuss the military and civil offices under David. Ezra the scribe also recounts the arrangements David made shortly before his death in a great assembly of the people (chapters 28-29). It was all done “[t]o make sure everything was going in a predominantly spiritual direction and the spiritual state of the kings,” Lange’s says of the priests and the Levites.

So Ezra is talking about both kings and priests, which also shows that this message is mainly for us. All the priests and the Levites were organized very carefully. Like David, God’s ministers must be extremely well organized in order to ensure we get the maximum out of this worship of God and that we are ready to rule church and state when Christ returns! If ministers do not do their jobs, disasters will result! Today, 95 percent of God’s people have turned away from Him—probably the greatest disaster ever to strike God’s Church! Satan has taken them captive because they were not able to preserve God’s truth.

Lange’s also notes that “Ezra was showing the magnitude of the festivals.” Why was this important? Because Israel went into captivity for breaking the Sabbath and polluting God’s holy days.

God’s Church must make sure those holy days are organized. Those festivals picture God’s master plan, and they have so much depth that we will never get to the bottom! We must never allow them to become mere rituals, or a major catastrophe will always strike!

What causes righteous nations and churches to go astray? The Sabbath and holy days become ritualistic; the ministers’ messages become dull, boring and meaningless. We must never let that happen. Ministers are there to make the holy days deeper and more meaningful every year.

Ezra was showing the Jews why they went into captivity. It revolved around polluting and profaning the Sabbath and holy days.

Ezra was pounding home the basics. God’s people have had a terrible, terrible track record in this age. At the end of his life, Mr. Armstrong grew upset with and even pleaded with the ministers, saying, You men need to talk more about the Sabbath! That was stunning—yet look at what happened when they failed to heed that admonition and got away from the basics.

After hearing Mr. Armstrong say that, I went home and prepared a sermon on the Sabbath. I could tell that God helped me more with that sermon than any other in quite a while. Why? Because I was heeding the government in the Church—and also because it is such a vital subject!

If a minister sees that such a basic subject is really needed, he should prepare and deliver it and see if God doesn’t give him special help—even if people respond to it negatively. The minister is not up there to impress somebody or make himself look good. He is there to try to give God’s people what He wants them to have. God always backs that, even if it is the most basic subject you have ever heard in your life. If it’s what they need, that is what God’s minister should give!

To learn more about this important subject, study my booklet The Book of Chronicles—A prophecy about raising the ruins in the entire universe!