Stay the Course
My cheerful smile faded into a half frown …
By Mikaylah Lorenz • Jan. 2, 2019 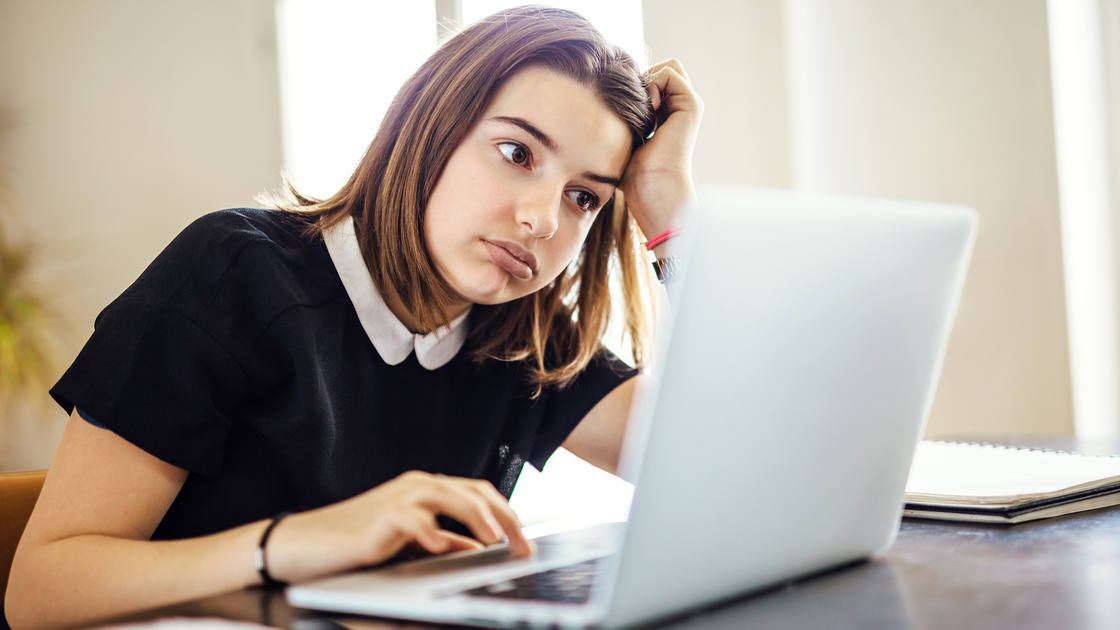 “I am going to choose … software!” I exclaimed as I filled in my year-11 course application. It was December. I had just completed my year-10 final exams, and we were about to go into summer break (the seasons are opposite in the Southern Hemisphere). I had thought hard about all my courses except this one. I simply wanted software because I thought it would be fun and cool.

The break passed quickly, and I found myself in the first week of school. I was delighted. I had seven brand new subjects to study, and one of them was software! I could already see myself creating games, programs and websites. I started planning how I would rush through all my other homework so that I could get to this one fun class.

The day finally came: our first Software Design and Development class. But as I opened the brand-new textbook and looked at the shiny, text-covered pages, my cheerful smile faded into a half frown. By the middle of the first page, my countenance had completely changed. What?! I shouted in my head. This was supposed to be the fun class! There must be some mistake! On the page in front of me, written in thick black ink and bolded font, was the seemingly enormous four-letter word: math.

I had somehow read over the “Advanced Math Abilities” recommendation in the course description and decided for myself what this course would be about. I despised math. I did everything I could to avoid it. And now, my “fun” class had turned into my biggest nightmare—less than five minutes into the first lesson.

Computer programming requires a sharp, mathematical mind, and while I was comfortable with general mathematics, I wasn’t very good at using algebraic formulas in algorithms. I found them difficult and tiring. With every passing week, there was more and more homework. Instead of rushing my other classes to get to this one, I tried to prolong them in order to avoid software homework as much as possible.

After several weeks, I decided to ask my mom if I could drop the course entirely. “It’s just so difficult and time consuming,” I complained. “I have so much other schoolwork on my plate, and it seems impractical to continue this one when it won’t further me in getting a job or anything.” I pointed this out in the most logical way I could. She said I could bring it up to my teacher.

When I asked my teacher, he responded: “Mikaylah, you can drop this course if you feel like you can’t do it. The decision is yours.” His disappointed tone made me feel terrible.

I walked away from that conversation feeling like I shouldn’t drop the course. My reasons were flawed. Then again, I wouldn’t have to see or talk to that teacher again, so it wouldn’t matter if I didn’t continue.

Next, it was time to get my father’s approval. When I asked him, he looked at me and thought for a few seconds.

“You have never dropped a course before. Why can’t you do this one?”

“It’s just so difficult!” I replied.

“That is your reason?”

“Well, among other things … yes.” His question forced me into deep thought. I felt like a quitter. I had never quit anything in my academic career. Why was I starting now?

“The decision is yours, Mikaylah. You need to make up your mind about what you want to do,” my dad said in a low tone. This was not the answer I was looking for. I was seeking the easy way out. I wanted my dad to support me in my decision to quit, but he put the decision squarely on my shoulders where it belonged.

I retired to my study desk and thought. I weighed my decision and the effects it would have. I asked myself why I truly disliked the subject. I flicked through the course syllabus. I thought about the ability to create different programs. Then I prayed. The next day, I announced my decision to my parents: “I will stick with the Software Design and Development course.”

I delved into my software homework, stopped procrastinating, and decided that I would actually enjoy this course—despite the fact that it was difficult, draining and mathematically based. I decided that this would be a hurdle I would overcome and conquer. My previous attitude toward the subject was based on the wrong foundation. I had taken this course on the premise that it would be easy. When I found out that it was exactly the opposite, I wanted to give in before I had even really started. I viewed the course in a negative light, and therefore I made up excuses for why I should drop it instead of finding reasons for why I should complete it. I didn’t want to do hard things—I was searching for the easy way out. From that point on, I decided to challenge myself, both in school and at work.

I completed my software course two years later. By the time I graduated the course, I had learned to enjoy the challenge it presented me and to work hard on it. I had brought my letter grade up from a D to a B, and I had created a number of games, programs and websites—just like I had wanted to when I first decided to take that course. As a result of taking software in school, I was presented with a number of work opportunities, including being hired as a dental nurse and administrative assistant after I graduated.

This decision to stay the course changed the way I viewed school and life in general. I learned that if you start something, you should finish it, no matter how challenging it may become.