Prepare to Be Judged
One way to develop your human spirit
By Mark Jenkins • Dec. 31, 2018 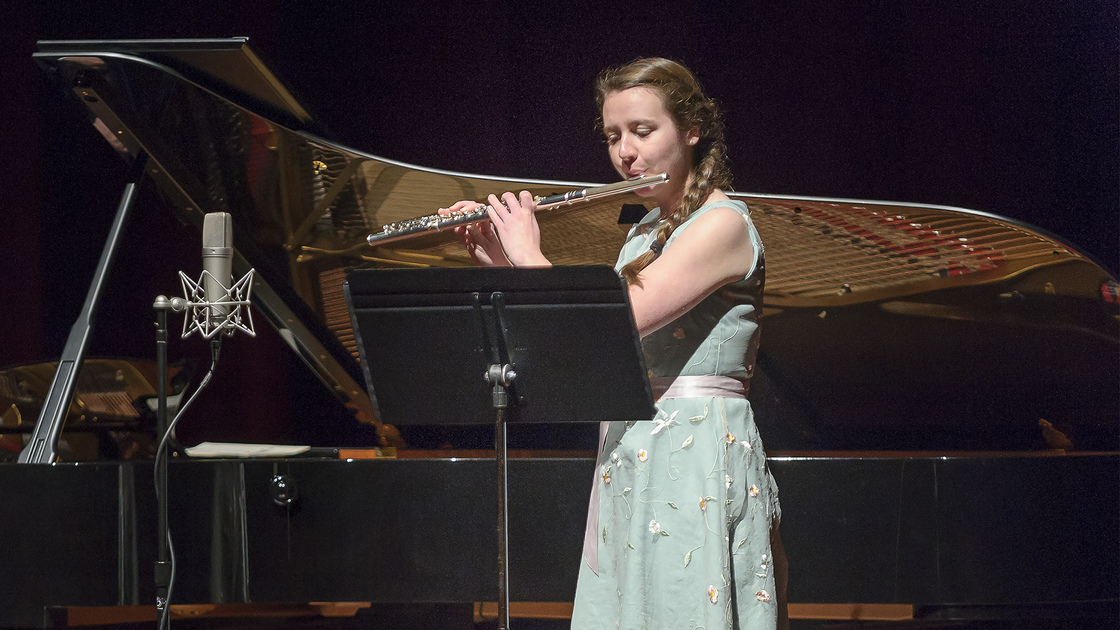 As a young person developing your human spirit, setting goals is important, and one way to do that is through the Teen Talent Contest. In a 2013 interview, Herbert W. Armstrong College music director Ryan Malone said the Teen Talent Contest “helps them [that’s you!] to push themselves to a higher level so that everyone is really striving for the very best that they can achieve.” It is also “an outlet for some healthy competition,” he explained, “based on excelling to your best level [and] trying to help the other excel.”

Mr. Malone and I both know what the competition feels like as a teen. The year was 1988, and we had been assured that older teens—specifically, two older girls from a nearby congregation—would win the Worldwide Church of God’s Teen Talent Contest. But my Chopin Polonaise was ready, Mr. Malone’s Rachmaninoff Prelude was ready, and we did not come to lose.

We were actively developing our skills. Aside from practicing the piano two hours a day, we listened to a lot of live piano music as young people: at least two hours every Thursday night from 7-9 p.m. from the time I was 12. You see, our teacher required that all of her students attend her studio’s weekly performance class (much like an informal recital). Most weeks, I was required to play from memory. The rest of the time, I carefully observed the other pianists in the class if my homework for the day was already completed. Since I lived nearby, I often stayed well past the required 9 p.m.

When Mr. Malone and I did win, our names were announced. There were no trophies, no money—not even a piece of paper when we won the regional division. In contrast, we did each receive participation trophies as members of a basketball team that lost every game later that year. Today, the Church awards cash prizes!

This was my first experience in the Teen Talent Contest, back in Worldwide Church of God days. We entered and won again as 13-year-olds, but that was the final time. Both of our families joined the Philadelphia Church of God when we were 14, and the Teen Talent Contest was not revived until well after our teen years. I never entered any category except for Music although I certainly did my fair share of teen writing and have done a great deal of writing since. Hey look—I’m writing right now!

There will be specific advice in an upcoming issue on how to prepare your entry for the contest, but in the meantime, I would like our readers to take a first step: Commit to entering this year’s contest. Pick your strongest area whether it be music, writing, dance, photography or some other category—and then give it your might (Ecclesiastes 9:10).

The thing is, we need to develop our human spirits. In the January 2018 True Education, Mr. Malone wrote: “In Hebrews 5, the Apostle Paul said that ‘strong meat’—a metaphor for spiritual maturity—belonged to ‘those who by reason of use have their senses exercised to discern both good and evil’ (verse 14). If we don’t develop the human spirit, how mature or advanced can we really be spiritually?”

You might feel that you have just started to develop your skills—and that might be true. Everything starts small. Humanity began with one married couple. The Work of God had the smallest of beginnings. Jesus Christ compares the Kingdom itself to a mustard seed, “Which indeed is the least of all seeds: but when it is grown, it is the greatest among herbs, and becometh a tree, so that the birds of the air come and lodge in the branches thereof” (Matthew 13:32).

The great athletes, the great musicians, the great writers—the people at the top of most professions—developed and honed those skills while they were still young—and so must you! The important thing is that you start and put in real, driving effort.

We all have different aptitudes, and God expects us to develop them. That’s one reason the contest requires that a teacher sign your entry for the music and dance competitions. Your development, in addition to your personal effort, needs guidance from someone who has been where you are. Those great athletes, musicians and writers all had outstanding coaches, teachers and mentors guiding them through the process.

The practice you put into dancing, writing or playing an instrument will pay off. Having spent several hundred hours in those performance classes as a teenager prepared me for performances as an adult. Working on these things as a young person greatly reduces the negative impact that nerves can bring. The technique for playing an instrument becomes habitual and automatic. But these things take time. By committing today—and by deciding what your entry will be today—and then working on it consistently with expert guidance between now and the deadline, you prepare yourself to submit a quality entry.

And if you’ve been paying attention, I just gave you the first two laws of success: Set the right goal, and then educate yourself toward that goal. In the coming months, you will have the time to practice, to study other artists, to read other writers. And you can find immense satisfaction in those things as you build it into your daily routine. The skills and the character you develop will last well beyond the contest. The money you will win will last less time.