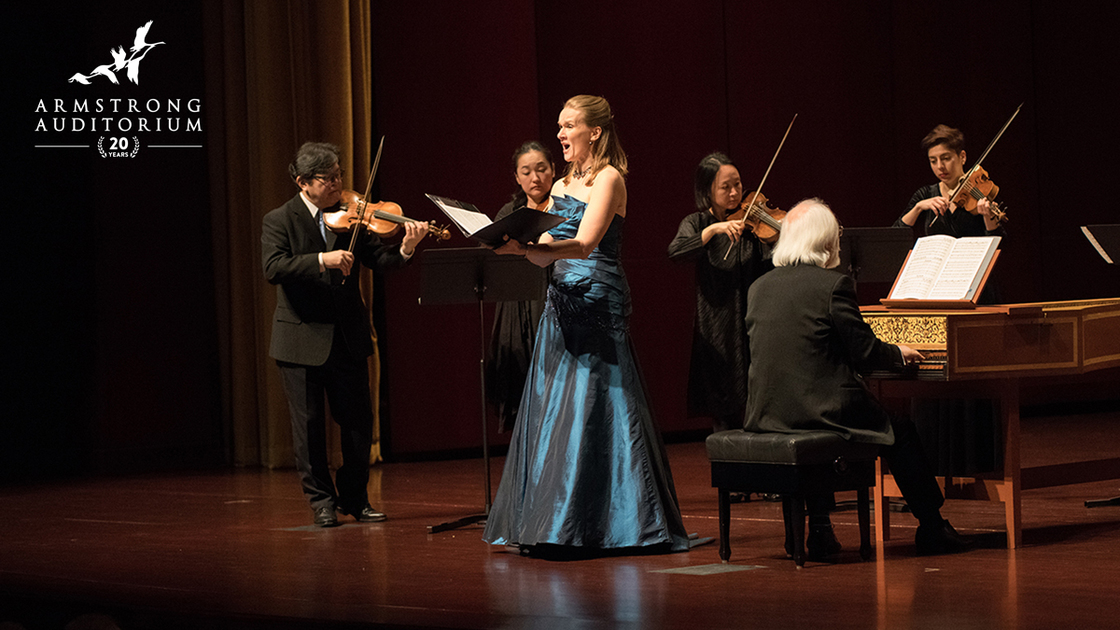 The award-winning group performed a number of baroque-period pieces with Suzuki alternately playing the harpsichord and conducting from his bench, sometimes with one hand as he continued to play. The first half began with the 20-minute Orchestral Suite No. 2 in B Minor by Johann Sebastian Bach, followed by Concerto Grosso in D minor for Two Violins and Cello by Antonio Vivaldi and then soprano Joanne Lunn joining the ensemble to sing “Languet anima mea” by Francesco Conti. Lunn’s controlled voice filled the auditorium, performing the coloratura sections of the piece with precision and emotion.

Following a 20-minute intermission and refreshments, concertgoers heard the Oboe Concerto in D Minor by Alessandro Marcello. A portion of the ensemble next performed Paris Quartet No. 1 in D Major (1737) by Georg Philipp Telemann. The concert concluded with Joanne Lunn returning to the stage to join the ensemble once again, performing Silete Venti by Georg Friedrich Handel. The fifth and final movement of that piece, Aria: “Alleluja” was performed by coloratura Paula Malone at the groundbreaking of Armstrong Auditorium in 2008.

According to the group’s website, Suzuki formed Bach Collegium Japan in 1990 to introduce Japanese audiences to great music of the baroque era (c.1600-1750). The ensemble consists of a chorus and an orchestra whose instruments are constructed after the Baroque style.