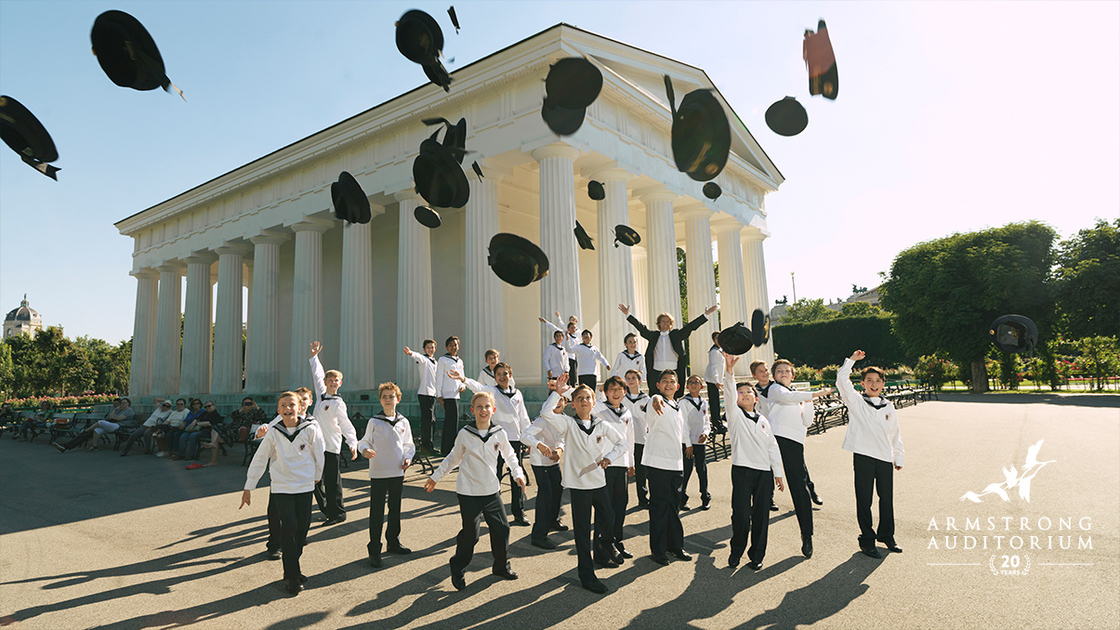 The concert marked the fifth time the foundation has hosted the choir, which is known in German as the Wiener Sangerknaben, with the group first appearing in November 2000. The boys choir also appeared in 2002 and 2005, prior to the construction of Armstrong Auditorium, and in the auditorium in 2011. This is the most a group has returned to perform for the foundation.

The choir was founded over 500 years ago in 1498 to sing for the Holy Roman Emperor Maximilian i. Today, the boys of the choir range in age from 9 to 14 years old and come from Austria, China, Germany, Hong Kong, Hungary, Japan, South Korea and the United States.

Their program Vienna Waits For You! Featured songs some unaccompanied selections, as well as others accompanied with piano, and even other various instruments such as a kazoo, a metal pipe and other percussion.

The first half included a medieval plainchant titled “Veni Sancte Spiritus,” referring to the giving of the Holy Spirit on the Day of Pentecost; “Confirma hoc Deus” by Gallus, a Renaissance adaption of Psalm 68:29; and other works by Haydn, Mendelssohn and Schubert. Choirmaster and pianist Oliver Stech explained that Schubert was himself a member of the Vienna Boys Choir in the early 1800s. The group sang Schubert’s “Goldner Schein,” meaning “golden radiance,” “Widerspruch,” meaning “contradiction,” Schubert’s setting of Psalm 23, then ended the first half with Rollo Dilworth’s arrangement of “Joshua Fit the Battle of Jericho.”

After a 20-minute intermission with pie and other refreshments, the group sang “Theme From New York, New York” by John Kander, “Vienna” by Billy Joel and “For Ever!” by Josef Strauss, which portrays the perpetual movement of a hamster running within a hamster wheel.

The audience gave the boys a standing ovation, which resulted in two encores: the well-known Disney song “Under the Sea” followed by a traditional South African greeting song “Hlonolofatsa.”

“Vienna Boys choir. Awesome! Armstrong Auditorium bringing in the best as usual. Everyone needs to experience Armstrong,” one visitor commented.

The 2018–2019 Armstrong Auditorium concert season schedule is available at ArmstrongAuditorium.org.