The Hidden Dangers in Keeping Christmas
Do you know what God thinks of this holiday?
By Gerald Flurry • Dec. 24, 2018 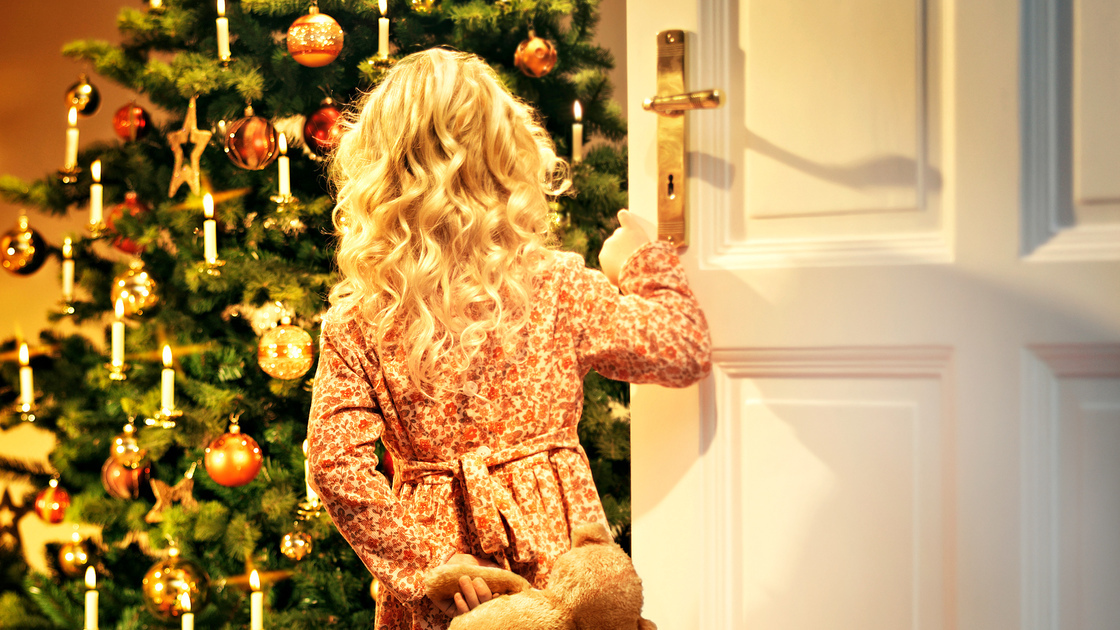 Christmas is the most popular holiday in the entire world, supposedly representing peace, joy and family harmony. However, more and more people are realizing that Christmas is the polar opposite of these idealistic expectations. The gift-giving tradition has devolved into a materialistic, frenzied, dangerous shopping spree. Physically fighting for discounted goods has become commonplace. Buying gifts frequently plunges families into debt, which leads to depression, drunkenness, accidents, discord, divorce and even suicide. These are alarming fruits!

What is the real spirit of Christmas? What is this holiday all about? There is a hidden danger in observing this day that we should be on guard against.

Christmas has a strong tie to the sun god. Three centuries after Christ’s death, church leaders finally decided to preserve this pagan celebration and affix Christ’s name to it.

Getting together for family reunions is certainly a good thing, but what does that have to do with the holiday of Christmas itself? God’s Word reveals a hidden danger in keeping Christmas.

Here’s what your Bible says about the time of Christ’s birth: “And there were in the same country shepherds abiding in the field, keeping watch over their flock by night” (Luke 2:8).

Our booklet The Truth About Christmas states: “December is in the midst of a cold, rainy season in Judea [Song of Solomon 2:11; Ezra 10:9, 13]. The shepherds always brought their flocks in from the fields and mountains to be corralled by mid-October at the latest, for their protection.” Christ’s birthday couldn’t have been December 25!

Some people acknowledge the pagan origins and the historical inaccuracy of Christmas but still believe it’s right and good to celebrate this day. But there is a hidden danger: Every one of the pagan customs later converted into Christmas began with some kind of rebellion against God!

Volume 12 of the Bibliotheca Sacra notes: “The interchange of presents between friends is a like characteristic of Christmas and the Saturnalia, and must have been adopted by Christians from the pagans, as the admonition of Tertullian plainly shows.”

Santa Claus is another fraudulent aspect of Christmas. Parents lie to their children about his existence, then these children are shocked and saddened when they find out the truth. Many of them start to question their belief in God. Lying about Santa Claus affects our children’s faith in God!

Where did this character come from? Volume 11 of the Encyclopedia Britannica reveals the origins of Santa Claus, also known as Saint Nicholas:

Saint Nicholas, bishop of Myra, a saint honored by the Greeks and Latins on the sixth of December. … A legend of his surreptitious bestowal of dowries on the three daughters of an impoverished citizen … is said to have originated the old custom of giving presents in secret on the eve of Saint Nicholas, subsequently transferred to Christmas Day. Hence the association of Christmas with “Santa Claus” ….

Another part of Christmas is exposed as having pagan roots. Do we really know what God thinks about Christmas?

“Christmas” means mass of Christ. Did the original apostles keep Christmas? No. Did Christ keep it? No. Remember, Christmas didn’t exist until the fourth century a.d. Herbert W. Armstrong wrote in The Plain Truth About Christmas:

But with the advent of Constantine as emperor, who made his profession of Christianity in the fourth century, placing Christianity on an equal footing with paganism, people of the Roman world began to accept this now-popular Christianity by the hundreds of thousands.

He went on to explain how pagan worship of the sun was converted into the Son of God and applied to Christmas.

The book of Genesis tells of the great tyrant Nimrod, who ruled over much of the known world thousands of years ago (Genesis 10:8-9). His name means “rebel” or “rebelled.” He was the grandson of Noah’s son Ham. He built the tower of Babel and ancient Nineveh. Mr. Armstrong wrote about Nimrod’s mother: “Semiramis, through her schemings, had become known as the Babylonian ‘queen of heaven.’ That made Nimrod the ‘divine son of heaven.’ Together they became a perverted mother-son tandem.”

Gradually, Nimrod put himself in place of the true God. He was called Baal or Tammuz, meaning “master” or “lord,” and acted like he was ruler of the universe.

“Hear ye the word which the Lord speaketh unto you, O house of Israel: Thus saith the Lord, Learn not the way of the heathen, and be not dismayed at the signs of heaven; for the heathen are dismayed at them” (Jeremiah 10:1-2). God condemns worshiping the “signs of heaven,” yet Nimrod was considered by his followers to be the sun god. Semiramis was called Astarte—the great queen of Assyria, or the queen of heaven. These two demigods are actually the figures glorified in Christmas celebrations around the world today—usually in the form of mother and child, depicted as Mary and Jesus.

A God of Power!

The evergreen tree in relation to Christmas is also a pagan symbol. “For the customs of the people are vain: for one cutteth a tree out of the forest, the work of the hands of the workman, with the axe. They deck it with silver and with gold; they fasten it with nails and with hammers, that it move not. They are upright as the palm tree, but speak not: they must needs be borne, because they cannot go. Be not afraid of them; for they cannot do evil, neither also is it in them to do good” (Jeremiah 10:3-5). The Prophet Jeremiah wrote about “Christmas trees” 600 years before Jesus Christ was born! It was pagan then; it’s pagan now.

“Forasmuch as there is none like unto thee, O Lord; thou art great, and thy name is great in might. Who would not fear thee, O King of nations? for to thee doth it appertain: forasmuch as among all the wise men of the nations, and in all their kingdoms, there is none like unto thee” (verses 6-7). Jeremiah explained how the pagan traditions of Christmas distract us from the power of God! The little baby Jesus isn’t exactly a picture of strength. By observing this pagan celebration, people are moving away from an absolutely essential understanding of the great, living, powerful God!

God has tremendous power! We cannot function without that power. “But the Lord is the true God, he is the living God, and an everlasting king: at his wrath the earth shall tremble, and the nations shall not be able to abide his indignation. Thus shall ye say unto them, The gods that have not made the heavens and the earth, even they shall perish from the earth, and from under these heavens. He hath made the earth by his power, he hath established the world by his wisdom, and hath stretched out the heavens by his discretion. When he uttereth his voice, there is a multitude of waters in the heavens, and he causeth the vapours to ascend from the ends of the earth; he maketh lightnings with rain, and bringeth forth the wind out of his treasures” (verses 10-13).

There are a lot of problems in this world. Racial division, terrorism, national debt, political hatred—we can’t solve any of these problems! Only God can save us from these plagues, which are a sign of Christ’s Second Coming.

We need a religion of power and might and authority, or else we’re totally helpless! “For the pastors are become brutish, and have not sought the Lord: therefore they shall not prosper, and all their flocks shall be scattered” (verse 21). God places enormous responsibility on pastors, especially those in His one true Church. They will be held accountable for allowing their congregations to be scattered—and for preaching that it is acceptable to observe Christmas.

“O Lord, I know that the way of man is not in himself: it is not in man that walketh to direct his steps. O Lord, correct me, but with judgment; not in thine anger, lest thou bring me to nothing” (verses 23-24). This is the attitude we all need! The Prophet Jeremiah humbly asked God to correct him. He wanted to know whether God approved of the traditions of Christmas.

Where in the Bible does God command observing the birthday of Jesus Christ? Christmas and other pagan holidays detract from God’s holy day plan, which includes memorializing the death of Christ. The last of the annual holy days, the Last Great Day, pictures the time when God will resurrect all the billions of people who have lived and died, never having known God, and will give them a chance to know Him for the first time. That is beautiful and wonderful truth!

God prophesied that problems would multiply in the end time just before Christ returns (2 Timothy 3:1). “Having a form of godliness, but denying the power thereof: from such turn away” (verse 5). Weak, fake religion is a major issue today! There is power in true religion—power to overcome the devil and the ways of the world, power to become a spirit-born son in the Family of God for all eternity!

Pagan customs like Christmas distract us from the power of Almighty God. Does anything else besides His perspective and His commands really matter? He promises to protect the tiny group of people who dedicate themselves to His Work and obey Him—in every area, including that of Christmas.