God’s Revelation to One Man
For over five decades, God used Herbert W. Armstrong to teach the world the meaning of the Bible’s prophecies.
By Gerald Flurry • Dec. 21, 2018 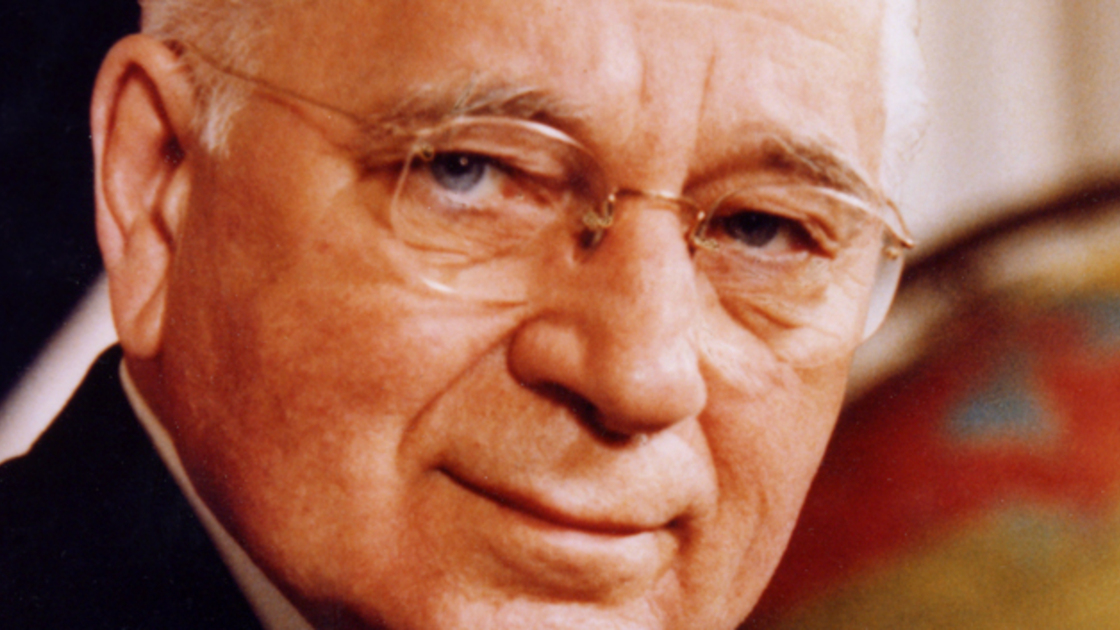 Next week, the Philadelphia Church of God headquarters campus in Edmond, Oklahoma, will host the 2018-2019 Ministerial Conference. Ministers from around the world will gather in Armstrong Auditorium for approximately 40 hours of biblical instruction in five days.

Our ministerial conferences today are vastly different from the conferences in the wcg after Herbert W. Armstrong died in 1986. In 1988, I attended a conference at the Worldwide Church of God headquarters in Pasadena. I had an idea for the presenters of the World Tomorrow broadcast that I believed would make some excellent television programs: to show viewers how so many of the prophecies Mr. Armstrong had talked about were coming to pass—even then, so soon after he died!

At the time, it puzzled me that the Church was not promoting those prophecies. Looking back, it is clear that the leaders in Pasadena were moving completely away from Mr. Armstrong’s teachings. At that conference, I began to sense that something serious was not right, and I ended up not sharing my idea.

He Was Right will make your hair stand on end! But it will also build your faith as you read, study, and master it. You will know that God is bringing to pass exactly what He said He would.

Many of these prophecies focused on Europe. Prophecy tells us Europe is destined to be the world’s next superpower. This was something many people ridiculed him about. Even today, many people look at Europe and scoff at the idea that it could be so powerful. But look closely at what is happening there. Prophecy is screaming toward being fulfilled!

In the November/December 1954 Plain Truth, Mr. Armstrong wrote plainly, “Germany inevitably [will] emerge as the leader of Europe” (emphasis mine throughout). In the June 1952 Plain Truth, he wrote that “a re-armed, independent Germany” would end up becoming “the heart and core of the united Europe that will revive the Roman Empire.” He made that statement just seven years after the war in Europe ended with Germany lying in ruins.

Just like Mr. Armstrong said would happen, Germany is now the “undisputed master of Europe”!

More commentators are recognizing that Germany is behaving more and more like an empire—or, more accurately, “the heart and core of the united Europe that will revive the Roman Empire”!

This is precisely what Mr. Armstrong warned about for decades! He was right!

At the time of the economic disaster in Greece at the end of 2008, I wrote in a Philadelphia Trumpet article titled “Did the Holy Roman Empire Plan the Greek Crisis?”:

Berlin has been planning for this crisis before it even adopted the Euro. European elites knew it would eventually come. And they will soon present a solution. … However it happens, Germany is prophesied to come out on top in this financial crisis. Social unrest and riots will eventually force Europeans to succumb to a strong united government of Europe, led ultimately not from Brussels [Belgium], but from Berlin [Germany].

Greece is just one of the first places to have trouble. But national economies across Europe are deteriorating, and soon, if trends continue, much of the Continent will be in trouble. … Of all the EU member nations, it is Germany that is in the strongest position to dictate terms for any bailouts sought by the EU’s weaker members such as Greece.

Watch Germany. Watch for Germany to be at the helm in a restructuring not only of EU member nations’ economies, but of the entire European Union itself! That union will be united and then guided by the Vatican.

So who is now the real economic power in this world? Germany.

That too was carefully planned. The Germany-Vatican combine is gaining power that this world can’t even imagine!

The crisis in Greece is a forerunner of a whole rash of similar crises set to soon break out across Europe. They will provide the catalyst for the EU’s leading nation, Germany, to rise to the fore with solutions of its own making. Biblical prophecy declares that the result will be a European superstate with Germany at the helm. And that is not good news for America, Britain and the little nation called Israel (theTrumpet.com, Dec. 31, 2008).

How did Mr. Armstrong know this was going to happen? How could we forecast these events so accurately? It is only because of God’s revelation.

Revelation 1:1 says, “The Revelation of Jesus Christ, which God gave unto him, to shew unto his servants things which must shortly come to pass; and he sent and signified it by his angel unto his servant John.” God the Father gave this revelation to show His servants what is going to happen. He gave it to Christ, and Christ gave it to an angel, and that angel gave it to God’s man. In this end time, Mr. Armstrong received that revelation.

Think about the fact that God the Father revealed this truth! What would happen if we didn’t show the world all that the Father has shown us? Receiving this revelation is an honor and a responsibility!

Ninety-five percent of God’s people have turned their back on God. They have said, “We’re not going to show the world this revelation—we want to be part of the world instead!” What is God going to do with those people?

And what does God think of those precious few who will stand up and show the world what He has shown them? I encourage you to read He Was Right and really get it in your mind and memory. It will build your faith!

It won’t be long before the whole world is reading that booklet.