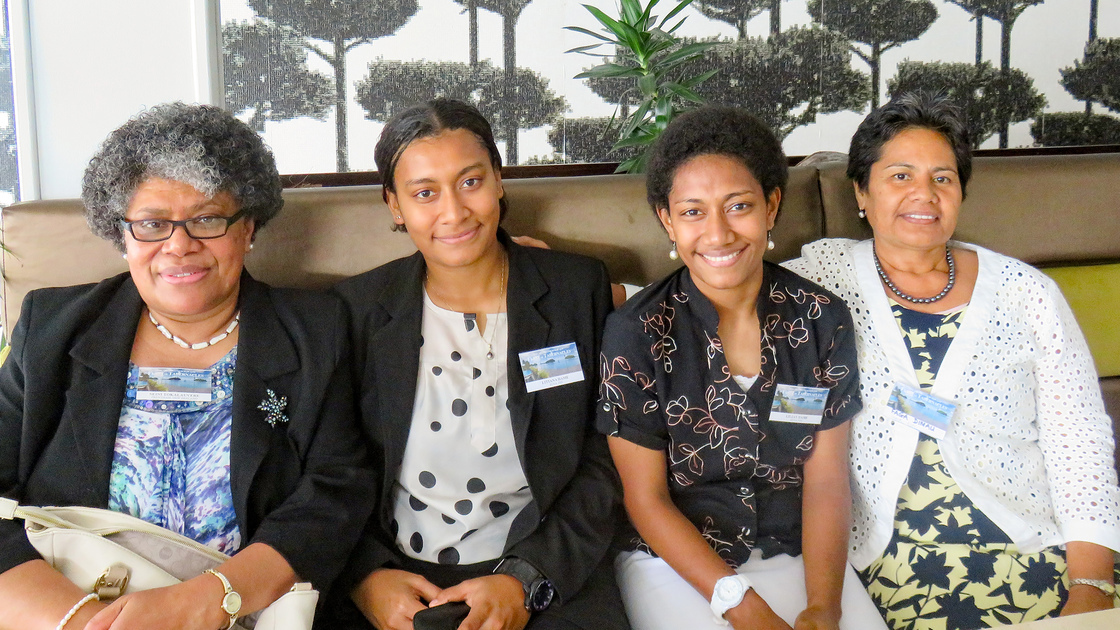 “If everyone takes care of everyone else, then everyone is taken care of.” When I heard the minister say this during his message some months ago, it really stuck in my head. As I thought about this statement, a powerful example of an event I witnessed many years ago popped into my head. It displays this simple-yet-profound lesson.

In 2006, my family and I traveled to Fiji for the Feast of Tabernacles. It was an amazing Feast, and it was totally unique from anything I had seen to that time or have seen since. My memories of the country itself are mostly limited to the word hot. As we stepped off the plane, we were smacked in the face by a thick, humid sheet of hot air. To the un-acclimatized visitors, it felt almost like we were suffocating.

As we made our way into the terminal building with all the other passengers, we were greeted by a small group of Fijian men strumming various guitar-like instruments and singing us a welcome to their country. Then we made our way back into the suffocating outdoors. Sweat instantly poured off of us as we headed to the shuttle van that would take us to the hotel. As we arrived at the van, Fijian women were there to welcome us by placing long necklaces of cream-colored shells around our necks.

One thing I do remember clearly from this trip was the enthusiastic “bula” that you were constantly hearing from the locals and Church brethren. It became our favorite word to run around saying. In Fijian, “bula” literally means life, but it is used as a greeting, like the word hello. When you say hello in Fijian, what you are really doing is wishing the person health and happiness.

Because of our big family, we had to make frequent trips to the grocery store during the Feast. I remember one comment that I heard my parents say so often: “The food is so expensive!” Since we only had to pay these prices for a week during the Feast, we were fine, but for the members that faced these costs year-round, it was difficult. Usually, they didn’t have a lot.

Like every country, Fiji has its beautiful areas, but there is also a lot of poverty. Outside the popular tourist spots and beautiful resorts, this country tells a different story. The poverty rate in 2015 was estimated at 28.1 percent. In the rural areas of Fiji, however, it is estimated that 60 percent of households live below the poverty line. Only about 50 percent have access to clean drinking water, and even less have access to proper sanitation services.

I remember seeing a few beggars sitting in the streets, many of them missing limbs, with a dirty cloth laid out in front of them and only a small silver coin sitting in one corner.

Many of the brethren struggled in this environment, but one thing stood out: They were constantly happy! In surveys calculating the happiest countries in the world, Fiji is always toward the top of the list. And of all its citizens, God’s people would have to be the happiest people in the country!

At this particular Feast, most of the members stayed in the same hotel complex. The buildings formed an ‘O’ shape around a large, open grass area and a swimming pool. Many evenings, we would end up gathering together in this middle section. The children and teens would be running around or swimming together, scaring each other about the killer whales that we were convinced lived in the deep end of the pool, while the adults would be watching and talking.

At the end of the Feast, we got together as an entire Feast site. I don’t remember exactly what day it was, but it may have been for dinner after the Last Great Day, right before everyone started heading in separate directions. We all came together one last time, bringing all the food that we had left over from the Feast to share for dinner.

No one had very much individually, but that pile of food on the table was huge! When everyone gave everything they had, there was plenty for everyone. It reminds me of the story in Matthew 15, where Christ fed the multitude with seven loaves and “a few little fishes” (verse 34). Here, everyone’s “few little fishes” seemed to multiply. Go to any one of those member’s homes, and the supply would be limited. But when everyone brought all the food together, it was overflowing, and there was more than enough to satisfy everyone.

This may seem like a simple example, but it was a powerful one. The Fijians were a living example of Proverbs 11:24: “One man gives freely, yet grows all the richer; another withholds what he should give, and only suffers want” (rsv). Everyone there gave freely and received a bounteous return. If anyone had hoarded their own food to themselves, chances are they would have lacked and maybe even gone hungry. As it was, those who had the most gave everything, and those who had the least gave even more.

To this day, this story stands out in my head as a powerful witness of what it means to be a family. Families look out for one another and contribute everything they have to benefit the whole. If we are a family, then everyone takes care of everyone else, and everyone is taken care of.