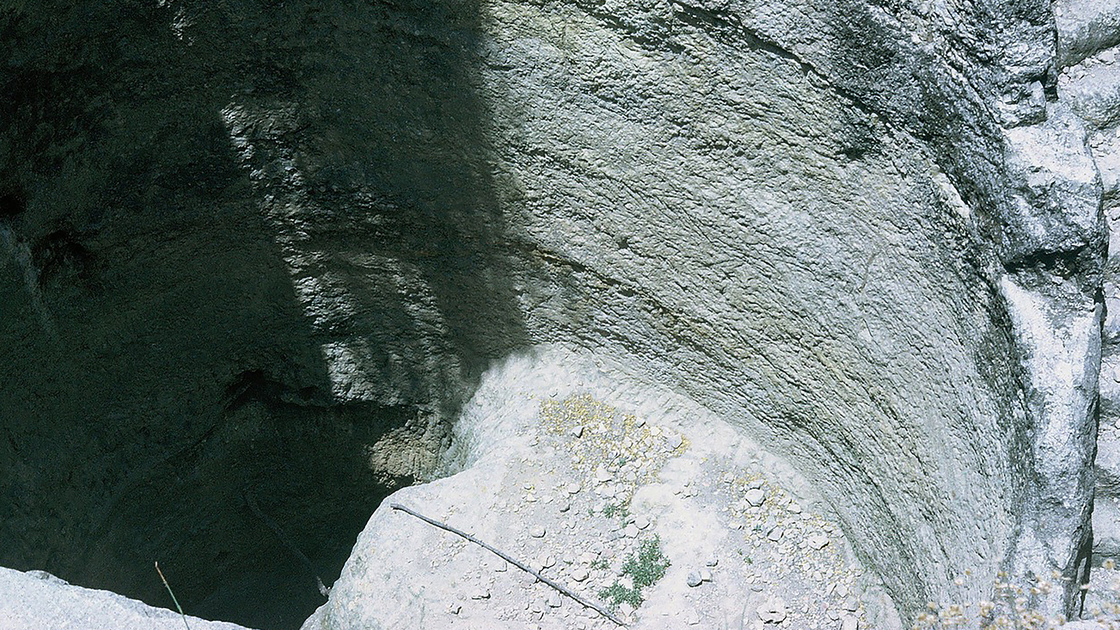 Have you ever dug yourself into a hole that you just couldn’t get out of? I have—literally. Late one sweltering, dusty summer afternoon in 1972, I found myself at the bottom of a 10-foot hole—in Jerusalem, Israel. Tired, sweaty, sandaled feet stared up at me from a dry stone floor as if to ask: Why have you put me here? They were not happy feet. The rest of my dirty body told the same story. Plus, I was thirsty.

How did I wind up here, you ask? My friends and I were part of a 100-man (and woman) team from three Ambassador College campuses involved in what came to be “the big dig.” It was at the southern foot of the Temple Mount, and it was the start of what our Herbert W. Armstrong College students are involved in to this day with Dr. Eilat Mazar.

Six of my friends and I had been told that the spot we were in would be a good place to dig, so we started digging with picks and shovels. Almost immediately, we discovered the hole.

It had been carved out of bedrock thousands of years before we found it. Its purpose had been to gather rainwater, but all it had gathered for the past millennia was trash, rocks and dirt. It was about ten feet in diameter, and our job was to find out how deep it was.

About a foot down, I heard a crunch from underneath one of the guy’s picks. He had broken an intact pot of some kind that we hadn’t seen before, so we stopped digging. Once Professor Benjamin Mazar saw it, he told us that we had found something not yet discovered in that area: an artifact from the time period corresponding to the time of Jesus Christ, which is called the Herodian period in archaeology.

After our discovery, there were no more picks and shovels pounding away. Instead of seven people digging out the hole, only one person equipped with tiny digging tools and a camera was allowed, as well as two other people to help take away the buckets of dirt I filled up.

Hundreds or thousands of books have been written about archaeology, but I believe the essence of it can be summed up in one short sentence: One man’s trash is another man’s treasure. There were a lot of rocks, dirt, broken pots and not a few intact items in that hole. Those artifacts might have been trash at one point, but they were treasure to the archaeologists there with me. They told me that there would be a separate display at Hebrew University just for the Herodian material from the hole. That didn’t make the work easy, however.

As the summer wore on and the hole got deeper, my friends became more and more important to me. For a guy, just the sound of a feminine voice asking, “How are you doing down there?” became a melody. “Here’s a bottle of cold water” was a lifeline. That summer, I learned just how important friends are.

In this case, the only way out of the hole was to keep digging down—they wouldn’t let me out until I finished. There was a temptation to just dig faster. The archaeologists didn’t tell me much about what I found. Was it important? Was it worth all of the blood (yes, blood), sweat and tears (yes, that too)? Was it worth not seeing the sunlight until late afternoon five days a week for an entire summer in a foreign land?

Suddenly, the summer was almost gone. I had finally reached the bottom of that hole. Now, as I stared up those 10 feet at the blue sky above, I really wished that someone would come along and throw me a rope—and a bottle of water. Someone did. I had dependable friends. Having good friends is essential when you dig yourself into a deep, dark hole.

However, as I surveyed the walls of the hole, I saw a discoloration in the wall to the left. It was about two feet around. I hit it with my little pick ax. Bad move. There was a hole within the hole. Thousands of years ago, someone dug a hole in the hole—so I was not out of the hole yet. That was where the tears came in.

My friends did not come down into the hole with me, but they encouraged me to do what I had to do. Two weeks later, I was finally free. Whoever filled in that little hole did it carefully, and it had a lot of good “trash” in it. The whole effort could not have been done without good friends, their encouragement and their help.

Sometimes, we dig ourselves into a hole, and we can’t get out of it alone. Maybe it is because of bad choices we make or, as in my case, on purpose for a good cause. Regardless of what kind of hole you may occasionally find yourself in, how you got there, or how hopeless it may seem, good friends can help you through it.