The Apostle Paul’s Child Rearing Counsel
The sound way to get the right help with raising children
By Dennis Leap • Nov. 27, 2018 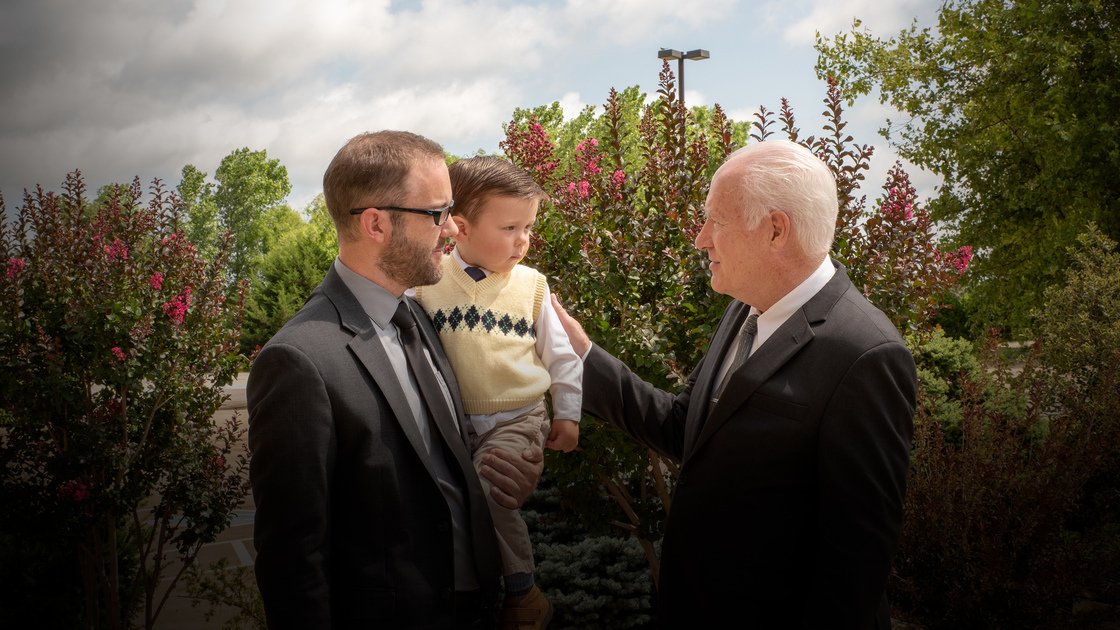 The Apostle Paul, in his letter to Titus, gives us a foundational understanding of child rearing that is easily overlooked. What this lovingly diligent apostle has to teach us is critically important for all families with young children.

Family was on Paul’s mind from the very opening of this letter. Read his salutation carefully in Titus 1:1-4. In verse 1 he mentions God, Jesus Christ and God’s elect: This is the Family of God in heaven and on Earth (Ephesians 3:15). In Titus 1:4, he gets even more specific: “To Titus, mine own son after the common faith: Grace, mercy, and peace, from God the Father and the Lord Jesus Christ our Saviour.” Notice Paul specifically mentions God as the Father, Jesus Christ His Son and our Savior. To add icing to the cake, Paul addressed Titus as his own son. This was more than just nice talk: Paul and Titus had a loving, loyal and mutually beneficial father-and-son-type relationship. This means that they shared the deepest bond in the Work of God. Paul trusted Titus to complete the work that God had begun through Paul. Without doubt, Titus was given a critically important job to finish!

“For this cause left I thee in Crete, that thou shouldest set in order the things that are wanting, and ordain elders in every city, as I had appointed thee” (Titus 1:5). If we read over this verse quickly, we could mistakenly assume that Paul wanted Titus to focus on ordaining elders in every city—only. Of course, identifying the capable men that Christ chooses to help shepherd local flocks is always a priority for the expansion and stability of God’s Church. However, as we read further into this letter we will find that other things were “wanting” within the local congregations as well.

Paul wanted Titus to set in order everything possible. Titus was not given the easiest task. There were serious problems in the Cretian Church. “One of themselves, even a prophet of their own, said, The Cretians are always liars, evil beasts, slow bellies,” warned Paul (verse 12). He was speaking candidly, colorfully and unfavorably of the national character of the island’s inhabitants. It is possible that Paul’s quote of a Cretian national poet (the word prophet could also be translated poet) did not apply to every Church member at that time. However, there were “many unruly and vain talkers and deceivers, specially they of the circumcision” plaguing the local congregations on this long and large island (verse 10). Paul states: “This witness is true. Wherefore rebuke them sharply, that they may be sound in the faith” (verse 13). Some members had to be rebuked sharply so they could be sound in the faith.

This was a troubling problem for Paul. He understood it well and knew how to correct it. But Paul could not take the time to handle it personally. He expected his son after the common faith, Titus, to teach the members to stop “giving heed to Jewish fables, and commandments of men, that turn from the truth” (verse 14). The brethren in Crete were being influenced by false Jewish teachers and their commandments of men. The people were falling away from the revealed doctrine that Paul had taught them. Their minds and conscience were being defiled (verse 15). The door was wide open for Satan to influence God’s people by the worldliness extant in pagan Crete. As a result, the people were losing their God-given holiness. In chapter two, Paul shows Titus that the family life of God’s people was breaking down—including the principles of child rearing. This situation had to be put back in order.

As pastor general of the Philadelphia Church of God (PCG) Gerald Flurry has often taught us, first-century history has repeated itself in this end time. The Laodicean churches are plagued with worldliness and have lost their holiness. Once the Laodiceans took control of the Worldwide Church of God, marriages were wrecked and worldly views of child rearing entered the Church. The PCG must be the vanguard of proper child rearing. We must not let worldly views enter God’s Church. Because we are so scattered and many congregations do not have ministers with them every week, there is a tendency to take child-rearing issues and questions to worldly sources. This is a very dangerous step. There is a better way, built right into God’s way of life. God has provided sound, orderly instruction to nurture and discipline children. We simply need to follow it.

Paul instructed Titus: “But speak thou the things which become sound doctrine” (Titus 2:1). He then outlined what that strong doctrine should be. Read the next seven verses carefully. Paul focused on the personal principles of godly character necessary for the establishment of stable families—literally for both the greater Church family and for individual families. This instruction is vitally necessary for God’s people today.

“That the aged men be sober, grave, temperate, sound in faith, in charity, in patience,” Paul wrote (verse 2). The older men in these congregations should have been setting an example of true Christian living—for everyone. Paul would not have made this statement if every older man was living right. Some were obviously not living up to the six noble standards listed here. Take the time to study each word. Not enough can be said about the importance of the older men in God’s Church setting an example of being vigilant, honorable, temperate in opinions and passions, sound in Church doctrine, full of agape love, and patient. The older men’s positive examples of living God’s way of life would naturally inspire the congregation’s younger men to imitate them.

“Teachers of good things” is an interesting phrase. In the Greek it is just one word: kalodidaskalos. It can be translated as “master teacher of right things.” Here is where it should get exciting for all the young mothers in God’s Church, because Paul puts an emphasis on them: “That they [the aged women] may teach the young women to be sober, to love their husbands, to love their children, To be discreet, chaste, keepers at home, good, obedient to their own husbands, that the word of God be not blasphemed” (Titus 2:4-5). Notice carefully that this passage is all about family and preserving the stability in families. Both the older and younger women have an incredible role in building their personal families and the greater Family of God. You should study a concordance to extract the rich meaning for each word in these verses.

Here are some simple word clarifications to help you better understand what Paul expected of the young wives and mothers. Paul explained to Titus that the younger women should be of sound mind (which means being led by God’s Holy Spirit; 2 Timothy 1:7), love their husbands and children, be self-controlled, modest (or morally pure), domestically inclined, good (beneficial), and be in subjection to their husbands. Notice that all these character traits ensure a stable home environment and an enriched family life. Again, it would not be wrong to assume that Paul expected the older men to teach the younger men to be great husbands, fathers and providers.

Do we see that Paul is literally setting up the overall structure and order for proper child rearing? Proper child rearing is a God Family affair. The master teachers of child care and training in God’s Church should be the spiritually stable older men and women who have proven fruits of raising children. When our young families have questions or issues with child care, training or discipline, they should seek God’s ministry (for spiritual counsel) and the older women in God’s Church (for practical matters such as nursing, feeding solid foods and toilet-training) first—before consulting an outside source. This does not mean that it would be inappropriate to seek advice from a pediatrician for a serious physical problem. However, it would still be wise to seek ministerial counsel.

Young parents with family in the pcg have a valuable wealth of information they can tap into for help with child care and training. Don’t fall into the trap that you know better than your parents. When our first child was born, my wife and I assumed we had child care and training nailed down. We had been to birthing classes and had read some books. But we were wrong. We then moved to the Pacific Northwest far away from our families. They could not help us much. And it soon became obvious to us that we needed help—a lot of help—raising our first child. There were many practical things we just did not know.

An older couple in God’s Church—who had successfully raised a large family—took us under their wing. The value of the help and support they extended to us was priceless. If you don’t have physical family in the Church, don’t be dismayed. There is a well-educated, extended Church family just waiting to help you. You need to seek them out and then listen to what you are taught.

Remember, the best way parents can love their children is to establish an orderly home environment. Ultimately a major part of setting a home in order, especially where there are children, is obtaining the right education on child care and discipline. Paul shows clearly the only fully reliable source of this education is inside God’s Church. We can be so thankful for this fact. It is a very beautiful thing. So, young families, take heart! When you need help with family matters, God has already provided it for you.