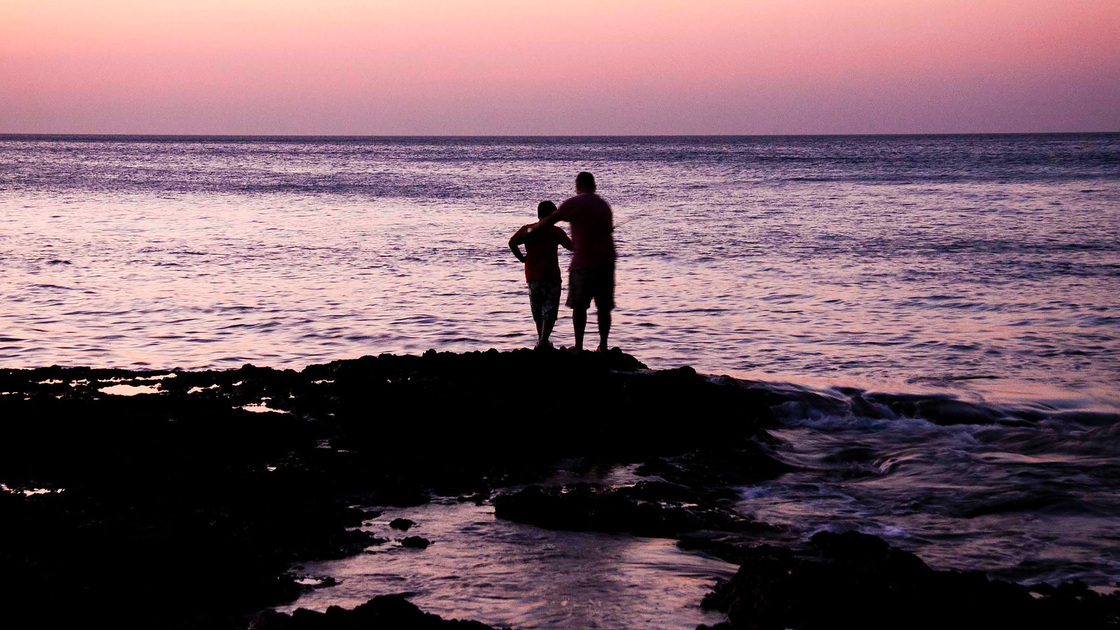 When I was young, one of my favorite activities was fishing with my granddad. The cool evening breeze from the north would provide a crisp contrast to the warm rays of the setting sun. The red, orange, pink and yellow hues of the sky reflected off the water, which rippled as our lures created circular waves. We often heard geese honking above us, heralding their graceful landing onto the surface of the lake.

Despite all of this beauty, however, the most rewarding feeling was always when I felt the tug of a fish pulling at my lure.

With how much my granddad taught me about fishing, I was usually fairly successful, but on this particular night, that rewarding feeling was slow to arrive. By the time the sun sunk almost completely under the horizon, I had not caught a single fish. I repeatedly cast the lure into the lake and reeled it in, gently tugging on the line as it came in to help the fish take notice of the light reflecting off of the rotating spinner blades on the top of the lure. Over and over, I cast the line, but time after time, I got not so much as a single nibble.

Eventually, I grew impatient and walked over to the tackle box, which was further up on the shore. I spent a good while trying to figure out which type of lure or bait I should use, and I was probably sulking a little bit as well. This fishing adventure was not turning out the way I had hoped at all.

During the time that I was contemplating these things, Granddad moved his fishing location to the same spot I had just come from—and he promptly caught a number of fish! I don’t remember if his lure was different than mine, but my young mind could not comprehend what was making his luck any different.

I asked him what he was doing to catch all of those fish, and his answer will stick in my mind forever. Instead of teaching me about the techniques of fishing or the types of bait to use like he usually did, he told me this: “You can’t catch a fish unless the hook is in the water.”

It took me a bit of time to comprehend just what he meant by that, though. Once I finally understood the depth of his comment, I knew the lesson was extremely valuable. If the hook is not in the water, a fish is not going to bite it—it’s impossible. For a good 10 minutes, I was messing around with different lures, but I wasn’t casting any of them out into the water. All the while, I was annoyed with how I wasn’t catching any fish. But how did I expect to catch anything if I didn’t even try? I might as well have been sitting in a car in the middle of the highway, thousands of miles from the nearest body of water with fish in it.

This lesson can be applied in many areas of our lives. Whether you are fishing, tasting a new food, or making new friends, you won’t catch a fish unless you throw the hook in the water. You won’t know whether or not you like that new food unless you actually try it. You won’t find any new friends unless you put yourself out there and actively make the effort.

God commands us to grow (2 Peter 3:18). But you will never grow if you don’t take that first step. You will never catch a fish if your hook isn’t in the water.

We’ve all heard the old adage, “If at first you don’t succeed, try, try again.” Sure, if you do the same thing over and over without changing any of the factors, you can’t very well expect a different result. You may have to change your lure—the method by which you do something. But don’t let that slow you down or stop you. Change your lure quickly, and get that hook back in the water!