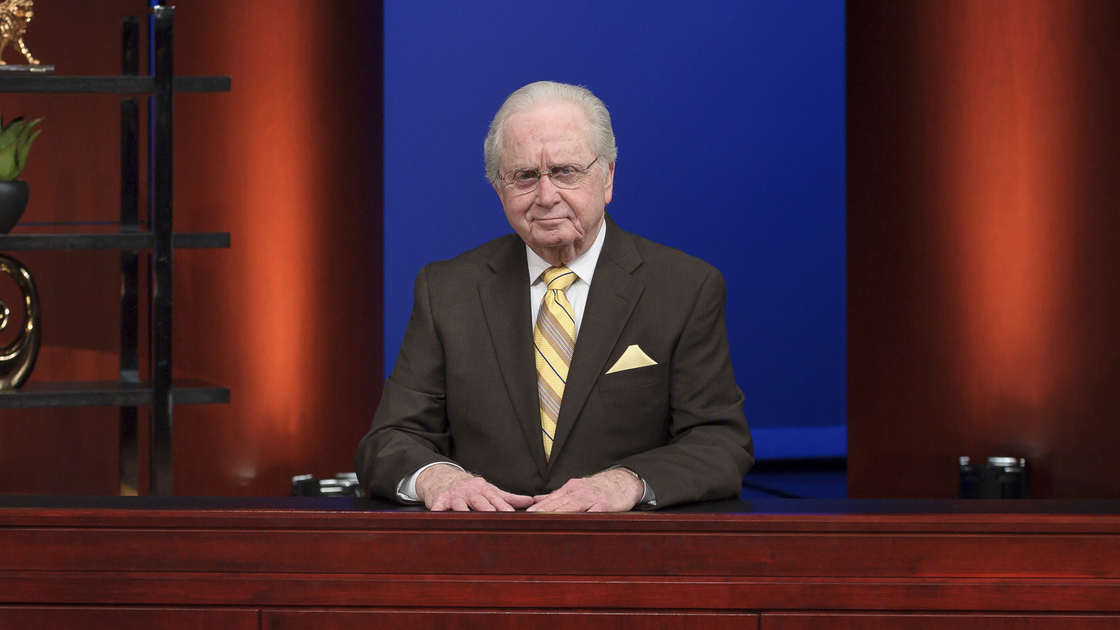 EDMOND—Philadelphia Church of God Pastor General Gerald Flurry taped a new Key of David television program on Wednesday, “The Kingdom of God Is Now at Hand,” which focused on Jesus Christ’s statement at the beginning of His ministry around a.d. 30, recorded in Mark 1. Mr. Flurry offered viewers Mystery of the Ages, God Is a Family, God Family Vision, Born Again, How to be an Overcomer and other titles. The program will broadcast and post online beginning November 15.

The program is part of the new 2019 season of The Key of David, since its seasons are counted from one Feast of Tabernacles to the next. Mr. Flurry taped 30 new programs during the 2018 season. The program yielding the most response was “The Book of Ruth” in January, in which Mr. Flurry offered Ruth—Becoming the Bride of Christ and a special edition of the Royal Vision magazine, in which he wrote about new revelation regarding the new throne of David. Mr. Flurry later offered The New Throne of David three times in the 2018 season.

The program left Chicago superstation wgn in May 2017, but compared to the 2017 season, the 2018 season yielded a 3 percent increase in response. The television department also spent $242,037 less on airtime, and its cost per response was 11 percent less expensive.

“It amazes me that God has inspired more than 800 different Key of David programs,” television department head Andrew Locher said. “If you watched them back to back, it would take more than two weeks! So much revelation, and so many responses. This is the primary method God uses (and has used) to build the million-plus subscriber database we have accumulated over the years. God’s Word has touched all corners of the Earth through The Key of David. It has been exciting to be a part of it, knowing its impact.”

Mr. Flurry has recorded 820 programs since he first went on the television airwaves in January 1993. Over his 26 seasons, Mr. Flurry has recorded an average of 32 new programs per season, with a high of 49 programs in 2001 and a low of 10 programs in 2003. He suspended the program for most of 2003 due to the Church’s effort to obtain the right to print Mystery of the Ages and 18 other books and booklets by Herbert W. Armstrong. (The Worldwide Church of God, which had sued the pcg and won in court, agreed to settle on Jan. 16, 2003, and the settlement was finalized seven weeks later.) Aside from 2003, The Key of David has been on the air almost continually for 1,312 weeks.