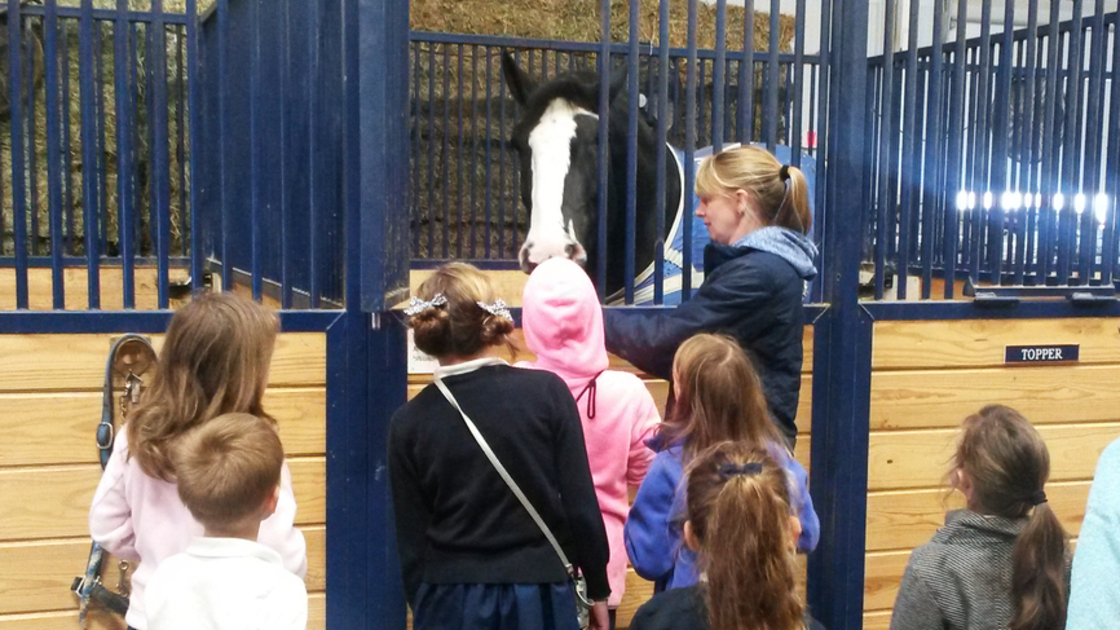 The farm is home to Clydesdale horses that are often used in western shows, the Oklahoma State Fair, the Calgary Stampede, Macy’s Thanksgiving Day Parade in New York City and other major events. The black and white Clydesdales that the students saw have pulled the stagecoach for the Duke and Duchess of Cambridge.

Tabitha, the guide for the students, brought out a horse and told the children facts about Clydesdales. She then allowed each student to approach and pet the horse while they had their pictures taken. After this, a few of the upper stall doors were opened so the children could pet the heads and necks of the other horses at the barn.

After a visit to the gift shop, the students saw six of the horses harnessed and hitched to a carriage, leaving the barn and practicing in a pasture for an upcoming parade. At the end of the visit, Tabitha complimented the “very well-behaved” children and expressed her appreciation for their visit.

According to the Express Clydesdales website, the breed traces back to Clydesdale, Scotland. The black-and-white variety of this draft horse is rare. The animals have hooves the size of dinner plates, are 6 feet tall at the shoulder and weigh up to 2,300 pounds, drinking 30 gallons of water per day and eating about 25 pounds of food.