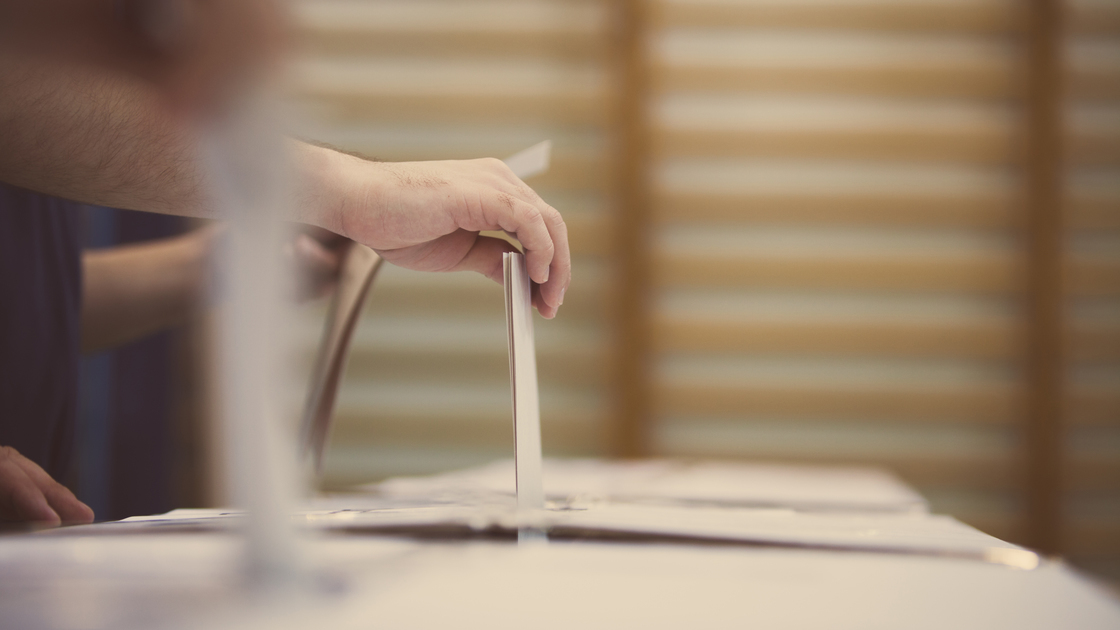 The political climate in the U.S. is reaching a civil-war boiling point. November 6 is voting day, the height of a midterm election season in which Republicans and Democrats have fought desperately for control of the nation.

Nearly every political pundit and analyst has called this election the most important in American history. It is clear that every voter will have strong reasons for backing particular candidates.

Candidates say that if ever there were a time to vote, it is now!

Now is also an ideal time to remember why true Christians don’t vote.

The late educator and humanitarian Herbert W. Armstrong was a master of exposing the root of every problem that plagues this present evil world. In a classic article titled “How Would Jesus Vote for President?” reprinted numerous times in various Worldwide Church of God publications for about 30 years, he summarized the development of human civilization from the Garden of Eden to the present day.

As with every human custom and tradition, the practice of voting can be traced all the way back to the two trees of Genesis chapter 2—particularly, to the Tree of the Knowledge of Good and Evil. Mr. Armstrong called it the Tree of Death.

In the U.S., the political system is dominated by two major parties, each with a stated platform of beliefs and favored causes. After creating the first man, God presented His “party platform” for Adam’s consideration.

“And the Lord God commanded the man, saying, Of every tree of the garden thou mayest freely eat: But of the tree of the knowledge of good and evil, thou shalt not eat of it: for in the day that thou eatest thereof thou shalt surely die” (Genesis 2:16-17).

God created Eve from one of Adam’s ribs, and then Satan had an opening to articulate his own “party platform.” “Now the serpent was more subtil than any beast of the field which the Lord God had made. And he said unto the woman, Yea, hath God said, Ye shall not eat of every tree of the garden? … And the serpent said unto the woman, Ye shall not surely die: For God doth know that in the day ye eat thereof, then your eyes shall be opened, and ye shall be as gods, knowing good and evil” (3:1, 4-5).

As he deceptively swayed Adam and Eve, Satan conveniently omitted his own history. Originally created as the super-archangel Lucifer, he became puffed up by vanity and attempted to kick God off the throne of the universe. God prevailed easily and cast him out (Isaiah 14:12-15; Luke 10:18). As a result of this rebellion, Lucifer’s once-beautiful nature transformed into a twisted, perverted, selfish, miserable, violent mess. God changed his name from Lucifer, or “light bringer,” to Satan, which means “adversary.” Yet, Satan was not content to suffer alone. He took one third of the angels, now demons, with him (Revelation 12:4).

In their respective party platforms, God and Satan were persuasive and convincing—but only God told the truth. In politics today, it’s hard to sift through all the lies to find the plain truth. Could Adam and Eve do it? “And when the woman saw that the tree was good for food, and that it was pleasant to the eyes, and a tree to be desired to make one wise, she took of the fruit thereof, and did eat, and gave also unto her husband with her; and he did eat” (verse 6).

In the first election in human history, Adam and Eve cast their ballot and “voted” for Satan! They voted for death, using a process of decision making now known as the modern scientific method, as Mr. Armstrong wrote about in Mystery of the Ages. First, they rejected revelation from God—God had warned them that eating from the Tree of Death would lead to eternal death (the sacrifice of Jesus Christ now offsets that penalty). Second, they used observation—the tree was pretty and appeared to produce edible fruit. Third, they used experimentation—they tasted the fruit. Fourth, they used human reasoning—God hadn’t struck them dead on the spot, so Satan must have been right all along.

Even if Adam and Eve had chosen to follow God, they would not have been voting for him. “No man can come to me, except the Father which hath sent me draw him …” (John 6:44). Only God the Father—not even Jesus Christ—can select humans out of this evil world. Once selected, we can choose to accept this calling. But no one makes this decision completely independently, separate from God’s prior calling. For this reason, it is inaccurate to equate choosing God to a vote.

A World Cut Off

As a result of Adam’s willful sin, God cut him and his descendants off from the Tree of Life (Genesis 3:24). God pronounced sentence on rebellious mankind, saying, in effect:

Go, therefore, Adam, and all your progeny that shall form the world, produce your own fund of knowledge. Decide for yourself what is good and what is evil. Produce your own educational systems and means of disseminating knowledge, as your god Satan shall mislead you. Form your own concepts of what is god, your own religions, your own governments, your own life-styles and forms of society and civilization. In all this Satan will deceive your world with his attitude of self-centeredness—with vanity, lust and greed, jealousy and envy, competition and strife and violence and wars, rebellion against me and my law of love (Mystery of the Ages, page 92).

Deciding the nature of government, society and the educational system—that sounds a lot like the whole point of voting. Earlier in that paraphrase of God sentencing mankind, Mr. Armstrong wrote:

Therefore I sentence you and the world you shall beget to 6,000 years of being cut off from access to me and my Spirit—except for the exceedingly few I shall specially call. And that few shall be called for special service preparatory for the kingdom of God. They shall be required to do what you have failed to do—reject, resist and overcome Satan and his ways, and follow the ways of my spiritual law.

The first-ever human vote set in motion God’s 7,000-year plan for man! That vote for death is the cause of 6,000 years of suffering on Earth. That choice is the reason why true Christians in God’s Church are the tiny minority called out of today’s world to prepare for tomorrow’s world—to reject the Tree of Death in favor of the Tree of Life.

Over the years, many of the most notorious tyrants and criminals have been elected to political office, including the leaders who have destroyed Venezuela. Besides the horrifying results of voting throughout history, there is one fundamental problem.

The principle of God’s government is based on the fact that God is at the top. It is government for the people, but it is not by the people. The authority emanates from God, and He delegates it to whom He chooses in order to administer and enforce His law (Royal Vision, July-August 2013).

In God’s governmental hierarchy, human beings are on the lowest level. We cannot vote God out of office.

It’s not our choice who our local, regional or national political leaders are. “Let every soul be subject unto the higher powers. For there is no power but of God: the powers that be are ordained of God” (Romans 13:1). God appoints our leaders to fulfill His prophecies and purpose. He expects us to obey them—as long as they aren’t commanding us to break God’s law.

When considering whether to vote, our ultimate example is Jesus Christ. “No, Jesus did not enter into this world’s politics!” Mr. Armstrong wrote.“He called His disciples out of this present evil world—out of all its customs and philosophies and ways—to a life of separation from the world” (Good News, October-November 1984).

Christ doesn’t plan to fix this world. Instead, He will replace it. Voting is a vain attempt to improve the current system. Christ has not and will never participate in politics. It would make no sense if He did, since He has already qualified as King of the coming world government—which will topple and overhaul every government of man.

By voting, we might actually be pushing against God’s purpose! Even if one side of the political aisle tells the truth more than the other and would better serve the people, we still should not vote. God might want the opposite party to take power in order to punish our nations or to accomplish other objectives. A true Christian is one who follows Jesus, and Jesus did not vote.

“Now then we are ambassadors for Christ …” (ii Corinthians 5:20). Imagine being the United States ambassador to Canada. You are currently living in Canada, but you are of the United States. Every word and deed is carefully curated so that you properly represent your home country. You serve as a mouthpiece for the United States presidential administration, not tainting your official statements or appearances with personal bias. Though you are residing in Canada, you are not a Canadian citizen. You still obey Canadian laws, but voting in any Canadian election would be illegal.

Now, replace the United States with the Kingdom of God in this analogy. Regardless of your physical country of origin, if you are a baptized member, or progressing in that direction, you represent the Kingdom of God and the coming King, Jesus Christ. Your primary allegiance is not to America or any other physical nation, but to God’s Kingdom.

Such an individual strives to uphold a godly standard in dress, hygiene, presentation, conversation, conduct and character. Though we live in a physical nation, our physical citizenship is superseded by our spiritual citizenship. For this reason, voting in any election is against the law of God.

This bitter election season, let’s turn our focus away from voting, and onto fulfilling our roles as ambassadors for Christ. Remember that every vote cast is a vote for death.