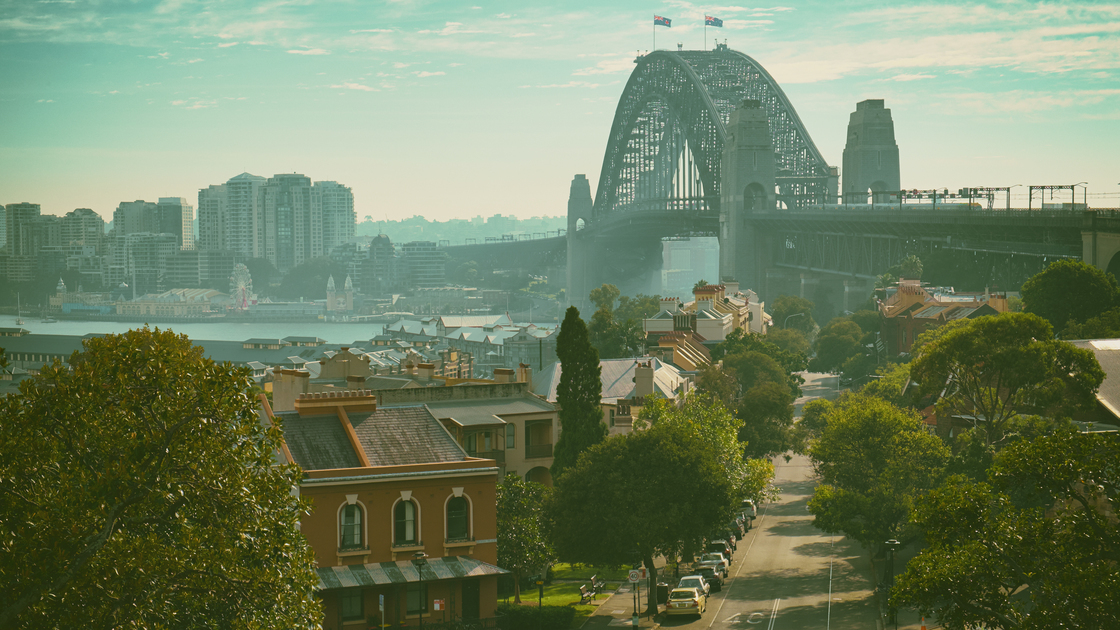 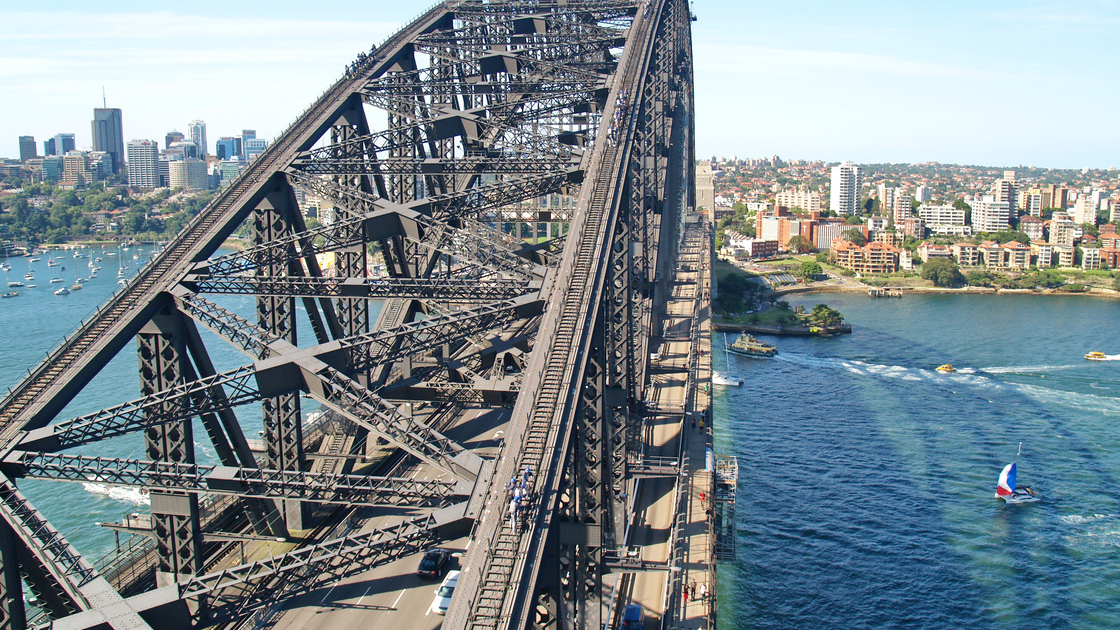 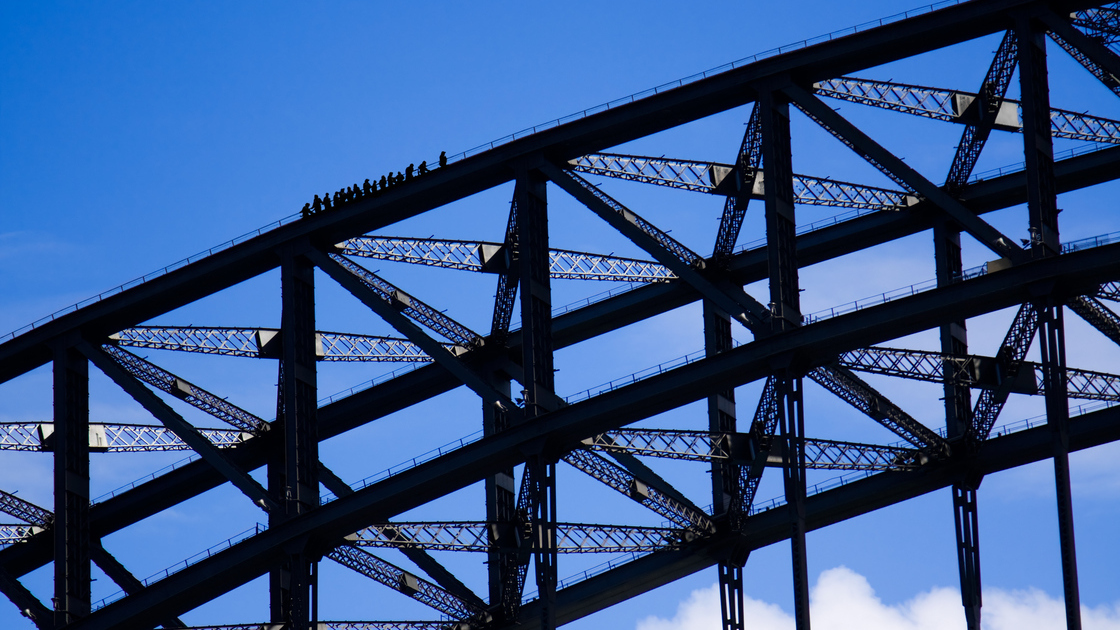 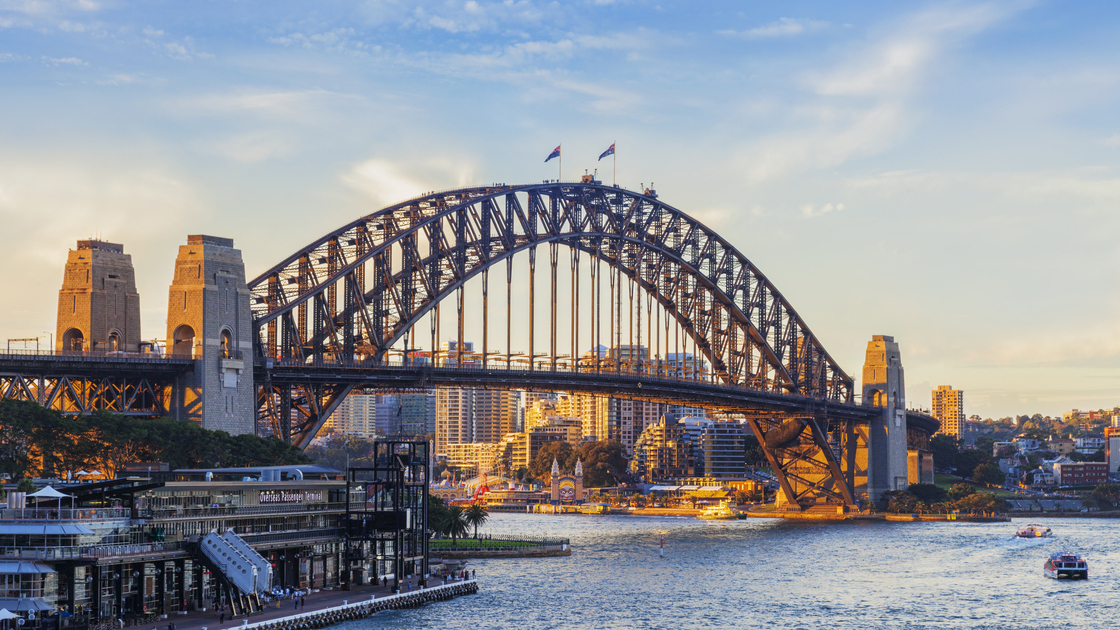 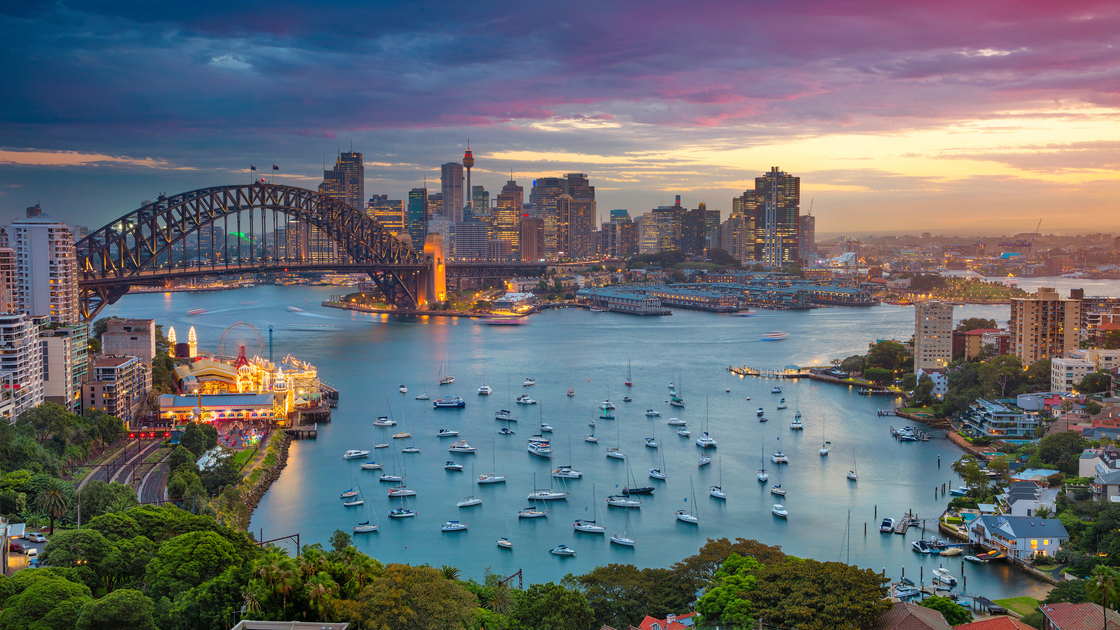 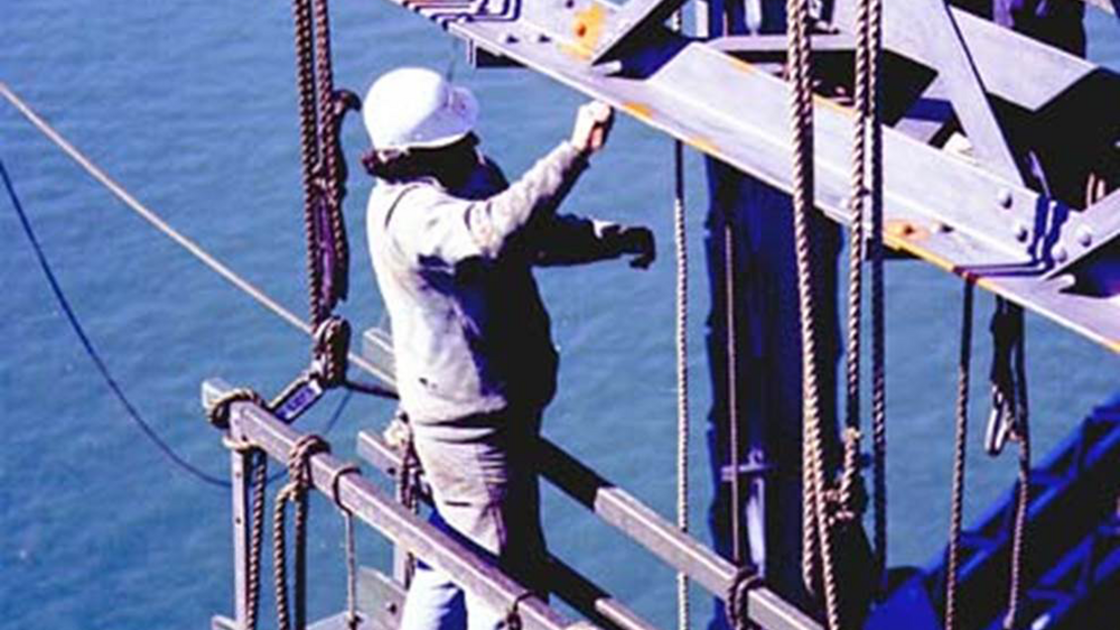 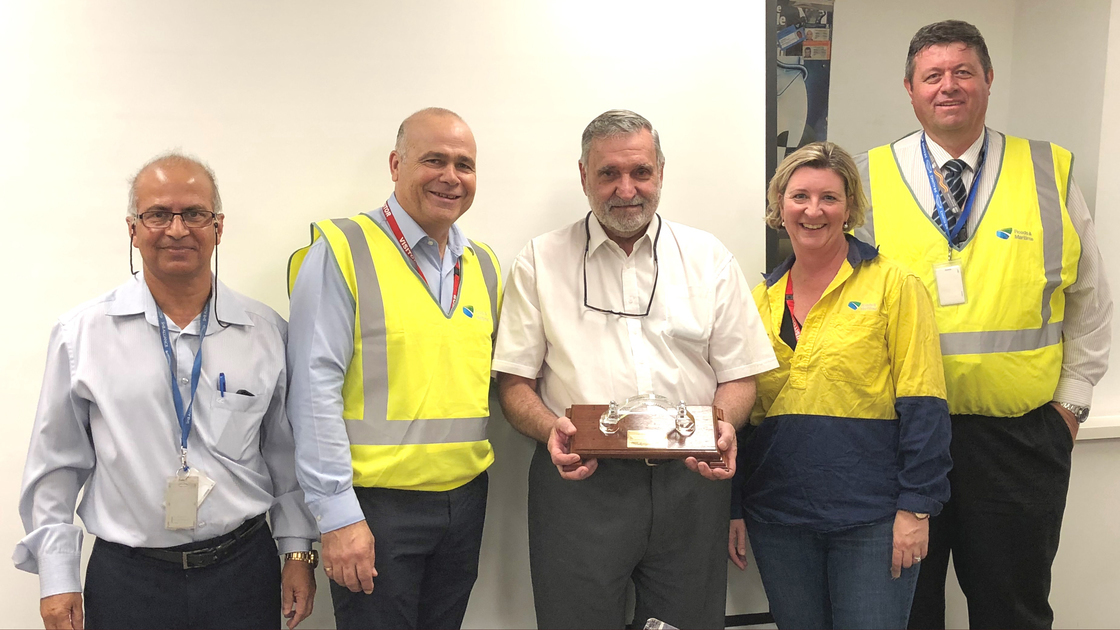 AUSTRALIA—Balmain was a rough town. The painters, dockers and wharf workers in this Sydney suburb kept its 39 pubs full. Crime ruled. Young men engaged in street fights, joined gangs, and looked up to the powerful, violent gangsters as their heroes. In 1945, Balmain was where Ron Stephensen was born.

As he grew up, he witnessed firsthand some of the violence of these rough laborers and criminals. He decided to go another way. He did not want to work at the wharves like so many of his neighbors. Instead, he applied for a job as a laborer at a place about half a mile across the water. He was turned down, even after several applications. But after learning that ironworkers were needed, he acquired some skills in that field, applied again, and got hired on at one of the most iconic structures in the world, the Sydney Harbour Bridge.

Stephensen’s first day of work was in 1968. He received little in the way of training or sophisticated safety procedures, but soon he was up on the arches. In Balmain, he had learned to take what life threw at him, and the dangers of being up on the bridge were better than those of being down in the wharves.

As an ironworker and painter, he worked up, over, around, under and between the bridge’s 58,000 tons of steel beams and 6 million rivets. Keeping the bridge maintained sometimes meant wedging himself into confined spaces with commuter trains thundering just 6 inches overhead every 30 minutes. Sometimes it meant carrying his tub of paint and tool bag at least 400 steps up the arch, up to 440 feet above the water. He would sand off old paint or rust, then paint the steel. Often he worked atop a 7-foot wooden scaffolding, but some areas were harder to get to, so he would leave the safety of the scaffolding to stand on a steel beam 6 inches wide, 200 feet above the road deck, with no harness and no lanyard, but plenty of strong wind.

“I kept one hand for the job,” he said, “and one hand for myself.” He added that many times he could have fallen, if he did not have protection from God.

Summers are blistering hot. (The expansion of the steel on the hottest days actually raises the peak of the arch by 7 inches.) Winters are brutally cold. Working on the bridge isn’t easy, and those who started when Stephensen did have since moved on or retired.

But in their time together, one of those men and Stephensen developed a remarkable relationship.

In 1970, Stephensen had been attracted to a booming voice and a bold message on the radio: Herbert W. Armstrong presenting The World Tomorrow. Mr. Armstrong spoke about keeping the Sabbath—and from that day on, Stephensen never worked on the Sabbath. He became a regular reader of the Bible and the literature from the program. He said he was beginning to realize there was something greater out there than what he had known in and around Balmain.

It was 1982 when a new worker joined the crew: Thomac Chylinksi. Having worked at the bridge for 14 years, Stephensen was assigned to train the young Polish immigrant. Chylinkski could speak little English, so Stephensen suggested he bring his Polish-language Bible to work, he would bring his English-language Bible, and as they each read, the young Pole would learn better English.

As the months went on, Chylinksi became less sure of the doctrines of his Catholic faith. The two bridge workers found themselves discussing religion and becoming close friends. Stephensen was convicted by what Mr. Armstrong taught, and he said his discussions with Chylinksi helped his understanding and belief grow stronger. Yet when asked what church he attended, he was surprised, because he had not realized that behind the The World Tomorrow and the Plain Truth, there was an actual church with congregations.

Chylinksi was so impressed by what he was learning that, when he saw a telephone number on the back cover of a Plain Truth copy Stephensen had given him, he rang the publisher (the Worldwide Church of God) at its Queensland office and requested a visit from a minister. After a period of counselling, he was invited to attend the congregation in Sydney in 1984.

“My friend, why aren’t you in that Church?” Chylinksi said at work on Monday after his first Sabbath service. “It was the most amazing experience I’ve ever felt!” Stephensen said he thought to himself, “Why aren’t I?” Fourteen weeks later, after fasting, prayer and counselling, he too began to attend services with Worldwide. A few months thereafter, both men were baptized on the same day in the same pool, becoming not just friends but spiritual brothers.

After Mr. Armstrong died in early 1986, the two men continued to attend services with the Worldwide Church of God. However, by 1995, they knew that something was terribly wrong with the Church: Its new leadership was forcibly rejecting the doctrines Mr. Armstrong had taught. Stephensen found the Philadelphia Church of God continuing to preserve and fight for those teachings, and he was invited to services. Fourteen weeks later, Chylinksi also began attending.

In 1999, Stephensen and Chylinksi were able to serve the PCG by obtaining access to the Sydney Harbour Bridge for Pastor General Gerald Flurry to record a Key of David television program. Access to the bridge for recordings usually costs thousands of dollars, but the two long-time bridge workers were granted it free of charge, and they helped set up a recording location atop one of the bridge’s granite pylons for Mr. Flurry. Impressed by the panoramic view, Mr. Flurry recorded one program, wrote another on the spot, and recorded the second program from another angle.

Chylinksi went on to be ordained a deacon in the PCG. He died in 2002. Stephensen was later ordained a deacon as well, bringing his bridge work ethic to his service of the congregation. Even while facing life-threatening health issues, he continued to get up and go to services, and to work, setting an example of pushing through adversity.

Some of the health problems have been caused by the previous standard of using lead-based paint in his work. After 25 years of painting on the bridge, the long-time, well-respected bridge worker transferred to the company store, where he would now supply workers with the safety gear he had managed without.

Stephensen’s long career on the bridge has attracted attention. In 2007, the Sydney Morning Herald
photographed him in recognition of his nearly 40 years on the job. This year, on March 15, Stephensen received an even greater recognition. He was honored by the New South Wales agency for Roads and Maritime Services for having worked on the Sydney Harbour Bridge for 50 years. It was found that no one else has ever worked at the bridge for that length of time. The New South Wales director of transport presented him with a crystal model of the bridge at a celebration with 85 co-workers in attendance.

Stephensen said he was moved and honored by the occasion, and that he had to convince others in the department that he was only celebrating his jubilee, and that even at the age of 73, he has no intention of retiring. His love of his work, his contribution, and his half-century of hair-raising tales continue.

He once gave a description of what it feels like to work on the bridge, 440 feet into the Australian sky: “From the top of the arch, the West is my backyard, the East is my front yard, and the bridge is like home.”