Lessons From History: A Series to Showcase the Best
This performing arts series proves that man has incredible potential.
By Brianna Weeks • Oct. 24, 2018 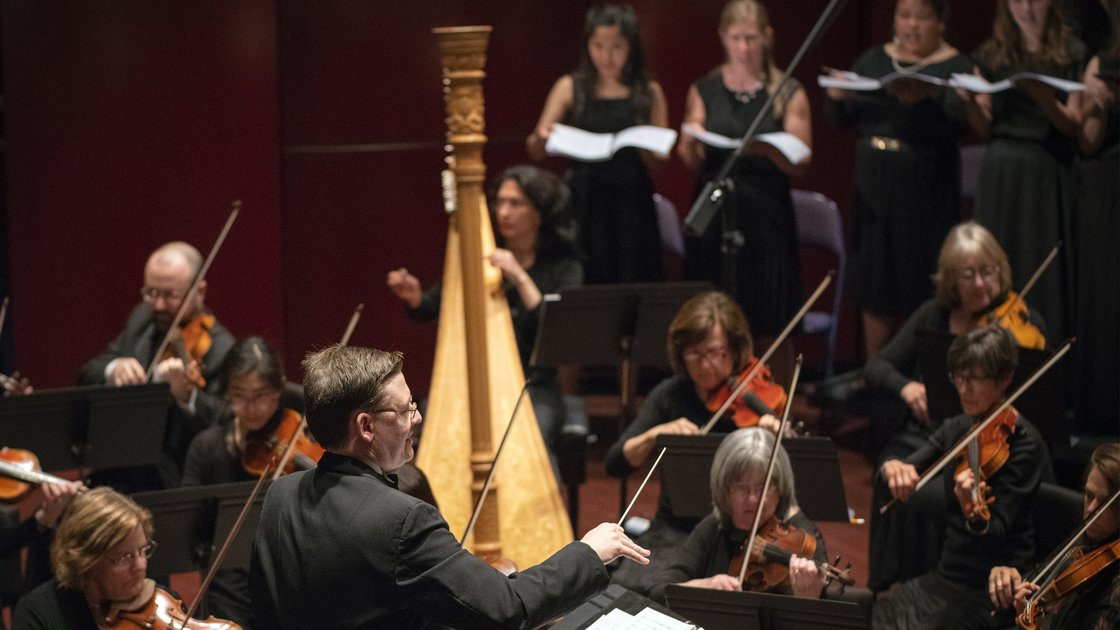 This year, the Armstrong International Cultural Foundation celebrates the 20th anniversary of its performing arts series. For 19 seasons, the foundation has hosted world-class local and international performers to showcase the best of the human spirit. In 2010, the Philadelphia Church of God built Armstrong Auditorium. One of this building’s many functions is to house the performing arts.

Since its 2010 opening, there have been 86 concerts in Armstrong Auditorium sponsored by the foundation. There have been world-renowned pianists, singers, orchestras and ballets. There has even been a mariachi band.

Although the performing arts series branch of the Armstrong International Cultural Foundation began 20 years ago, its roots go all the way back to April 7, 1974—the night that the brand-new Ambassador Auditorium held its first concert.

Ambassador Auditorium was built to be a concert hall, among other reasons—just like Armstrong Auditorium. “The hall was a vehicle, he [Mr. Armstrong] told the guests,” executive assistant Stanley Rader wrote in Against the Gates of Hell, “to bring to our home city of Pasadena and the entire greater Los Angeles community a continuing stream of the finest talent the world could produce.

“It was a bold pledge, but it was kept. For seldom in the history of the performing arts have so many great artists appeared under one roof, season after season. In a remarkably few years, the Ambassador Auditorium has become the finest artistic and cultural center in the West, if not the entire nation.”

Ambassador Auditorium wasn’t completed until 1974, but Mr. Armstrong wanted to get the inaugural concert details worked out early. He and Mr. Rader set out to find the perfect maestro and orchestra in early 1973—about a year and a half before the building was finished.

Settling for only the best, Mr. Armstrong chose Herbert von Karajan, the world’s leading conductor at the time. Von Karajan was conductor of the Berlin Philharmonic, arguably the world’s greatest orchestra. Once the conductor had been chosen, Mr. Armstrong and Mr. Rader flew to Germany to meet with him. When they asked him to be the first performer at their yet unfinished building, he was incredulous.

“I [Mr. Rader] fidgeted in my chair. ‘Well, no,’ I answered, ‘not yet, but it will be in a year and a half.’ Von Karajan, more amazed, repeated: ‘A year and a half?’ I glanced somewhat uneasily at Mr. Armstrong, who was beaming at von Karajan. Totally undisturbed, Mr. Armstrong smiled his benevolent smile and said to him: ‘You tell us when you can come. The auditorium will be finished.’”

Mr. Armstrong’s confidence convinced von Karajan to agree, but it was impossible to find a date where both he and the Berlin Philharmonic were free. Mr. Rader asked von Karajan for his opinion on who the second-best conductor was, and von Karajan offered the name “Giulini.”

Mr. Armstrong and Mr. Rader did not know who this man was, but they soon learned: Carlo Mario Giulini conducted the Vienna Symphony Orchestra. The men flew to meet him in Paris, but when they asked him to perform at their nonexistent performing arts hall, he thought they were crazy—at first.

“When he voiced his misgivings, [Mr.] Armstrong assured him: ‘Believe me, the building will be finished.’

“‘What about the acoustics?’ Giulini insisted. Understandably, he was concerned about being the first
conductor to play in an untested hall that just might turn out to be an acoustical disaster. ‘They will be perfect,’ said Mr. Armstrong, smiling benevolently at the maestro.

“‘I don’t know. But they will be perfect.’ Giulini asked no more questions. He agreed to come.”

That first concert, as Mr. Rader wrote, “was one of the most brilliant in the memories of concertgoers in the West, if not the entire nation. … Maestro Giulini could scarcely believe it; he called it a miracle, and in a very real sense it was. Because Mr. Armstrong’s faith was perfect, the building was completed and it was right. Everything came together with faultless precision, as he had known all along.”

After that initial concert, Mr. Rader set out to create a series of performances. He settled on 20 per year. After meeting with officials from another performing arts organization housed nearby, however, that number increased dramatically.

That organization did not look forward to having another performing arts organization in the region—its members did not want the competition—and were fairly rude throughout the meeting. Mr. Rader began to increase the number of events in Ambassador Auditorium’s performing arts series by five each time he received another insult. By the time he walked out of that meeting, the 20-event series had turned into a 65-event series. Now he had to find 65 artists to fill those 65 events.

“Within eight weeks,” Mr. Rader wrote, “I had contractual agreements with 65 of the world’s greatest artists. … That first series presented Luciano Pavarotti, Joan Sutherland, Yehudi Menuhin, Valery and Galina Panov, Marilyn Horne, Shirley Verrett and the Berlin Philharmonic Octet. Among the many others was Vladimir Horowitz, who came to the West Coast for the first time in a quarter of a century to highlight our first season. Concert-hall managers in California had besieged the great Horowitz to appear, offering him great sums and virtually anything he wished, but he had refused them all.”

Another time, famous pianist Arthur Rubinstein had misgivings about whether to give a concert at Ambassador Auditorium or not. He didn’t believe the stories that it was a near-perfect concert hall. When he finally agreed to come, he was grumpy because he believed the velvet seats and carpeted theater were “too plush”—all of the sound would be absorbed, and the acoustics would be terrible. He gruffly asked to see the pianos, one of which he would be choosing to play on.

“He ran his fingers over the keys, and the miracle happened. He played chords on one piano, then literally ran to the other. For many minutes he scurried between them, playing on each, his face mirroring wonderment and pleasure. He was like a child in a candy store, going from one delight to the other and unable to make up his mind which to choose. Finally he said to me: ‘It’s never happened in my whole life. Never have I heard two finer pianos!’”

After the concert was over, Mr. Rubinstein asked if he could buy one of the two Steinways. Mr. Armstrong told him that they were not for sale, but he offered to have one shipped to Mr. Rubinstein anytime he wanted to play it for one of his concerts.

There were hundreds of artists who performed as a part of the Ambassador Auditorium’s performing arts series. This served to attract all kinds of people to the Pasadena campus of the Worldwide Church of God—and it was a unique way in which they received God’s gospel message.

Under Mr. Armstrong, the Ambassador International Cultural Foundation, and its performing arts series, was an organization created to lift the human mind “above the baseness, cruelty, and all the other ills that beset the human race.” It was meant to showcase the best of the human spirit, as well as mankind’s incredible potential. It was a way of presenting the gospel to people who normally wouldn’t listen to a religious message. It was a part of God’s Work!

And now, 44 years later, the Armstrong International Cultural Foundation follows in those same footsteps. For 20 years, the foundation has worked to showcase the best of the human spirit through concerts, humanitarian projects, archaeological excavations in Jerusalem and even ancient artifact exhibits, housed right in the lobby of Armstrong Auditorium.

The Armstrong International Cultural Foundation, and its performing arts series specifically, is an important arm of God’s Work today. Even in its 20th year, its impact on the local and international community is still growing. Knowing the history of this crucial foundation can excite us for its bright future ahead.