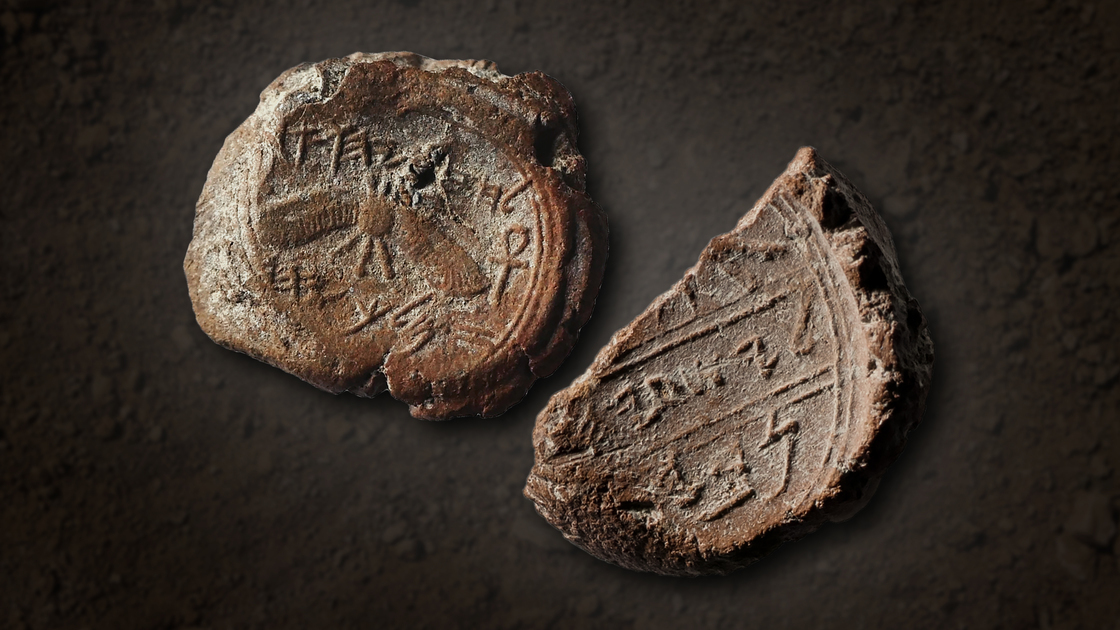 OKLAHOMA—Seals of Isaiah and King Hezekiah Discovered, an exhibit at Armstrong Auditorium in Edmond, opens this Sunday, June 10. The exhibit’s opening day event will stream live online at WatchJerusalem.co.il from 11 a.m. to approximately 12:20 p.m. (Central Time). An online tour of the exhibit will be available at the same website.

The exhibit features two bullae, which are clay seal impressions used to seal documents or other items. One belonged to King Hezekiah, and one appears to have belonged to the Prophet Isaiah. A total of 36 other artifacts, including pottery, sling stones and arrowheads will be displayed, along with a short replicated section of the water channel Hezekiah’s servants hewed through the bedrock beneath Jerusalem.

The artifacts and exhibits portray the history of the conflict between the Assyrian Empire and the Kingdom of Judah in the 8th century B.C. The story is recorded in the Bible in 2 Kings 16-20, 2 Chronicles 29-32, and Isaiah 36-39.

Assyrian records show that when King Hezekiah rebelled against Sennacherib, Assyrian forces conquered 46 fortified Jewish cities, including the major city of Lachish, as well as numerous smaller settlements. Scores of Jews were slain in battle or tortured and murdered, and more than 200,000 were enslaved. The Assyrian army then besieged the capital city itself. The exhibit tells the story of the Jews’ last stand against Assyria in Jerusalem, who King Hezekiah and the Prophet Isaiah turned to, and how the conflict finally culminated.

The opening day event in Edmond will connect via videoconferencing to a simultaneous event in Jerusalem at the King David Hotel at 7 p.m., local time. There, remarks will be presented by Armstrong International Cultural Foundation vice president Stephen Flurry; former Ambassador to the United States Michael Oren; Hebrew University archaeologist Eilat Mazar, whose excavations uncovered both the Hezekiah bulla and the Isaiah bulla; and foundation president Gerald Flurry.

The event in Jerusalem also commemorates 50 years of partnership that the Armstrong International Cultural Foundation and its predecessor organization has shared with Dr. Mazar and her grandfather, Hebrew University archaeologist Benjamin Mazar.

The exhibit runs through August 19. Questions can be directed to news@pcog.org.