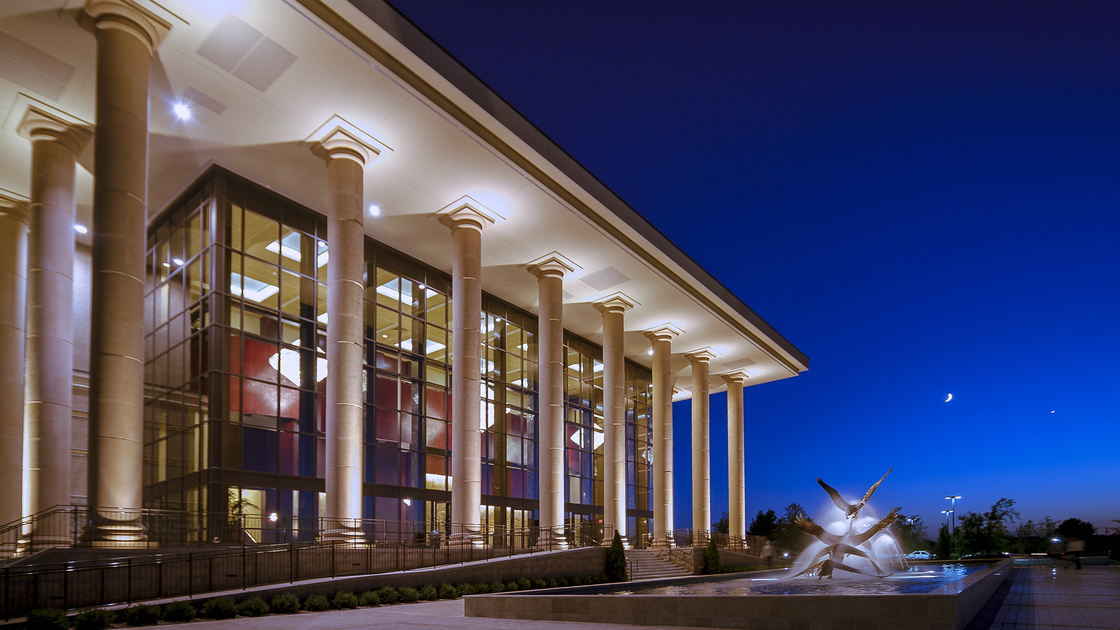 The Armstrong International Cultural Foundation is a nonprofit humanitarian organization, sponsored by the Philadelphia Church of God, with executive offices on the Herbert W. Armstrong College campus in Edmond, Oklahoma. The foundation’s activities center on cultural enrichment at home and abroad. Currently, the foundation’s goals are achieved through a series of performing arts concerts in Edmond and archaeological excavations in Israel. We aim to help realize the human potential, aid human achievement, and support humanitarian projects around the world, regardless of race or religion.

Herbert W. Armstrong was recognized and respected by world leaders as an ambassador for peace. Until his death, he was pastor general of the Worldwide Church of God and editor in chief of the Plain Truth magazine. In 1947, he founded Ambassador College in Pasadena, California.

He was also founder and chairman of the Ambassador International Cultural Foundation, known for its cultural, charitable and humanitarian activities.

Swans in Flight is a bronze-and-steel masterpiece by the late internationally acclaimed British sculptor Sir David Wynne. Depicting the five stages of a swan taking flight, each bird weighs up to three quarters of a ton and has a wingspan of up to 15 feet. The sculpture sits in a 40,000-gallon reflecting pool as six water jets cascade over the swans, giving the appearance of motion in flight.

The Grand Mall surrounding the sculpture is paved with over one acre of travertine marble imported from Turkey. A beautiful lawn stretches west to the Hall of Administration and north to Spurlin Lake, creating an ideal setting for outdoor events.

The foundation champions Oklahoma as a world-class center for the arts by bringing monumental cultural experiences to America’s heartland.

The ratio comparing the hall’s volume to each seat is more ideal in Armstrong Auditorium than in Amsterdam’s Concertgebouw, Boston’s Symphony Hall or Vienna’s Musikverein—the three world standards engineers use to measure acoustic quality. Armstrong Auditorium is where art meets auditory science. Experience it for yourself.

Herbert W. Armstrong authorized Ambassador College to send hundreds of students to assist archaeologist Benjamin Mazar in the excavations of the Temple Mount during the 1970s and 1980s. Today, the foundation has revived this humanitarian effort by sending student volunteers from Herbert W. Armstrong College to assist Benjamin Mazar’s granddaughter, Dr. Eilat Mazar, in excavating Jerusalem’s royal quarter. Excavation sites include the biblical King David’s ancient palace in the City of David and King Solomon’s royal structures on the Ophel at the foot of the Temple Mount.

Spectacular discoveries have emerged from the dust of history, the latest of which is the bulla of King Hezekiah of Judah—a clay seal stamped with Hezekiah’s name—found in the royal quarter of the Ophel. At a press conference in Jerusalem on Dec. 2, 2015, Dr. Mazar provided the English translation of the bulla’s Hebrew inscription: “Belonging to Hezekiah [son of] Ahaz, King of Judah.” She called it the most important individual discovery of her career—a career that includes discovering King David’s palace, Nehemiah’s wall, bullae belonging to princes who persecuted the Prophet Jeremiah, a Davidic-era secret tunnel, a Solomonic-era wall, and a spectacular golden medallion featuring a menorah from the sixth century.

Herbert W. Armstrong College student volunteers processed, cataloged and published that phase of the dig. With their help, Dr. Mazar published Volume 1 of her report on the Ophel excavations. In January 2018, volunteers returned to the Ophel and are assisting Dr. Mazar on a third phase of her excavations. Visit the website keytodavidscity.comfor further information about this historic project.

The Philadelphia Church of God

The Philadelphia Church of God (pcg) started humbly in 1989 with just 12 members. Today, it is a worldwide organization dedicated to continuing Mr. Armstrong’s teachings and mission, which have been repudiated by the Worldwide Church of God. The Church has members in 65 countries and regional offices in Australia, Canada, the Philippines, South Africa and the United Kingdom. The PCG world headquarters is in Edmond, Oklahoma.

The Church sponsors both the Armstrong International Cultural Foundation and Herbert W. Armstrong College, which has campuses in Edmond, Oklahoma, and Edstone, Warwickshire, in England.

Many observers discern the obvious connection between the Church and its support of biblical archaeology through the foundation. Less obvious, perhaps, is the Church’s support of the performing arts. Cultural and performing arts are the highest expression of the human spirit, which glorifies and dignifies God who created it. Concerts, lectures, recitals and all other performances at the Church’s Armstrong Auditorium are designed to inspire the guest to cultivate and develop the human potential resident within everyone—in short, to promote the best of the human spirit.