Can You Make Yourself Smarter?
If you have ever said, “I’ll never be good at that,” you need to change your thinking.
By Joel Hilliker • May 30, 2018 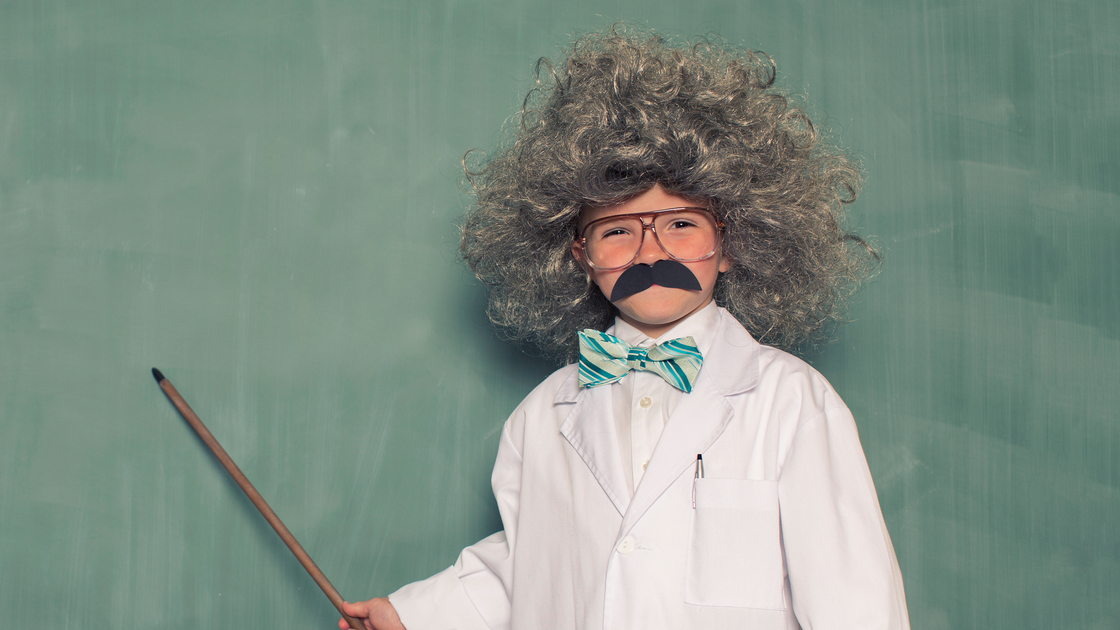 You’re either smart, or you’re dumb. You’re either good at math, or bad at it. Good at music, or hopeless. You’re a science guy, or a language gal, or a handyman. Or none of these. That is the way many people think.

They think aptitude is fixed. They think if you try something and fail, that proves it’s just not your thing. You’re bad at it—just admit it and move on.

Even if you don’t say that, you may still be acting on this belief without realizing it.

When you see someone else excel at a subject or a skill, it is easy to think of that ability as natural talent. You see the skill, but you don’t see the preparation, practice, time and effort that person invested to get that skill. You compare yourself to the end product and think, I just don’t have that kind of ability. So you avoid the activity. If it’s a school subject, your motivation weakens, you don’t try as hard, and you fall further behind.

The idea that you’re “bad at something” becomes a self-fulfilling prophecy.

The Apostle Paul said it’s unwise to compare yourself to other people (2 Corinthians 10:12). If you use other people as your measure, you will tend to get discouraged (only looking at those better than you) or vain (only looking at examples you feel superior to). God wants you to keep your eyes on Him and use His standards.

One study made this amazing discovery: Students who believed they could change their level of intelligence got higher grades than those who thought their IQ was set. Another study worked with some low-performing minority junior high school students, telling them that intelligence is adaptable and grows with hard work. Guess what? The students worked harder, and their grades improved.

This isn’t just “the power of positive thinking.” What those researchers told those students is true: You can actually increase your intelligence by working hard! The brain is remarkably responsive when put to good use; it forges new connections and becomes more capable. The idea that you are doomed to stay dumb because that’s “just the way you are,” for most people, is a lie. And it is a lie that traps people in failure.

Of course people have different natural tendencies that make some subjects or skills easier than others. But study after study have shown that the far greater determinant of success—many times over—is simply hard work.

If you struggle at math and take that as a sign you’ll never be good at it, chances are you’ll prove yourself right. If you fail at something and accept that result and never challenge it, then you will be stuck. Your motivation will tank. You will downshift your expectations and focus on just getting through that class and moving on.

Many, many people—from the time they are young—do this. It is easy to do.

If you have thought this way, realize: It is never too late to break this cycle.

Study the life of any truly successful person, and you are guaranteed to find a hard worker. You will find someone who is still learning, still taking on new challenges. Success doesn’t come any other way.

Read the parable of the pounds in Luke 19:11-27. It’s a striking picture of how God expects each of us to make the most of the opportunities and abilities He gives.

God’s way of life is a growth-oriented way. We all start out life knowing nothing. Growing up is a process of failing, trying again, stumbling, getting up, learning, picking up lessons and skills bit by bit. When you take a positive approach to that sometimes painful process, you build patience, persistence, determination, drive, resiliency and character. That is exactly what God wants. And He wants you to keep learning, growing and challenging yourself, not just until you graduate high school or college, but as long as you live.

Research shows that your brain actually grows more by struggling over obstacles than by easy wins. That is physical evidence that God designed us to overcome and grow!

Know the truth: You can improve. Don’t accept failure. Struggle through mistakes until you learn from them. When you’re corrected, embrace it. That is the only way to improve. When you do badly, adjust your approach and persist. When you fail, work harder. Don’t quit until you succeed. Fight until you win.

When you see someone who is more accomplished than you, don’t let that discourage you: See what you can learn from that person.

This is the positive, growth-oriented approach to life that God wants to develop in you, no matter the skill or subject.

“Seest thou a man diligent in his business?” Proverbs 22:29 says. “[H]e shall stand before kings.” Notice: Success doesn’t come by natural ability. Accomplishment doesn’t depend on the smarts you were born with. God says it depends on diligence. Work hard in your business, apply yourself, and you will grow. You will get more skilled, more successful—even smarter! And doors of opportunity will open!