The Use of the Thing
Modern technology—a blessing and a curse
By Mark Jenkins • May 21, 2018 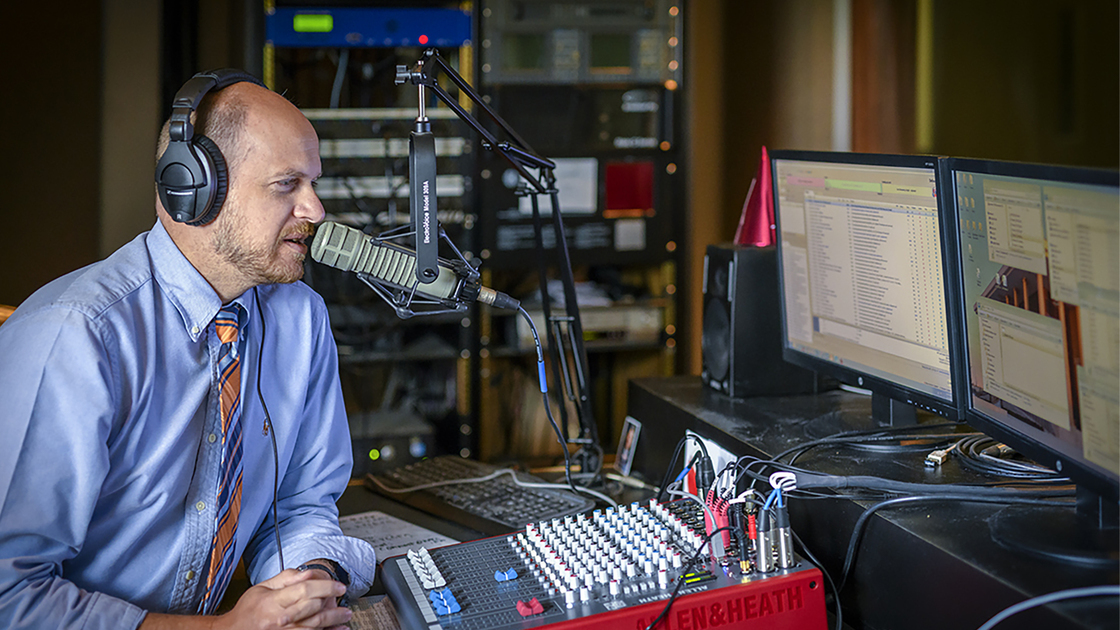 Everybody eats. Everybody drinks. Marriage is the institution on which society is built. There is nothing inherently wrong with any of the things Jesus Christ lists in Matthew 24:38: “For as in the days that were before the flood they were eating and drinking, marrying and giving in marriage, until the day that Noe entered into the ark.”

That is one reason our modern society is so dangerous for a teenager. When things don’t seem dangerous, you don’t see the danger. Noah’s entire society was destroyed in the Flood. And the real warning here is in verse 39: that the days you live in, just before the return of Jesus Christ, are the same as those days. Things that are appropriate, even things made by God, are used in a twisted way by our society, even as they were in Noah’s day.

How does this apply to your usage of modern technology? Simply put, it’s the use of the thing that matters most. When the telegraph was invented, the first words ever transmitted were: “What Hath God Wrought.” How much benefit has God’s Work derived from technology? The Work under Herbert W. Armstrong was called the Radio Church of God for 34 years! Radio was the earliest of many of our modern technologies—and what a blessing radio has been! Today, kpcg.fm broadcasts through the Internet, which Pastor General Gerald Flurry has called a “high mountain,” where Zion—the Church—is commanded to “lift up thy voice with strength” (Isaiah 40:9).

And yet, what a curse to modern society all of these forms of media have been! Whether we are talking about radio, movies—even paper books—television, tablets, smartphones, laptops or any other device you could name, great evil has come out of them. The more powerful the technology has become, the greater the potential for wicked use has become—and society has not held back at all.

When I started college, there were no smartphones or tablets, and not a single student owned a laptop. I haven’t noticed that people are better educated since the introduction of the Internet despite much easier access to information.

I saw the first laptops enter classrooms over the course of my college career in an era when computer labs were the norm. As a teacher myself, I’ve observed that computers are usually more beneficial to students when they have to schedule the time to use them and go to the machine rather than having a laptop available 24/7 within arm’s reach. When you have a predetermined purpose and time for using a computer—writing a paper, editing photos, etc—you tend to carry out that objective instead of wandering mindlessly around the web or checking social media.

Like many of you, I use an app called Duolingo to study foreign languages. Olive Tree makes excellent Bible software. I also use an app called Scripture Typer Pro to memorize scriptures—using some of the same techniques to promote achievement that time-wasting social media and violent video games use to consume your attention and atrophy your brain. It’s how you use the device that matters. Many of you around the world use a computer for online classes. You should keep using your devices for those sorts of productive, scheduled activities.

But let’s not fool ourselves either. Large companies with billions of dollars at their disposal are actively seeking to grab as much of your attention as they can any way they can, and they don’t have your best interests at heart. The time-wasting aspects of this are bad enough, but the Internet—social media in particular—is also filled with real danger, spiritually and even physically, in the form of sexting, sextortion, cyberbullying, sexual predation and identity theft.

The people who care for you are going to set loving restrictions on what you do. When my children study with a device, they use a specially restricted profile—even though my wife and I are usually still right there in the room with them. There are choices that children simply aren’t old enough to make. In many cases, someone older and wiser will need to determine what access you should have for your benefit and protection as you mature into someone capable of judging what is right and what is wrong, what is dangerous and what is not. Even beyond that, when in doubt, ask a parent or a minister—someone older, wiser and capable of discerning with the Holy Spirit—what to do in specific cases. That’s why God gives you those people. And if you already have a problem with overusing or misusing some form of modern technology, you really don’t have to use it at all outside of specific classroom instruction and assignments.

God is presenting you with choices. Deuteronomy 30:19 says: “I call heaven and earth to record this day against you, that I have set before you life and death, blessing and cursing: therefore choose life, that both thou and thy seed may live.”

That applies to choices you make every day. God’s Work heavily utilizes modern technology for everyone’s benefit on a daily basis, and you will benefit as you learn to serve God as well. But please use the material in the upcoming July 2018 issue of True Education to help and motivate you to steer clear of the incredibly dangerous aspects of Satan’s world that he presents through technology and the media every day.