My Red-Spangled Banner
A few lessons from a public display of patriotism
By Aebra Hayes • April 18, 2018 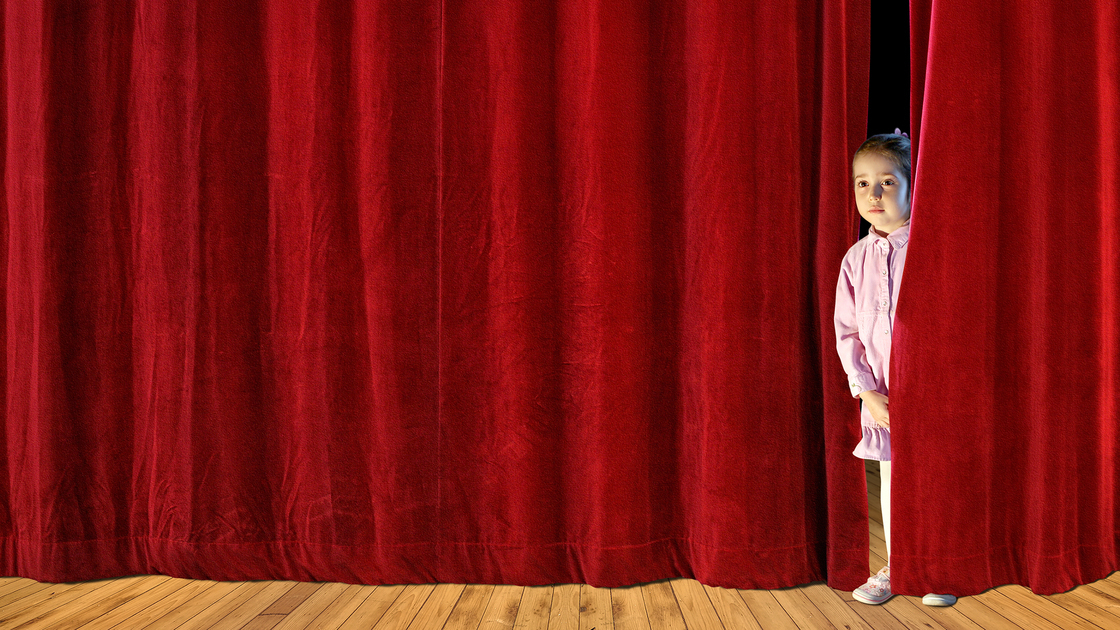 As soon as my third-grade teacher announced our history assignment, my heart started to race. Everyone in my class would have to learn “The Star-Spangled Banner”—the United States national anthem—and then sing it in front of the class. Alone. Disbelief washed over me. A single thought ran through my head: I can’t do that; it’s too embarrassing.

Most people aren’t completely comfortable singing in public—especially not alone. And I would have to sing in front of 25 other students. For a shy seven year old, I might as well have been giving an inaugural address in front of a million people. It was scary.

As the day of public humiliation approached, my worry festered. Like anything you might dread—giving a speech, taking an exam, having a difficult conversation with someone—I worried about it so much that it became a much bigger deal than it really was.

The day came, and one by one, my classmates stood up and sang the national anthem. I sank into my seat, hoping that my teacher wouldn’t see me. I definitely did not raise my hand to volunteer.

“Aebra. It’s your turn.” I pushed my chair back, stood up while my knees knocked against each other, and sang the 90-second anthem. The words flowed freely—even in my embarrassment, I hadn’t forgotten the lyrics (which I’m sure are ingrained in every American’s heart anyway). However, I was acutely aware that my face was getting red. There was no reprieve. As I continued to sing, my face became more and more heated.

I finished the song and sat down. My teacher said, “Aebra, that was perfect, but your face was as red as a tomato the whole time.” She thought it was funny, and I smiled, mostly relieved that it was over. But to this day, this incident serves as a reminder for me: If I had brought the matter to God right away, my knees probably would not have knocked together. My face wouldn’t have been as red as a tomato. In reality, there was absolutely nothing to be afraid of. It was silly that I was so nervous! Yet, in my head, I had exaggerated the situation.

Fast forward six years to my first Philadelphia Youth Camp in 2011. Every camper has to give a five-minute speech at pyc. I wrote my speech, planned it, and practiced it. But of course, I was still a bit nervous. Instead of worrying about it for weeks though, I prayed that God would help me to give the speech confidently. And guess what? Everything was fine. I wasn’t embarrassed, and I didn’t blush. God answered my prayer and calmed my nerves. Instead of worrying about the speech, I looked forward to it!

There are a few lessons that I learned from singing “The Star-Spangled Banner.” I learned that procrastinating will always lead to worry. I had the option to just sing the song in front of my teacher, but I didn’t take it. I learned that, especially for young people, it’s so easy to build things up in our heads and think that a task is going to be more difficult than it really is.

But the biggest lesson I learned is that if you’re anxious about something, rely on God. Bring the problem to Him immediately. Don’t let your worries simmer until they boil over.

The lesson I gained from this incident is so valuable. God wants us to rely on Him for everything in our lives, from a homework assignment to a painful, ongoing trial. If I had done that from the start, I wouldn’t have wasted so much time worrying.

Elbert Hubbard said, “The greatest mistake you can make in life is to be continually fearing that you will make one.” We must face the things that might cause us to worry: the speech, the test, the difficult conversation. Instead of worrying that you will make a mistake, rely on God. Cast your cares upon Him because He cares for you (1 Peter 5:7). He will deliver you every time.