Know Your Bible: God’s Word on Phobias
Here’s the one phobia you really need.
By Mark Jenkins • April 16, 2018 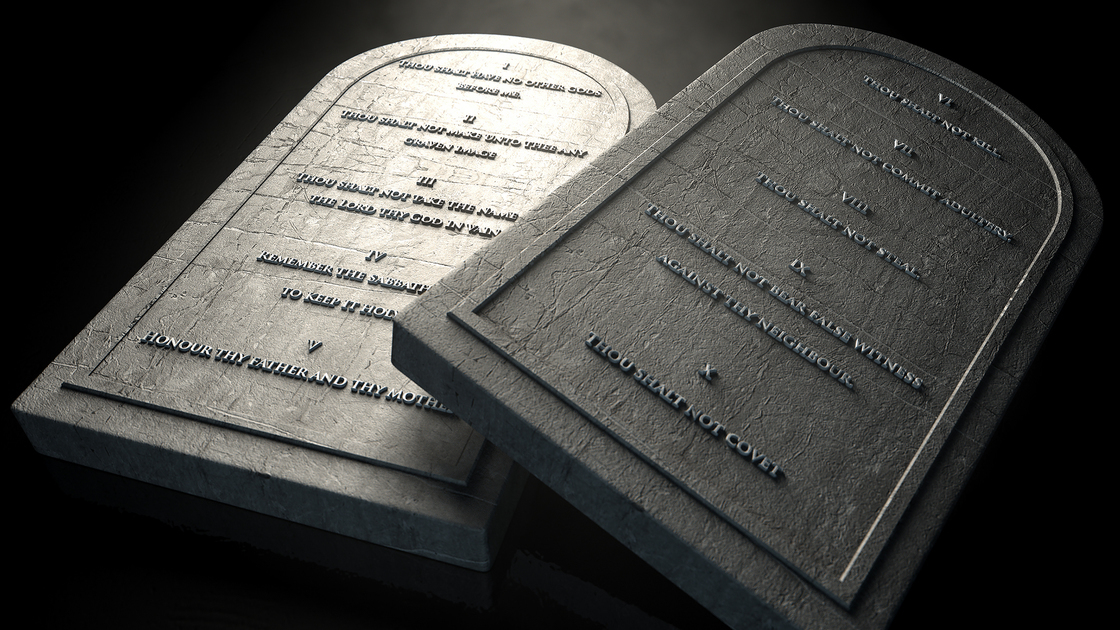 As a young person in God’s Church, what you really need, according to Scripture, is a phobia. Throughout the New Testament, the Bible uses the Greek word phobos, or what we call in modern terms, a “phobia”—fear, dread, terror. Often, it refers to the actual debilitating fears that we need to overcome. Yet that same word—phobos—also refers to a proper fear that we should have.

As you will see, the Israelites often had a carnal, fearful reaction when they should have exhibited fear for God instead.

What about you? How do you deal with your fears? The Bible has a great deal to say about this.

Also, do you know how to really fear God in a way that pleases Him? Let’s examine what the Bible says about fear and see how critical a proper understanding of fear is to our relationship with God. Grab a Bible, your pencil and some paper, and let’s dig in!

1. How does God describe the scene where the Ten Commandments were given to the nation of Israel? Exodus 19:16-19. Lightning streaked across the sky, illuminating the billowing smoke. Thunder roared. Even the earth beneath their feet moved. The shofar—a sound the Israelites associated with war—grew louder and louder.

2. How did the people react to this scene? Exodus 20:18-19.Seeing this fantastic display of the very power of God, the people were terrified. With all of their senses activated by the amazing spectacle around them, they drew back in fear. They even asked Moses not to let God speak to them so they wouldn’t be killed!

3. Did Moses tell them that they should or should not be afraid? Verse 20. Moses told them both of these things. In the first half of the verse, he reprimanded the nation of Israel for having a carnal, fearful reaction to a godly display of power, and in the latter half of the verse, he admonished them to have a right, proper fear for God Himself. When we refer to our fear of God, we often translate the Hebrew word yare as reverence: a sense of awe, a supreme respect, an attitude of worship.

4. What is the result of having that right fear for God? Verse 20. The latter half of this verse shows that if the Israelites kept the fear of God before their faces, they would not sin. In “The Heart of God’s Law,” Joel Hilliker wrote: “There’s no contradiction in this passage. Wrong fear causes people to cower; right fear motivates obedience.”

5. What did Moses tell Israel at the Red Sea? Exodus 14:13. After Moses instructed the people to “fear not,” God delivered them by drowning the Egyptians in the Red Sea, collapsing two walls of water on the pursuing enemy. At the end of the chapter, we see that this time, instead of drawing back from God’s power as they would later do at Mt. Sinai, this remarkable display led the newly freed Israelites to fear God (verse 31).

4. What is the love John is referring to here? 1 John 5:3. Just a few verses after telling us that perfect love will cast out fear, the Apostle John definitively identifies that love as keeping God’s commandments. So we see that proper godly fear leads us to not sin—to keep the commandments—and that casts out our improper fears.

5. What do we learn by saving our second tithe to keep the Feast of Tabernacles? Deuteronomy 14:23.By keeping the commands that relate to our festival observance, we learn to fear God—always!

Whom Do You Fear?

1. Why wasn’t Elisha afraid when approached by a hostile army? 2 Kings 6:15-17. Unlike his servant, Elisha knew that the angelic army with him was far larger than the army of men facing him. God protects us similarly today as well!

2. Does a proper fear of God identify the Philadelphians? Malachi 3:16. This scripture, as explained in Malachi’s Message to God’s Church Today, specifically describes those who left the Laodicean churches and joined the end-time Philadelphian remnant as “they that feared the Eternal.”

3. Should we fear people too? Proverbs 29:25. Fearing people rather than God leads us into a trap. We should only fear the people in our lives who represent God—because they speak for Him.

4. Does God command us to fear our parents? Leviticus 19:3. Not only does God command us to fear both our father and our mother, but the Bible uses exactly the same Hebrew word as the fear we show toward God Himself. This means you should have a deep reverence toward your parents and respect their commands—they are the prime, daily example in your life of people who represent God the Father.

What to Do With Fear

1. How important is it that we overcome our improper fears? Revelation 21:8; Hebrews 10:38-39. When the Apostle John lists those who will go in the lake of fire, he mentions the fearful first. He lists the fearful even before the unbelieving. God says that He takes no pleasure in those who draw back.

2. What does God tell us to do with our worries? 1 Peter 5:7. God is far more capable of handling our concerns than we are. We should cast all of them on Him! God’s desire and ability to handle our needs and cares is discussed in much more detail in Matthew 6:25-34.

3. If we are fearful, will that spread to others? Deuteronomy 20:8. If you exhibit fear, those around you might have the same reaction. Not only should you express godly confidence, it should be visible to those around you—we are the light of the world (Matthew 5:14).

4. Did Herbert W. Armstrong fear God? Malachi 2:5. Remarkably, this exact question is answered in scripture. God made a covenant with Mr. Armstrong—a type of Levi, as Malachi’s Message explains—because of the fear he exhibited for God. Here are a couple examples where Mr. Armstrong personally discussed his fear for God: “And finally the question came to me—was I going to fear God and keep His Commandments? Would I surrender to obey God and to do what He had shown me was right, or did I think more of what people thought of me and would I rebel against God as nearly all humanity has done since Adam? Well, it was the hardest struggle that I had ever had; it was the biggest thing I’d ever faced in my life. And in the end I gave in and I surrendered to God” (May 24, 1979 World Tomorrow transcript). “Personally, I have learned what it is to fear God! Frankly, I’m afraid—and I mean really afraid!—to disobey God or turn from Him or cease to serve Him in the mission to which He has called me! I’m afraid to live contrary to His Word. Better fear God—tremble before His Word—be afraid to disobey, and then live in the great and peaceful security that comes from a living faith in Him! Yes, better a thousand times to have this godly fear and trembling to do wrong, and then have God’s gift of peace and security through faith, than to ignore God and trust in men or in money” (August 1950, Plain Truth, “Heart to Heart Talk With the Editor”).

5. Does this fear apply to how we answer the questions others might have? 1 Peter 3:15. We should always be ready to answer with meekness and fear—not fear of the men asking the questions, but the fear of God! Mr. Armstrong was challenged in public speaking campaigns many times—often outright heckled! Read Chapter 29 of his autobiography to see some classic examples of how he dealt with this situation—not relying on himself, but relying on God.

6. Does God promise blessings when we fear Him? Psalm 25:12-14.There are many blessings that result when we fear God: God Himself will instruct us and guide us in our lives; He promises that we will prosper materially and physically; He even promises to share His secrets with us. For more detail on these exciting verses, read “Just a Few Amazing Blessings From Fearing God” by Joel Hilliker on pcog.org. Questions will come. Persecution will come. And the question that we must answer is: Will we draw back—recoiling as the ancient nation of Israel did? Or will we surrender to God, learning to fear Him as Mr. Armstrong did, trembling at the thought of disobeying His Word, and as a result, expressing the boldness that comes from surrender to God? What are you afraid of? There is only one phobia you really need: the fear of God.