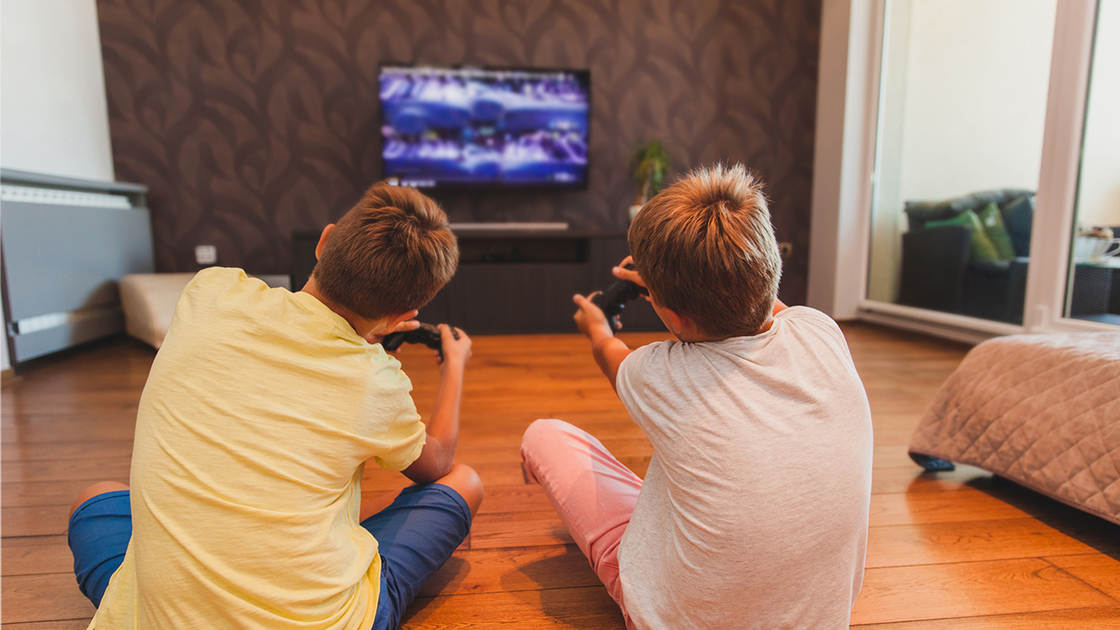 What is one striking common denominator between all of these killers?

They were all obsessed with violent video games.

That doesn’t mean the games themselves caused these mass murders, but these killers’ obsession with violence is definitely a contributing factor. There are other links between them, particularly their upside-down families. But an undeniable common denominator is what these people were filling their minds with.

The true danger of violent video games is that they desensitize the player to reality. Cruz played violent games eight to 15 hours a day. His neighbor, Paul Gold, said, “It was kill, kill, kill, blow up something, and kill some more, all day.”

Ramsey even said, “I did not understand that if I … pull out a gun and shoot you, there’s a good chance you’re not getting back up. You shoot a guy in Doom and he gets back up.”

Recently, there have been all kinds of studies attempting to defend violent video games. But as a March 2017 Telegraph article brought out, many of these studies draw bogus solutions based on selective data. Violent video games today are just so realistic—and graphic! Think about how much more horrific these “games” are today, even compared to the way they were at the time of the Columbine massacre in 1999.

The Telegraph wrote, “Now imagine how different games like Doom are, 20 years on. Imagine how sophisticated the software is and how realistic it feels as you go about your business obliterating demon hordes through the depths of hell. It is—to quote the game’s marketers—‘a brutally fun and challenging modern-day shooter experience.’” This is from the people marketing the game. Brutally fun? A challenging modern-day shooter experience?

What a sick and twisted world. And we’re supposed to accept this kind of glorified violence as normal?

Violent video games are just the tip of the iceberg. Just look at our society today. We’ve descended to the depths of violence and depravity on the one hand, and supreme laziness and ineptitude on the other. An article from the Salisbury Review mused on our society, with the title: “All the Devil Has to Do to Win Is Convince Us He Does Not Exist.”

“Don’t imagine that we live in a society which has abandoned the Ten Commandments. It’s much worse than that. We have actually kept the commandments but inverted their teaching. This amounts to practical satanism: We are effectually saying, ‘Evil, be thou my good’” (March 8, 2017).

Then the author rattled off a number of the Ten Commandments. “God said, ‘Thou shalt have no other gods before me.’” And look at how we have reversed that today.

“God said, ‘Thou shalt not make unto thee any graven image.’ Secular society ridicules this prohibition as something belonging to primitive savagery. …

“God said, ‘Thou shalt not take the name of the Lord thy God in vain.’” But taking God’s name in vain has become part of the “casual blasphemies of our daily speech.”

“God said, ‘Remember the Sabbath day, to keep it holy.’ Are you kidding! We inhabit a gaudy new materialistic and hedonistic babel of shopping and boozing 24/7.” This author may not understand which day the Sabbath day actually is, but he does see our society’s 24/7 materialism.

“God said, ‘Honour thy father and thy mother.’ But today it is rather the case of, ‘Parents obey your children’ as their every whim must now be indulged and what was once wholesome discipline is now regarded as akin to child abuse. Children just out of the nursery are allowed to choose what sex they would like to be. As for our fathers and mothers, we encourage them to make speed and shuffle off this mortal coil when their existence becomes too inconvenient for us and interferes with our lifestyle.

“God said, ‘Thou shall not steal.’ … God said, “Thou shalt not bear false witness.’” But we are living in a lying, thieving culture.

“God said, ‘Thou shalt not covet.’ … As George Bernanos wrote, ‘Europe is living under the sun of Satan.’ But don’t be deceived: This will not continue indefinitely. God is not mocked. There will be a reckoning and, ‘Every one of us shall give account of himself to God’ (Romans 14:12).”

When I read that, it made me think of a classic monologue by radio broadcaster Paul Harvey, uttered more than 50 years ago: “If I Were the Devil.” As you read this, keep in mind that it’s from 1965. How much worse is our world today—now that Satan has been cast down?

“If I were the devil, if I were the prince of darkness, I would want to engulf the whole world in darkness. I’d have a third of its real estate and four fifths of is population, but I would not be happy until I had seized the ripest apple on the tree—thee. So, I would set about however necessary to take over the United States.

“I’d subvert the churches first—I would begin with a campaign of whispers. With the wisdom of a serpent, I would whisper to you as I whispered to Eve: ‘Do as you please.’ To the young, I would whisper that ‘The Bible is a myth.’ I would convince them that man created God instead of the other way around. I would confide that what’s bad is good, and what’s good is ‘square.’ And the old, I would teach to pray after me, ‘Our Father, which art in Washington …’

“And then I’d get organized. I’d educate authors in how to make lurid literature exciting, so that anything else would appear dull and uninteresting. I’d threaten tv with dirtier movies and vice versa. I’d peddle narcotics to whom I could. I’d sell alcohol to ladies and gentlemen of distinction. I’d tranquilize the rest with pills.

“If I were the devil, I would encourage schools to refine young intellect but neglect to discipline emotions—just let those run wild. Until before you knew it, you’d have to have drug-sniffing dogs and metal detectors at every schoolhouse door.

“Within a decade I’d have prisons overflowing. I’d have judges promoting pornography. Soon, I would evict God from the courthouse, then from the schoolhouse, and then from the houses of Congress. In His own churches, I would substitute psychology for religion and deify science. I’d lure priests and pastors into misusing boys and girls and church money. If I were the devil, I’d make the symbol of Easter an egg and the symbol of Christmas a bottle.

“If I were the devil, I’d take from those who have and give to those who wanted until I had killed the incentive of the ambitious. What’ll you bet I couldn’t get whole states to promote gambling as the way to get rich? I would caution against extremes, and hard work, and patriotism, and moral conduct. I would convince the young that marriage is old-fashioned, that swinging is more fun, that what you see on tv is the way to be. And thus, I could undress you in public, and I could lure you into bed with diseases for which there is no cure.

“In other words, if I were the devil, I’d just keep right on doing what he’s doing.”

We are a half-century on from that now, and look how much more upside-down society is! Both the Salisbury Review article and Paul Harvey’s broadcast prove what Herbert W. Armstrong was saying decades ago about the world we live in. In the year 1984—near the end of his physical life—he had a “mind-boggling realization,” as he put it, that compelled him to write Mystery of the Ages. God gave him a deeper understanding of the end of Genesis 3, which shows that this world—mankind as a whole—is cut off from the truth of God, from the ways of God, and from the tree of life. When man decided to take of the wrong tree, God cut off Adam and his descendants from eternal life—lest they “take also of the tree of life, and eat, and live forever” in misery (Genesis 3:22). Man made his decision, so God sentenced mankind to 6,000 years of following Satan’s way. Revelation 12:9 says that Satan deceives the whole world. That means government, business, commerce, education, religion, etc. The entire world as we know it is based on Satan’s way.

2 Corinthians 4:4 shows clearly that this is not God’s world. It is Satan’sworld. He is the “god of this world” who has blinded mankind. This is not God’s world—not at all. Throughout the Bible, God admonishes us in the strongest terms possible to come out of the world and its way of thinking. Revelation 18:4 warns us to come out of Babylon. 2 Corinthians 6:17 tells us to “come out from among them”—those of the world—“and be ye separate.” 1 John 2:15-16 warn us: “Love not the world, neither the things that are in the world. If any man love the world, the love of the Father is not in him. For all that is in the world, the lust of the flesh, and the lust of the eyes, and the pride of life, is not of the Father, but is of the world.” Notice the word “all.” Nothing in the world is of God.

Verse 17 tells us, “And the world passeth away, and the lust thereof: but he that doeth the will of God abideth forever.” This world and the ways of this world are about to pass away! God is about to establish a new and very different world. That new world has already started in a small way through Jesus Christ’s one true Church. These true Christians are called out now for a special purpose—to teach the world in the future. We are not cut off; we are able to partake of God’s tree of life and the Holy Spirit. But we must live in Satan’s world.

In 1984, Mr. Armstrong realized more deeply than ever before that man is cut off from God, and this is Satan’s world. Think about the world we live in; can you dispute that? This world is so evil and perverted. Think about the mass murderers who kill innocent people. Think about the thousands who fill their minds with the mind-numbing, stomach-turning violence of video games that are clearly straight out of the mind of the devil. Think about Paul Harvey’s radio broadcast: If I were the devil, given his objectives, I’d just keep doing what he is doing. The devil has been awfully successful at deceiving the world, hasn’t he?

Will you also be deceived?

Be careful what you fill your mind with. Be careful of wittingly leaving doors open to Satan. Be careful of loving the world or the things of the world. This world is not of God. God says to come out of this world (2 Corinthians 6:17; Revelation 18:4). If you truly look at this world and see it as God sees it, you will pray with all your heart, “Thy kingdom come!”

Thank God for that hope He has given us—that when the 6,000 years of Satan’s rule are finished, God’s Kingdom will be established, and he will put an end to all the violence and misery of the world once and for all.