What Is Leaven—and Why Does It Matter?
Understanding how products become leavened
By Mark Jenkins • March 19, 2018 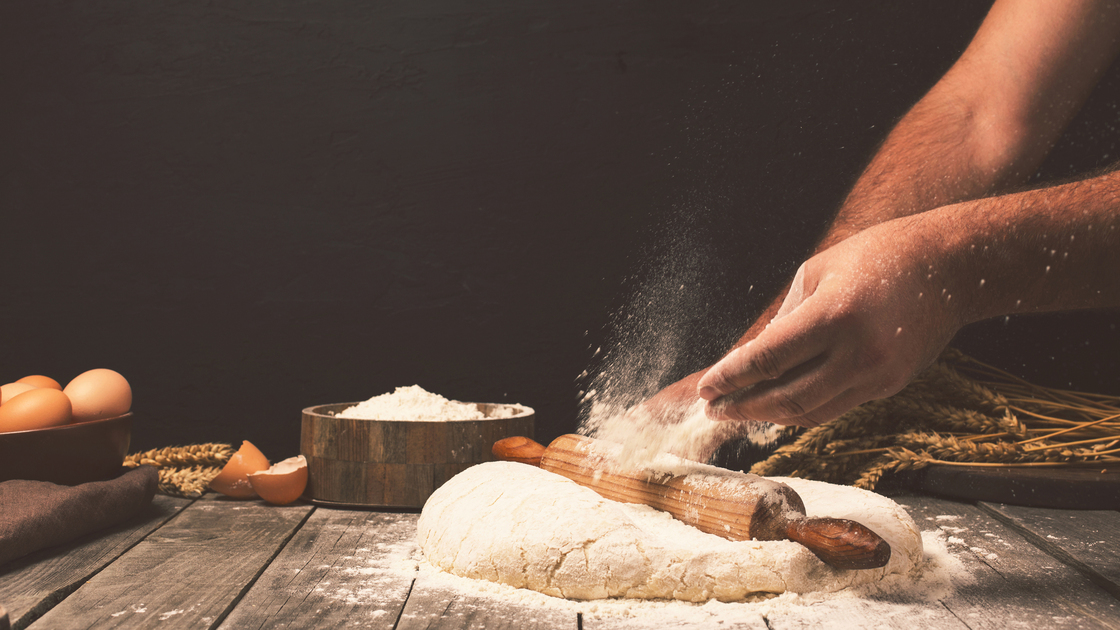 Many people find the Days of Unleavened Bread especially ridiculous for a modern-day Christian, astonished that anyone would toss out their bread annually. Even Jews react quizzically upon learning that a non-Jew keeps these days. Their curiosity turns to surprise when they learn that true Christians interpret “leaven” differently than they do. The difference between their view of what leaven is and the intent of God’s command is revealing.

Most Jewish people who still observe these holy days do so as a ritual, interpreting God’s commands by judgments in the Torah rather than by the spiritual intent of God’s law. In fact, instead of banning leaven, the Jews ban grain. The idea is that grain left out to ferment could become chametz—leavened—and implies that something has been fermenting to produce a leavened product. “Chametz” is similar to “chamutz,” which means “sour” in Hebrew.

The notion that something might puff up—the actual principle of the Days of Unleavened Bread according to the Bible—is not at play when the Jews observe these days. As an example, the Jews do not prohibit baking soda or baking powder. “They’re just minerals,” said Rabbi Moshe Soloveichik. “What do we care about minerals?” Soy milk, though, might contain grain and is therefore banned.

A Jew would remove beer from the home because it contains yeast. They would also remove noodles, which contain grain that might become leavened.

One acceptable way for a Jew to remove leaven is to sell it to a third party and buy it back after the festival. Less scrupulous observers will keep their leavened items in a locked box on their own property, sell them to a third party, and buy them back when the days have ended—with the leavened items never having left their property! Many are now comfortable arranging their chametz sale online.

We must ask: Why does God command you and your family to remove the leaven from your home?

The Effects of Leaven

During the Days of Unleavened Bread, God uses leaven to represent sin because of its effect: Leaven causes bread to puff up (1 Corinthians 5:1-8). This festival shows that we are to become unleavened spiritually through the physical labor of deleavening our homes—removing anything that will cause bread to puff up.

According to Encyclopedia Britannica, a leavening agent is a “substance causing expansion of doughs and batters by the release of gases within such mixtures, producing baked products with porous structure. … Leavening of baked foods with air is achieved by vigorous mixing that incorporates air bubbles, producing foam. … Leavening may [also] be achieved by the process of fermentation, which releases carbon dioxide gas.”

There are three common leavening agents used to puff up or produce fermentation: yeast, bicarbonate of soda (baking soda) and baking powder. Since these items are primarily leavening agents, they should be removed from your property for the duration of these days.

When they are added to a recipe, yeast, baking powder and baking soda all produce carbon dioxide, causing gas bubbles to form and the dough to rise. Any baked goods, such as bread, cake, certain crackers and cookies, cereals and pies that have a leavening agent in them should be discarded before the Days of Unleavened Bread. Even some candies and other foods are leavened, so careful label reading is a must.

In ancient Israel, bread was leavened through the fermentation process. After making a batch of bread dough, the women would allow a bit of the dough to sit and absorb any wild yeast spores in the air. Then, the next time they made bread dough, they would add that tiny bit of leavened dough to their newest batch. By allowing the dough to ferment, or sour—“chamutz”—the Israelites were able to make leavened bread—what we commonly refer to as sourdough today.

According to nasa Science, “People have used yeast for fermentation and baking throughout history. Archaeologists digging in Egyptian ruins found early grinding stones and baking chambers for yeasted bread, as well as drawings of 4,000-year-old bakeries and breweries.”

The Egyptians also had an early form of baking soda called natron that they used for making bread and cleaning. They even embalmed mummies with it because it would preserve the body by removing the moisture.

God’s people follow the spiritual intent of the law. That means, if it will cause bread to rise, we don’t do it. This principle means that leaven is not restricted to the three basic leavening agents listed above.

For instance, consider that you can make sourdough without including an initial leavening agent. Not only is sourdough a leavened product, it was the primary way the Israelites made leavened products. “A starter begins as a mixture of flour and water, mixed to a thick batter consistency. This mixture provides an environment for good bacteria and wild yeasts that are in the air to settle and cultivate, feeding on the carbohydrates in the flour,” explains Chef Jamie Oliver’s website. “They form a relationship and colonize, so that the flour and water are filled with the living microorganisms. The mixture becomes a fermented, sour, live culture. When added to bread, it causes the bread to rise (which is why it’s called a ‘starter’ for bread).”

Of course, using flour itself does not create leavened products. But with the ancient practice of leaving grains out on the counter overnight to ferment having gained popularity recently, remember that during these days, it should not be done!

Egg whites are another example. When they are beaten until they become light and fluffy and then mixed in with a batter, they add air into the mixture. The air expands as the batter cooks, causing the baked good to rise. Nothing should be used to purposely skirt the spirit of the law. Thus, you should not use egg whites as a leaven substitute during the Days of Unleavened Bread—like in angel food cake, for instance. Yet egg whites may be used in meringue for pies and in other desserts when their use is not as a leavening agent—when they don’t puff up any baked product composed of flour or meal.

Questions come up about beer, wine and other fermented beverages, but there is nothing in the Bible that restricts the kind of drinks allowed during the Days of Unleavened Bread. Leaven in the Israelites’ dough is always mentioned (Exodus 12:39, for example), but the invisible yeast or its effect in beer, wine or other libation is never mentioned. Wine, naturally fermented, was a customary staple at God’s ancient festivals. If God would have banned wine and other fermented beverages, the Bible would certainly have recorded this admonition for us.

Other nonfood products contain leavening, such as antacids, some medicines, bath powders, toothpastes, cat and dog foods and even fire extinguishers, but none of these needs to be discarded. These items are not bread, and God does not command the Days of Unleavened Toothpaste.

However, if a so-called nonfood product is a leavening agent by itself—baking soda, for instance—it should be discarded, regardless of its purpose. Remember that Exodus 13:7 instructs us to not let any leavening be seen in all our quarters.

This principle properly applied will answer any question you might have about other food items as well. Sodium bicarbonate in bottled water, for instance, clearly does not constitute leavened bread—in fact, it is naturally present in spring water. Mineral packets such as Emergen-C contain tartaric acid; this too is clearly not a leavening agent. If you are still in doubt as to whether a particular product is leavened, ask someone with more expertise and experience in this area.

God also gives us a positive command that whenever bread is eaten during the spring holy days, it must be unleavened bread. Eating the “bread of affliction” (Deuteronomy 16:3) reminds us that we were in bondage to sin before being delivered from such abject slavery.

Unleavened bread can be easy to make, and there are many recipes. There are also products available on the market such as Matzos, some types of Wheat Thins, Triscuits, etc. Again, make sure you carefully check the labels because different brands or flavors of these products may have leaven in them. Over time, manufacturers may change their recipes. And if, after all of this, you still have any doubts about a particular food and cannot determine if it is safe to eat, it is best to avoid it, “for whatsoever is not of faith is sin” (Romans 14:23).

To picture our deliverance from sin, earnest effort should be made to put leavening out of our homes—just as we must exert effort to put sin out of our lives. Despite your best attempts, however, some leavened products may be discovered in your home or accidentally enter your premises during this festival. This is not surprising, as it types the hidden sins that you may stumble upon as you grow throughout your life. You should get rid of those leavened products immediately, just as you strive to repent and overcome a hidden sin as soon as it is revealed to you. Putting out the leaven (sin) is not a one-time event but something we must keep doing until the process is complete. This explains why there are seven days of Unleavened Bread—seven signifies the number of completeness.

God planned the Days of Unleavened Bread to remind us to deleaven ourselves spiritually. This is typed physically, but our primary concern should be the complete putting out of the spiritual leaven of sin, replacing it with spiritual, unleavened righteousness—not just for seven days, as explicitly commanded, but every day of our lives.