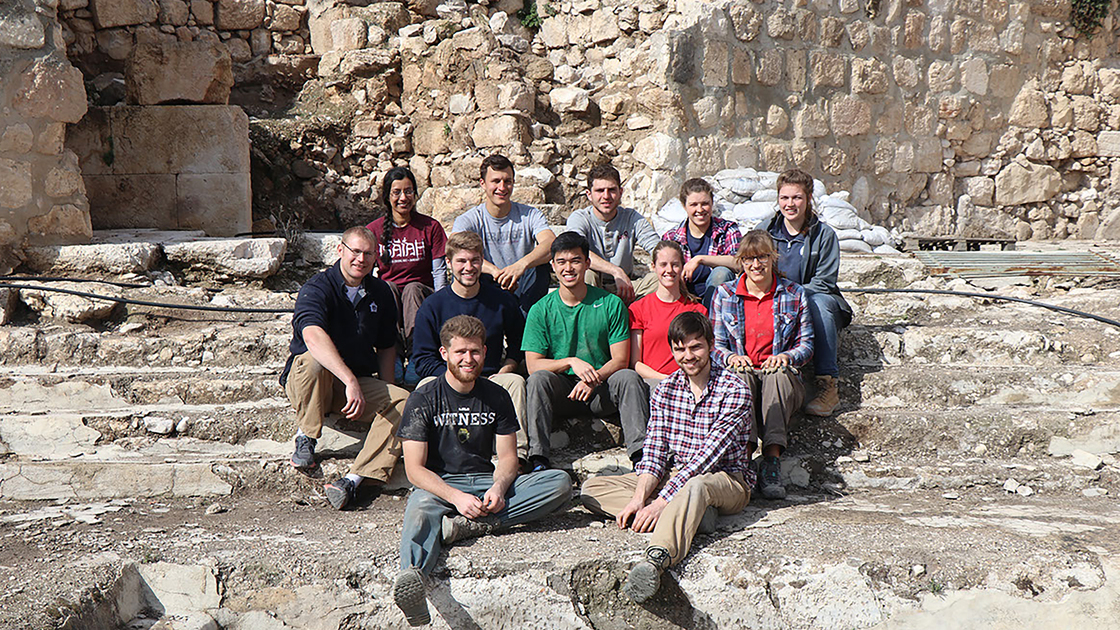 If you have grown up in the United States of America your whole life, it is hard to imagine living in a country that is not the U.S. It was for me, at least. America is the land of wide open spaces, hundreds of miles of spacious highways, gas stations on every corner, and Walmart. But not every country is like the U.S., as I have found out after living in Jerusalem for almost a month and a half. The U.S. was all I had ever known, and that is why living in Jerusalem has been a grand learning experience and adventure.

When we arrived at Ben Gurion Airport in Tel Aviv, Israel, everything looked fairly normal—basically just like any other airport. But as we rode in the taxi van to our apartment, I quickly discovered the first major difference between America and Israel: the driving! Our taxi driver would weave in and out of cars, drive in the middle of the lines on the road, and honk at any other vehicle that appeared like it was even thinking about getting in his way. I did not know it at the time, but this is the socially acceptable way to drive in Israel.

In America, drivers usually only honk their horns at you if you’ve cut them off or if they have to stop suddenly behind you. Perhaps it is someone you know, and they are trying to get your attention so they can wave to you. Usually, it’s a rare occasion to hear blaring horns. In Jerusalem, it’s a rare occasion if you don’t hear blaring horns. For example, as soon as the stoplight turns green, every car behind the first one will lay a heavy hand on the horn until the first car accelerates through the light. If one car is going too slow, the cars around it will honk at it. If one car is trying to get down a road that is designated for traffic going the opposite direction (which happens quite often, actually), it will honk at all the other cars, and all the other cars will honk at it. Often, as we are working on the dig site, we will hear blaring horns from the nearby road. One time, I’m pretty sure I heard a cacophony of horns for about 10 seconds straight. About the only time you don’t hear horns honking is on Shabbat—the Sabbath.

That is another huge and rather awesome difference between America and Jerusalem. In the Jewish quarter of Jerusalem, just about everything shuts down for the Sabbath. A few hours before sundown on Friday afternoon, stores begin to close, and by Friday evening, the streets that are normally crowded with blaring taxis, tourist buses and people bustling to and fro become silent. During the day on Saturday, it is common to see couples taking walks and families at playgrounds with their children. Although the streets are still dirty and the buildings are still crowded together, it is almost as if we are projected forward into the peaceful World Tomorrow on the Sabbath day.

Another thing to get used to in Jerusalem is how close together everything is. The streets are extremely narrow; often there is only room for one car to travel down them at a time. (This is a big contributor to the constant horn-honking you hear throughout the city!) It is quite common to see cars parked on the sidewalk since the streets are so narrow.

The grocery stores are also quite compact. There is no such thing as Walmart in Jerusalem, but there are small grocery stores all over the place—you just have to look in the nearest nook or cranny to find one. They might be about one-twentieth of the size of a regular American Walmart, but they usually have the items you are looking for (as long as you recognize them or know how to read Hebrew!).

Jerusalem itself is a lot more compact than I had imagined. In one day, we were able to visit the Garden of Gethsemane (the location where it is believed that Judas betrayed Christ), the Garden Tomb (the location where it is believed that Christ was crucified and buried) ,and the Mount of Olives. On the way back to our apartment from the Mount of Olives, we walked through the Kidron Valley, past the Ophel, the Old City and the City of David, and through the Valley of Hinnom—all in about three hours. When we are on the Ophel, we are mere meters away from the southern wall of the Temple Mount, the Old City and the al-Aqsa Mosque, and the City of David—which houses King David’s palace and the Stepped Stone Structure—is just on the other side of the busy road with all of the honking cars.

Since we are in East Jerusalem while we are working on the Ophel, we are in the Arab quarter, and we hear the noon Muslim prayer call every day. There are four other prayer calls throughout the day, but we do not hear them from where we live. Hearing that for the first time was another culture shock, but it quickly becomes a normal part of everyday life in Jerusalem.

When I arrive back in America, I will be grateful for open streets to drive on and safe, car-free sidewalks to walk on. I will be grateful for signs and prices that are in English. But I will also miss the exhilaration of timing the run across the street perfectly so as not to be hit by taxis careening down it with their horns blaring. I will miss the quiet afternoon walks through peaceful streets on the Sabbath. I will miss seeing sites that make the Scriptures leap off the page. But mostly, I will be excited to share the grand adventure I’ve had while living in Jerusalem.