Marketing Director Represents Foundation at Israel Celebration
Shane Granger traveled to Texas as a guest of the Consulate General of Israel in Houston.
By Grant Turgeon • Feb. 22, 2018 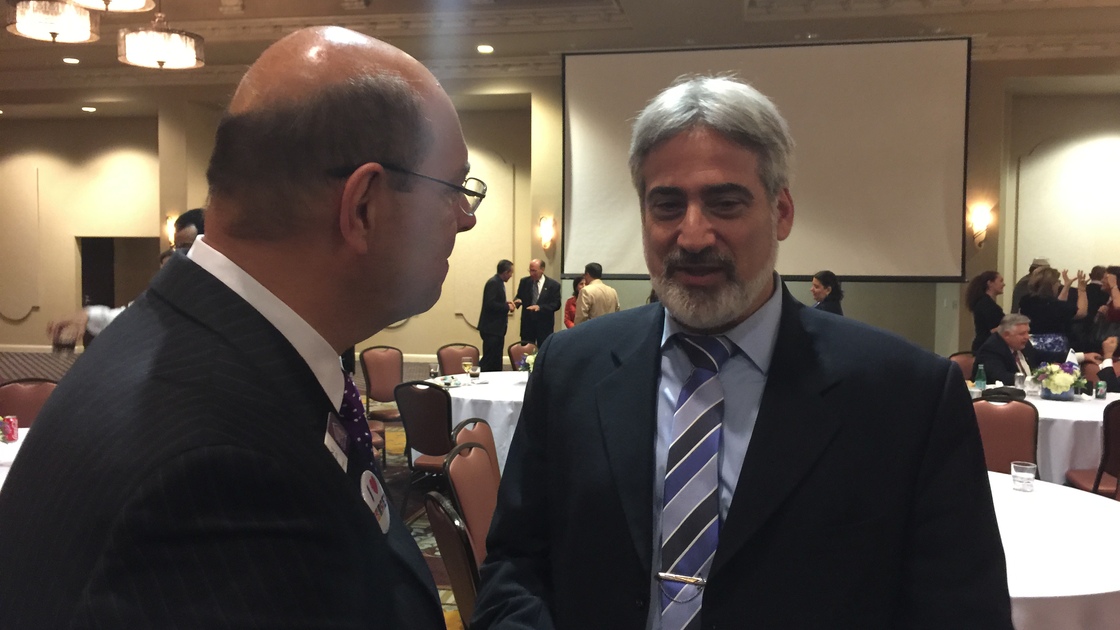 EDMOND—Armstrong International Cultural Foundation marketing director Shane Granger and approximately 250 other guests celebrated Israel’s 68th anniversary a day early on May 11 at the Bayou Events Center in Houston, Texas. Hosted by the Consulate General of Israel in Houston, the event featured musical performances from native Israelis, speeches from prominent figures on both sides of the Israel-U.S. partnership in Houston, and several opportunities to build connections for the cultural foundation.

After the singing of the United States and Israel national anthems, Consul General of Israel to the Southwest United States Eitan Levon gave a welcome address. Levon is responsible for diplomatic relations and legal matters between Israel and the American states of Arkansas, Louisiana, New Mexico, Oklahoma and Texas.

Granger personally invited Consul General Levon to visit Armstrong Auditorium in Edmond in the coming year. Two years ago, the previous consul general, Amb. Meir Schlomo, came to the auditorium to tour the Seals of Jeremiah’s Captors Discovered exhibit and deliver a speech about Israel’s relationship with its neighboring Arab states and other nations. Last year, Deputy Consul Daniel Agranov visited the auditorium, saying he was told “this is the best place in Oklahoma.” Consulate representative Beylanesh Zevadia (now Israel’s ambassador to Ethiopia) visited the Herbert W. Armstrong College campus in 2008, and Amb. Yoram Ettinger (ret.) visited the campus in 2009. Cultural attachés Ben Stinsman and Guy Cohen made the journey in 2011 and 2012, respectively.

Granger and Consul General Levon also discussed recent foundation activities such as the Hezekiah bulla discovery, the “Seals of Jeremiah’s Captors Discovered” display that was in the Armstrong Auditorium lobby, and the archaeological excavations with Dr. Eilat Mazar in Jerusalem. Granger said some of Levon’s assistants spoke favorably to the consul general about the cultural foundation and described foundation officials as “very good friends.”

The keynote speaker was Texas Supreme Court Justice Eva Guzman, who told a rags-to-riches story about her immigrant upbringing under two third-grade-educated parents who sacrificed so that she could raise a child who graduated from Harvard and eventually become the first Latina to sit on the state’s highest civil court.

“We champion freedom for Israel and other nations so they may have an opportunity to make a better life for themselves and their families,” Granger said, summarizing Justice Guzman’s speech. “Her story is an example of that.”

Granger said the event gave him a chance to catch up with acquaintances he met at Israel’s 65th anniversary celebration three years ago and to establish contacts on behalf of the cultural foundation. “They were really appreciative of the fact I flew down from Oklahoma City to attend their event,” he said. “I would say we have a really warm relationship with them.”