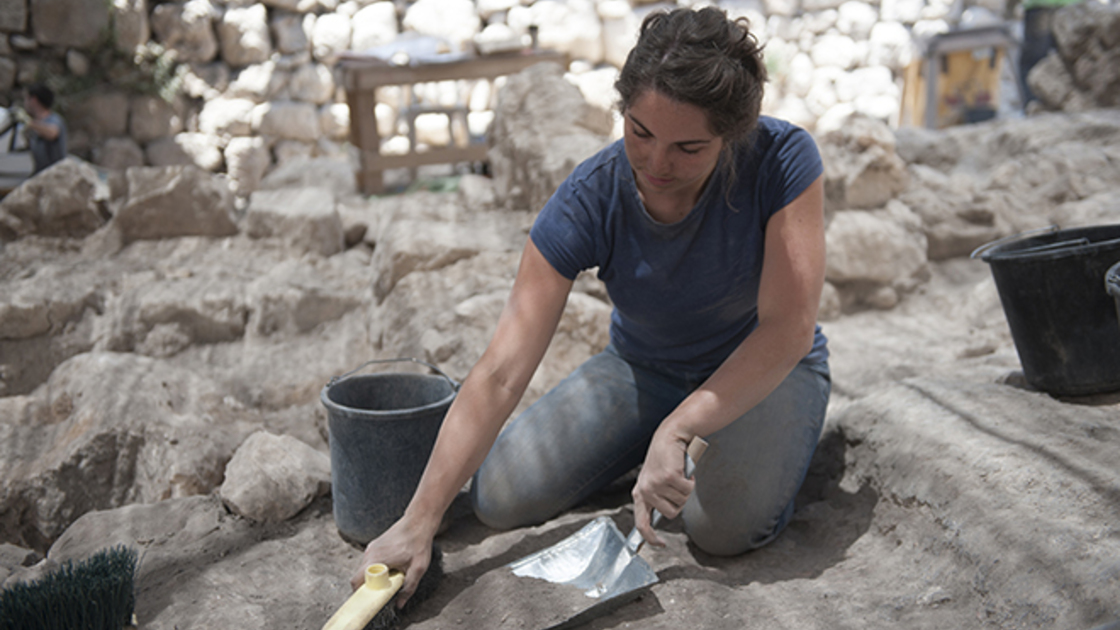 In the summer of 2013, Dr. Mazar and her excavation team uncovered some rich Jerusalem history at an archaeological dig site on the Ophel. Referred to as the Ophel Treasure or the Menorah Treasure, the find is a collection of 36 gold coins, gold and silver jewelry, and a gold medallion dating back to A.D. 614. The 4-inch medallion is ornamented with a menorah, the iconic Jewish symbol of a seven-branched candlestick. Experts say the menorah is one of the oldest symbols of the Jewish faith, and the candlesticks represent Israel spreading light to the world. Israeli Prime Minister Benjamin Netanyahu said the menorah on the medallion is the national symbol of Israel.

The discovery indicates a strong Jewish presence in Jerusalem dating back 1,400 years to the late Byzantine period, when Christians controlled the city.

This treasure, which features distinct Jewish symbols, pre-dates any Islamic presence in Jerusalem. Mohammed’s “night journey” to “the far-away mosque” (considered to be Jerusalem) is said to have occurred in 621.

Hester helped produce a video on the find that was released by the Hebrew University of Jerusalem in September 2013. Dr. Mazar approached hwacdean of students Stephen Flurry in late June about creating a new video for the Israel Museum exhibit, and Hester again got the assignment to work on the project.

“The first thing I thought of was, wow, that was unexpected,” Hester said. After about a month of working with Mazar and the curator of the exhibit, Hester sent off the final version of the video on July 21. He said:

“As I worked on the project, I reminisced about my experiences in Israel with Dr. Mazar. I started to miss her and my friends there. I feel like this project further proves how strong the bridge is between us and Dr. Mazar—a bridge I believe that’s bound to grow even stronger as we move closer to doing the work in Judah.”

Hester’s 2 1/2-minute video includes a view of the Temple Mount and Ophel dig site, footage showing where the treasure was discovered in relation to the Temple Mount walls, original footage of Dr. Mazar and her colleagues unearthing the treasure, and images of the cleaned medallion after it was transferred to the Hebrew University of Jerusalem.

The Israel Museum says the Ophel Treasure will go on display in early September.