Lessons From My Grandmother
Although her death was a somber occasion, it was also an opportunity to celebrate the life of a sweet lady.
By Kenneth Fehr • Feb. 21, 2018 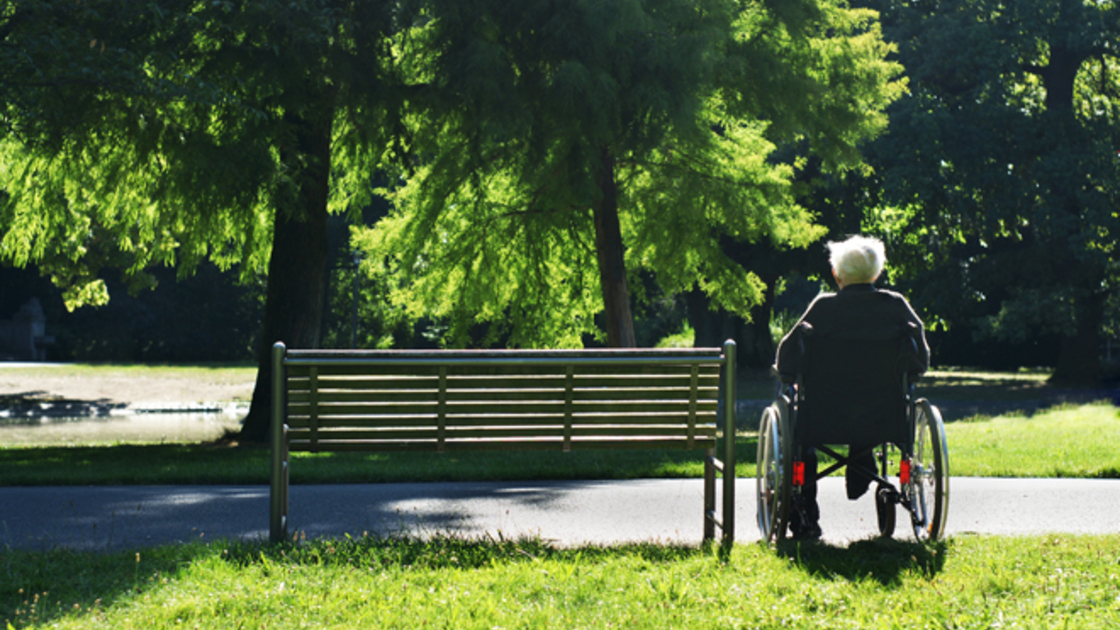 I’m honored to have known my grandmother. Although her death was a somber occasion, it was also an opportunity to celebrate the life of a sweet lady—a celebration of the legacy she left.

My grandmother was born on April 7, 1923, in Saskatchewan, Canada. Her family moved to Mexico when she was 3. There she grew up on the farm enjoying life as a farm girl. At 18, she married her husband Peter—together they had 12 children, two of whom died before her.

In 1966, the family decided to move to Ontario, Canada. Nineteen years later, her husband died. They had been married 43 years. After remaining a widow for four years, she married for a second time. The two lived happily for many years.

Her second husband died in 2011 after suffering with Alzheimer’s disease among other things. Then, in late 2012 my grandmother was diagnosed with Lymphoma. After a brief battle, she died on Sunday, Feb. 24, 2013 from complications related to her illness. She was 89 years old. She left behind 10 children with their spouses, 37 grandchildren, 95 great-grandchildren, and 21 great-great grandchildren.

My grandmother was loved by many. Within the last few years of her life I had the opportunity to observe and glean a few priceless life lessons from her example.

She loved life. In a visit with her in December 2012, she was largely confined to her wheelchair, but she did not let that hold her back. She frequently challenged visitors to a race down the hall at her care home. Using both her hands and feet in an attempt to break the sound barrier, she handily defeated me in the 30-yard dash. On this occasion, she also gave those of us visiting her a brief concert. At 89½ years old, she played the harmonica, tapped her feet and sang in between when she could. She glimmered with joy.

At one point I asked her what made her shaftich so much of the time (which is Plattdeutsch or Low German for happy or filled with joy). She responded humbly, saying it seemed to have been in her nature from a child. But I believe she maintained her happiness and joy because she simply maintained a thankful attitude and followed other biblical principles as best as she knew how. She loved family and people in general. She chose to love life and appreciate each day.

She constantly put others before herself. My dad remembers several accounts as a child, sitting at the dinner table when, upon noticing that there wasn’t enough food for the meal, my grandmother would claim that she had lost her appetite so that there would be enough for everyone else to eat.

Another example of her unselfish concern for others was her relationship with her second husband. When he was largely incapacitated due to the debilitating effects of Alzheimer’s disease, he was unable to communicate much of anything. For five years she loved this man and cared for him even when he was utterly unable to return her love. She expressed love toward him without receiving any in return. It was a heartwarming and inspiring thing to witness. She would often be at his bedside for hours on end as a comfort to him.

What made an impression on me was when I personally thanked a few of her regular visitors for giving her their time—especially in her later years. In more than one instance I was stopped in my tracks as I thanked them, as they stated their appreciation for her part in their life. It became clear to me that she simply brought joy to anyone who came into her presence. I’m sure she had moments of negativity as everyone does, but she strove to have an attitude of service and unselfishness.

She had an amazing sense of humor. She was always joking around and having fun. She wouldn’t settle for taking something too seriously. Instead, it was easy for her to give a smile and laugh.

The last time I saw her alive she was in a considerable amount of pain. To see her in this discomfort gave me a much deeper appreciation for compassion. At one point in the day, as she lay there in a semi-conscious state, I attempted to engage her in a brief conversation. I leaned over and asked her how she was feeling. Her response: ”Schreichlich fein!” (Plattdeutsch for incredibly well). She made me smile. Even in her discomfort she maintained a sense of humor.

My grandmother loved life. She was grateful. She was unselfish more often than not, considering others before herself, and she maintained a wonderful sense of humor.

She was a churchgoing woman her entire life. And, although she wasn’t perfect by any means, her example in these areas was priceless! Worth more than bars of silver, fields of diamonds, or mountains of gold!

Twenty-first century lifestyles can be full of activity without ample time for contemplation. However, it is worth the time to sit back occasionally and take account of the blessing of grandparents in relation to one’s own life and God’s wonderful family plan. In today’s world, the elderly are often marginalized when they ought to be honored and appreciated (Leviticus 19:32; Proverbs 16:31). The opportunity to glean valuable lessons from the hoary heads in our lives is not one to be missed.

I will remember my grandmother as a beaming light and joy to be around. Although unconverted, she left a legacy worthy of honor. I’m excited for her opportunity to fulfill her tremendous human potential in the world to come.