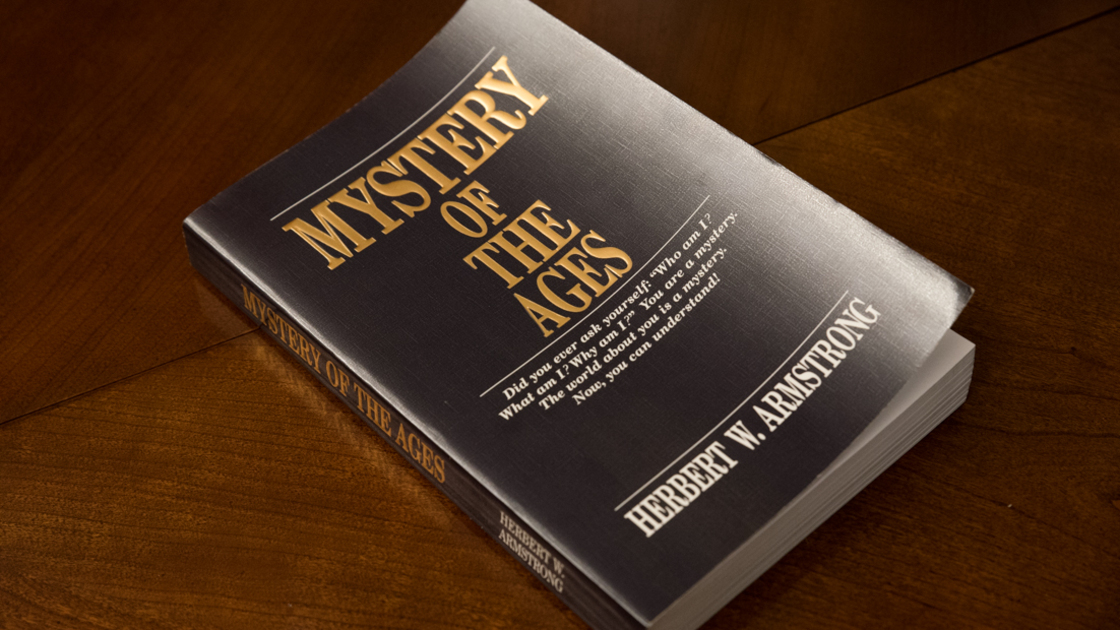 You can’t separate God’s Work today from what Herbert W. Armstrong did. God’s Work is called the continual in the Hebrew. That means God continues His Work, even if one of His leaders dies. Every Work of God is tied to the previous Work.

Notice that Revelation 10:6 ends with a colon. The thought continues in the next verse. “But in the days of the voice of the seventh angel, when he shall begin to sound, the mystery of God should be finished, as he hath declared to his servants the prophets” (verse 7).

The seventh angel discussed here is the trumpet angel, not the angel of the Laodicean era. Before that seventh trumpet sounds, something has to happen on Earth. According to The Companion Bible or the Greek interlinear, the words “shall begin to sound” would be better translated “is about to sound.” This happens as that seventh trumpet is about to sound. Just before the trumpet sounds, there is an accelerated Work going on in a short span of time, and it’s about the mystery of God.

In the past, I wondered how verse 7 even belonged in chapter 10—now we see that the entire emphasis in chapter 10 is on that verse! Here is a mystery in the context of a little book, of prophesying again, of no more delay, of rising up and measuring, of the two witnesses—all just before it’s over and the seventh trumpet sounds.

When Mr. Armstrong said he wanted to get Mystery of the Ages to the largest audience possible, that really was a commission for God’s Philadelphia Church today! Mr. Armstrong died only a few months after he finished writing this book. Then the Church he founded quickly decided to stop publishing it. So Mr. Armstrong’s expression, “the largest audience possible,” which was also inspired by God, was showing the very elect a big part of their work that had to be done.

The Philadelphians had to continue the Elijah Work. Many prophecies tell us that. The end-time Elijah, who restored all things, said we must reach “the largest audience possible”—with the most important book since the Bible.

The words of such an important leader of God’s must carry great weight with God’s very elect.

Clearly, we had to continue delivering Mystery of the Ages, which Mr. Armstrong only started. This is a work that the Laodiceans should have done. They refused. Malachi’s Message explains their failure.

God says that this mystery should be finished. That means that the Work of God which proclaims Mystery of the Ages to the world, again, “should be finished.” In other words, the Philadelphia Church of God will not finish God’s Work unless they fulfill this commission!

That puts a lot of pressure on God’s very elect to deliver Mystery of the Ages to the world before Christ returns!

God’s command was to “prophesy again before many peoples, and nations, and tongues, and kings” (Revelation 10:11). So we can see that God inspired Mr. Armstrong’s goal of getting Mystery of the Ages to “the largest audience possible”!

Now consider this vital, super-important truth! The little book is only for God’s Church. But Mystery of the Ages is for the whole world—“many peoples, and nations, and tongues, and kings.”

We are to “prophesy again” to the whole world. So this commission applies specifically to proclaiming Mystery of the Ages—reaching the largest audience possible. This applies to the world—not the Church.

The world can understand Malachi’s Message only if they repent and come into God’s Church. They must study Mystery of the Ages first.

So when God commands us to prophesy again to the world about a mystery, that is a direct command to deliver Mystery of the Ages! No other book on Earth today clearly and fully explains what the mystery of the Bible is! So Revelation 10:7 could only be referring specifically to Mr. Armstrong’s final and most important book.

And remember, this critical revelation wasn’t even given to us until after we stepped out in faith and published Mystery of the Ages. Then God showed us clearly where it is prophesied that we must do this very Work!

What glorious revelations come to us if we are willing to walk by faith. May God help us to understand this deeply!

Thayer’s renders verse 7, “it ought to be finished.” Human rebellion slowed the process. But God still delivers that book through the Philadelphia Church, and now mankind is without excuse. How else could the mystery be finished before the seventh trumpet angel sounds, unless somebody is getting out a message now about the mystery of God?!

Should we deliver Mystery of the Ages? I tell you we must deliver it!

We’re living right in the thick of this vision of Revelation 10 and 11. The little book is here. Mystery of the Ages is going out again. Understanding this really puts things into a greatly reduced time frame.

We have been commissioned to get this book out to the world, and it’s probably going to be published and proclaimed right up until the return of Jesus Christ! The little book and Mystery of the Ages have a direct tie to the seventh trumpet angel—when Jesus Christ is going to return to this Earth!

What a message of joy this is. Revelation 10:7 says that God has declared this mystery to His servants the prophets. The word “declared” is from the Greek euaggelizo. It means to declare a message of joy. God wants us to celebrate getting the joy and the good tidings of Mystery of the Ages to the world.

God has opened the door to proclaim Mystery of the Ages. It is our supreme responsibility to walk through that door.