Lessons from History: A Living Sacrifice
A lesson from the front lines of World War I
By Brianna Weeks • Feb. 8, 2018 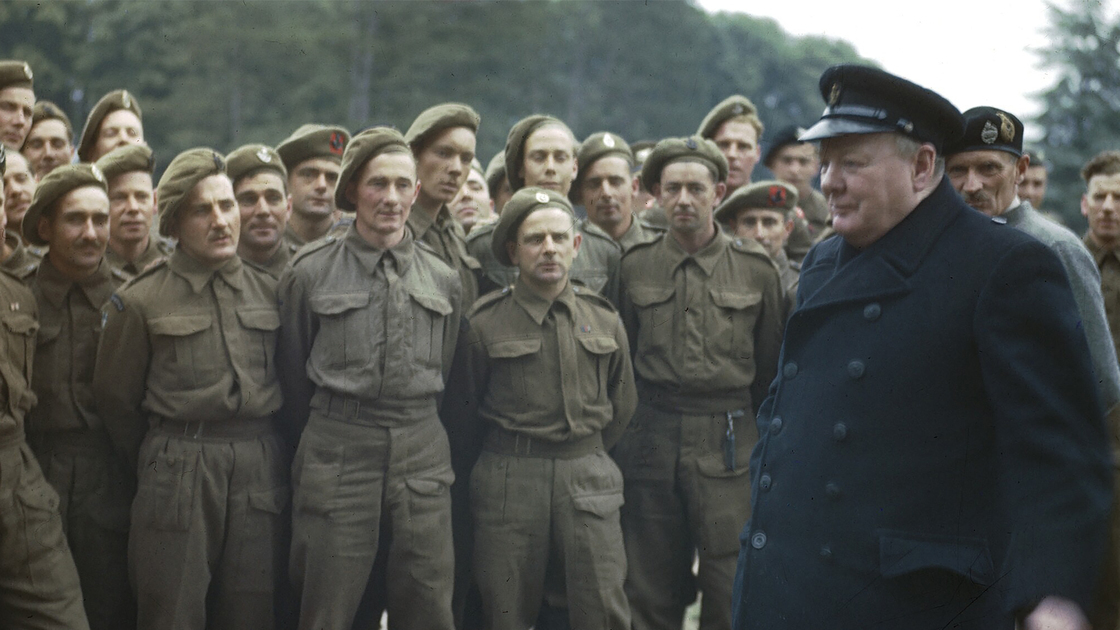 He finally had time to sit down and write a couple of letters. Enemy shelling had stopped for the morning, and the trenches around him were relatively peaceful. “Trench” wouldn’t be the completely correct word for where he collapsed onto a sandbag seat, however. The place where he found refuge was not underground at all. All that was between him and the enemy line was a short wall, built up from the flat ground and covered with a sheet of metal and sandbags. In other words, it wasn’t very safe. But it was quiet, and it was the perfect spot for him to begin a letter.

This was in November 1915. In February of that same year, the Allies had commenced an ill-fated attack on the Gallipoli Peninsula in Turkey. Winston Churchill, then First Lord of the Admiralty in the Royal Naval Air Force, had proposed the invasion as a way to slice through the remnants of the Ottoman Empire and combine forces with the Russians, who were still Britain’s allies at this time. This would knock the Ottoman Turks out of the war, leaving only the Germans on the Western Front to deal with. It seemed like a perfect plan.

The invasion ended up being a horrible failure. The Turks were able to fend off every British offensive, and they turned the invasion into a stalemate that was almost as bloody as the meat grinder on the Western Front. Nine months and 250,000 casualties later, the Allies withdrew.

From the very beginning of this offensive, Churchill was the one everyone accused for its failure. It had been his idea, after all, and he was the most convenient one to blame. A mere three months into the invasion, British politicians became so furious with Churchill that he was booted out of his office as First Lord.

After he was demoted, Churchill was given an obscure political office with little power and no say in the war. It wasn’t enough for him—he wasn’t able to help his country out in any way. He needed more of a chance to make a difference, so he decided to resign from government altogether and join the British Army in the trenches of the Western Front. If he couldn’t serve his country as a military official, he could at least serve his country as a soldier.

With no concern for his own life, Churchill accepted a terrifying offer from the man in charge of the British Expeditionary Force on the Western Front—Commander-in-Chief Sir John French. French offered Churchill, who had been a soldier before his time in the British government, the control of a brigade. Churchill accepted, on the condition that he have some time to train in the trenches before he was put in charge.

And that is how Winston Churchill came to be sitting upon that sandbag seat, writing a letter home in the lull between enemy attacks. Once the man in charge of Britain’s navy and air force—on the front lines of British politics—he was now a major in the trenches of the French meat grinder—on the front lines of the actual war.

He was in much more danger than he had been in his cushy office job as First Lord, but this was a way for him to continue serving his country—and that was all he cared about. Churchill cared more for his country than he did for his own life. He was prepared to fight as hard as he could while he was alive. He was willing to be a living sacrifice for his country.

In these modern times, we are on the front lines of a war as well—a war against Satan and his demons. God has ordered us to support His Work—to go on the offensive and get His gospel and the added warning message out to the largest audience possible.

As soon as he was unable to help out in one area, Churchill threw himself at the next possible chance. It didn’t bother him that a soldier received less recognition and had less power than he was used to. He still fought, knowing that helping in any way would be better than not helping at all.

It is the same in God’s Work. We can be living sacrifices for God today by throwing our hearts into His Work—no matter where we live or what job we have. We can pray for the success of the Key of David and kpcg programs. We can send in our tithes and offerings.

Even sitting and talking with the elderly members in our congregations can help further God’s Work—fellowshipping helps unify the Body of Christ, giving God an even stronger fighting force in this final offensive.

If we present ourselves to God as living sacrifices now, God will be able to use us even more powerfully in the future. Churchill had some close brushes with death while he was out on the front lines of the war, but he was never seriously harmed. God blessed him for his dedication to his country—and He gave him an even greater job later: saving Britain in World War ii! Be a living sacrifice for God and His Work—and witness the wonderful ways that God can use you to win the war.