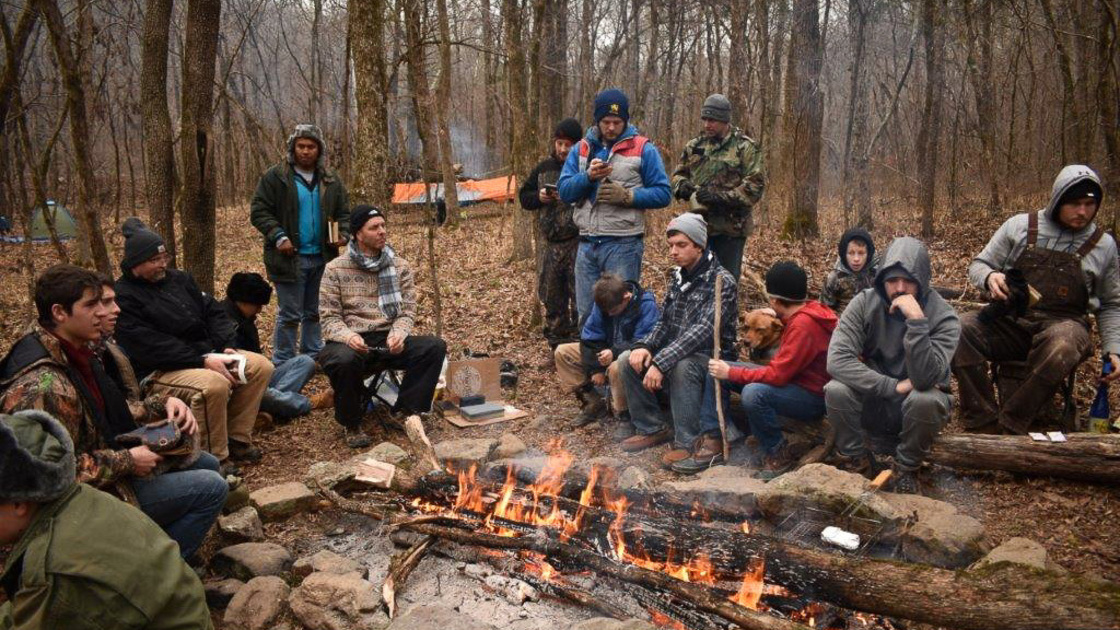 ARKANSAS—Thirty men and boys from Arkansas, Kansas, Missouri and Oklahoma left civilization behind from December 29-31 for a camping trip in the Ozark National Forest.

A small contingent of campers hiked into the woods a day early to find a suitable camping location for the rest of the group that would arrive the next morning. Eventually, the scouting party settled on a large, flat location with a creek and plenty of firewood nearby.

After a relaxing Sabbath morning, the men surrounded the central campfire at 1 p.m. to listen to a 1980 sermon from Herbert W. Armstrong about bringing God’s Work into a new decade, the results of Satan’s attack on the Worldwide Church of God via the California receivership, and staying focused on God’s direction for the Work. That night, the group stoked a large campfire and spent hours telling stories, laughing and singing.

“Even though our group was smaller than last year, everyone still had a great time being together and braving the outdoors,” college student Michael Davis said.

As the group packed up and prepared to hike back to the vehicles, a smattering of snowflakes began to fall across the camp, some large enough for their unique patterns to be discerned while they floated toward the ground.