PCG members: In addition to PCG Signposts, sign-up for the members-only Friday Philadelphian weekly email newsletter! Click here or email news@pcog.org ✖
The Narrowest Escape
Proof that the Most High rules in the kingdom of men
By Seth Malone • Feb. 1, 2018 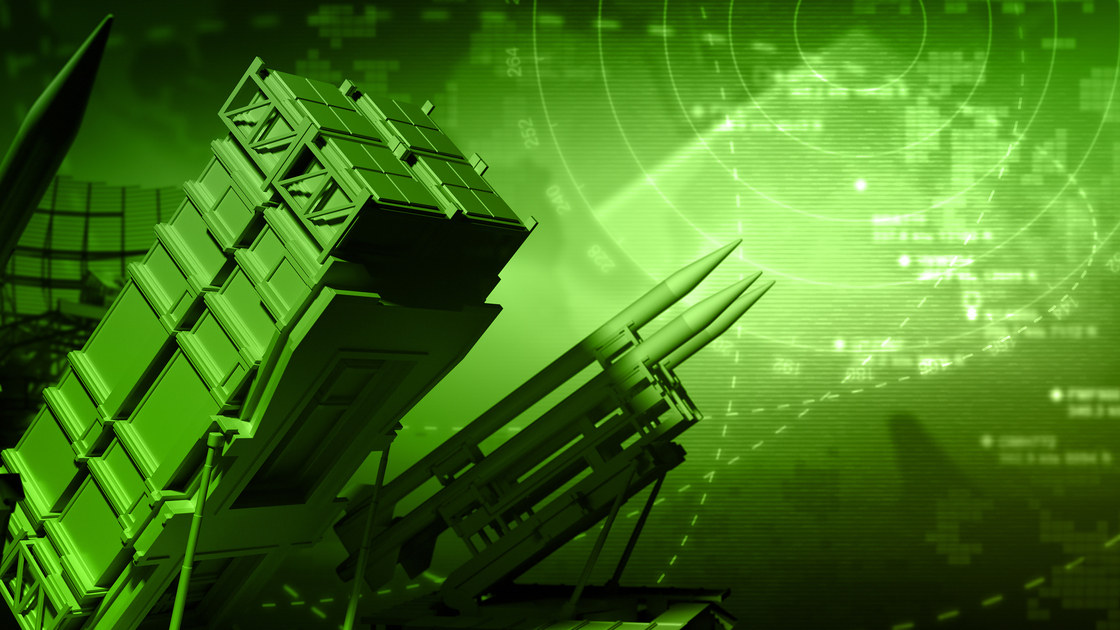 Sirens screamed in the bunker. The day had finally come. Although men on every side tried their hardest to avoid the inevitable outcome, their efforts were rendered futile. It was too late to stop the dreadful disaster: The United States of America had finally decided to fire a nuclear missile at the Soviet Union.

Just south of Moscow, in the secret command center of Serpukhov-15, duty officer Stanislav Petrov heard the wail of sirens throughout the halls of his bunker. The Soviet early-warning system had detected a nuclear threat—not just from one missile but five. Petrov later said that the early-warning system, Oko—which is Old Russian for “eye”—was built to rule out the possibility of false alarms.

That day, the satellites told them with the highest degree of certainty that rockets were on the way. In reality, Oko had detected sun rays reflecting off clouds over North Dakota. But to Oko, this was not the sun: These were U.S. Minutemen intercontinental ballistic missiles.

“There was no rule about how long we were allowed to think before we reported a strike. But we knew that every second of procrastination took away valuable time, that the Soviet Union’s military and political leadership needed to be informed without delay,” Petrov told the BBC.

Soviet ground radar could confirm the missiles, but that would mean waiting 10 minutes for a confirmation, and it already took 12 minutes for Soviet High Command to complete a counterattack. The missiles were only 15 minutes away. Petrov had to make a quick decision.

“All I had to do was to reach for the phone; to raise the direct line to our top commanders—but I couldn’t move. I felt like I was sitting on a hot frying pan.” Shaken, Petrov picked up the phone. He called the duty officer at the army headquarters and reported a malfunction, not a missile strike.

Petrov knew perfectly well that nobody would have been able to correct his mistake if he had made one. He waited. He waited for 15 nerve-racking minutes, fearing reports of a nuclear strike. The Soviet military should have been informed of and ready for this nuclear strike, but they were not.

And then it happened: nothing. Nothing happened at all.

“Twenty-three minutes later I realized that nothing happened. If there had been a real strike, then I would already know about it. It was such a relief,” Petrov said.

Two decades earlier, a similar event happened near the modern-day town of Qaanaaq, Greenland. U.S. early warning radar detected dozens of Soviet missiles en route to U.S. soil. The North American Air Defense Command received the warning and went to its maximum alert level. Fortunately, the United States refused to retaliate because Nikita Khrushchev, the Soviet leader at the time, was visiting New York. They later realized that the radar had only detected a moonrise over Norway.

In March 1980, another close call occurred near the Kuril Islands, located between Japan and the Kamchatka Peninsula in eastern Russia. The Soviet Union was running a training exercise that involved launching several submarine-based missiles. But one of those missiles seemed to have an eastward trajectory pointed straight at North America, and the United States held a threat assessment conference as a result.

Just recently, on January 13, an employee at the Hawaii Emergency Management Agency intended to internally test an emergency alert. But he pressed the wrong button. Instead of a simple internal test, the ballistic missile emergency message was sent to Hawaiian residents and visitors on their cell phones and tv screens. The message warned them this wasn’t a drill and to seek immediate shelter indoors. Naturally, people went into a panic.

Time and time again in history—over 10 times at last count—we have witnessed many close calls that could easily have pulled the United States into nuclear war. But why didn’t any of these events end in disaster? Why is it that until now, whenever we have come close to the annihilation of civilization, we’ve avoided it with the narrowest escape?

Thankfully God rules in the kingdom of men (Daniel 4:25). He has His own plans for fulfilling prophecy. If these close calls had ended in a premature nuclear war, prophecy would have been altered dramatically. God made sure that the United States and the Soviet Union never went to war.

Soon, mankind’s radar will detect nuclear missiles again, and this time, they will be real. The world will back itself into a nuclear war—one so lethal that all flesh would be destroyed if Jesus Christ did not come to put an end to it personally (Matthew 24:21-22). Yet all of this will occur according to God’s schedule.

What can we do in the meantime? Jesus Christ admonished us to “watch … and pray always” (Luke 21:36). We should heed Christ’s admonition and watch the news, stay in touch with world events to better understand where we are in biblical prophecy.

Unless we understand how God plays a critical role in the timing of world events, we will panic at times of false alerts, or “rumors of war” (Matthew 24:6). Thankfully God gives us a more sure word of prophecy that reveals when these things shall come to pass. We don’t need to fear because we have learned that God, the Most High, rules in the kingdom of men.