How Far Can You Safely Go?
With a single protruding index finger, he nudged the cup forward …
By Mark Jenkins • Jan. 30, 2018 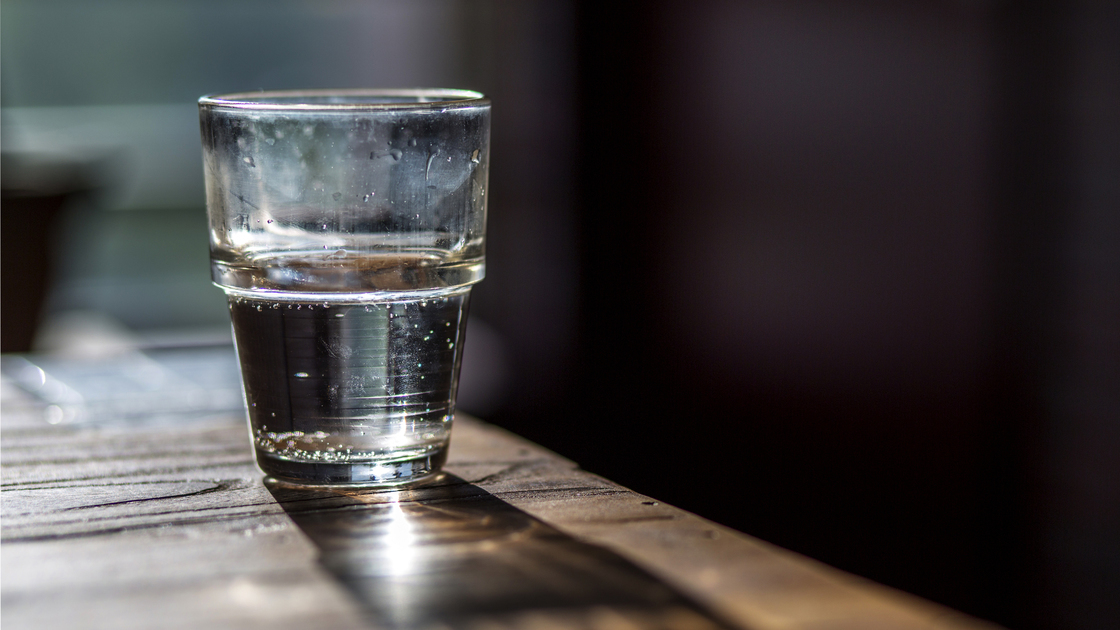 Only a couple inches to go. My nearly four-year-old son looked at the plastic cup filled with ice water on the wooden armrest of his chair, and with a single protruding index finger, he nudged the cup forward. Just one inch to go.

He waited a minute, hoping not to draw attention. I could practically hear the cogs turning in his little head: How far can I push this drink without it plunging to the floor?

Sixty seconds later, as he pretended to look at the book in his left hand, the cup became flush with the edge of the armrest. This was getting exciting! And obviously, he thought, nothing was really going to happen. So he nudged it a little further, and now the base of the cup was protruding an inch and a half over the edge—and unbeknownst to him, my wife and I were watching.

This attitude—how far can I safely go—is one that all of us exhibit at times. How much homework can I get away with not doing? How many times can I sing this song before my brother goes nuts? How long can I ignore Mom until Dad gets involved? Especially as a young person, you might not fully realize how dangerous that attitude is or where it comes from.

Herbert W. Armstrong wrote about this attitude in a Plain Truth “Personal” in 1963. He thought the subject was so important that it was reprinted in Tomorrow’s World in 1969—and again in the January 1982 Good News magazine.

The story that Mr. Armstrong used to illustrate his point is that of Balaam. King Balak of Moab sent his people to ask Balaam to curse Israel—God’s chosen people! Clearly, this isn’t a question you ask one of God’s prophets. Yet, the scholars of the world are deeply confused about Balaam, believing he was one of God’s prophets and that God was trying to reach him. 2 Peter 2:15 and Jude 11 show that Balaam was a false prophet.

Additionally, Mr. Armstrong says that Balaam “was in his time successor in office to Nimrod (Genesis 10:8-10), founder of the world’s pagan civilization. Balaam was the greatest prophet of the time—in the pagan religion—the Pontifex Maximus of the pagan world—the chief oracle of paganism.”

King Balak directed this question to Balaam because he was the leading practitioner of sorcery and divination of his day. Yet, Balaam said that before he could curse Israel, even he would need to ask God’s permission first! Balaam could only go so far.

God, as you might expect, turned Balaam down: “Thou shalt not go with them; thou shalt not curse the people: for they are blessed. And Balaam rose up in the morning, and said unto the princes of Balak, Get you into your land: for the Lord refuseth to give me leave to go with you” (Numbers 22:12-13). So Balaam informed King Balak that God would not allow him to curse the Israelites—God was blessing Israel!

You can see why the scholars mistake Balaam for one of God’s prophets: He actually had an audience with God. Mr. Armstrong asks: “If he [Balaam] was the chief pagan prophet, actually sitting in Satan’s seat, as head of Satan’s religion on Earth, why would he pray to God about it?”

There is another place in the Bible where you see someone consulting with God, asking for permission to curse one of God’s people—and it’s found at the beginning of the book of Job.

As Satan prepared to torture Job, he also consulted with God to find out exactly how far he could go. Even the most evil being in the universe has to comply with God’s commands—and Satan did! As long as he was not allowed to harm Job physically, he didn’t touch one hair on his head. Once God relented, allowing Satan to harm Job but not to take his life, Satan put Job in abject misery, covering his entire body with boils—but did not take Job’s life. Satan followed God’s instructions to the letter.

Is that sort of behavior righteous? No—going as far as we can while still obeying is exactly how Satan behaves!

So it was with Balaam. Mr. Armstrong even said: “This Balaam could have been devil possessed, so that it was actually Satan himself in possession of the human Balaam, working in and through him.”

The wicked Balaam may not have outright cursed Israel—he went only as far as God allowed—but there were still terrible consequences for his actions, both for the nation of Israel and for him. Look at this excerpt from chapter 6 of The True History of God’s True Church: “Eventually, though, Balaam did help Balak get to Israel. Greedy for material gain, he counseled Balak to entice the Israelites into idolatry and whoredom. Moses recorded Balaam’s advice to Balak: ‘Behold, these caused the children of Israel, through the counsel of Balaam, to commit trespass against the Lord in the matter of Peor, and there was a plague among the congregation of the Lord’ (Numbers 31:16). (Note that Balaam lost his life for his counsel to the king of Moab—verse 8.)

“The Israelites gave in to their own temptations. They descended into idolatry by worshiping Baal-peor. They committed gross sexual immorality with the Moabite women. Angered by these sins, God ordered Moses to cut off the heads of the leaders of each tribe and hang them before the people until sundown (Numbers 25:1-4). These leaders had led the people into serious national sins. Probably a thousand leaders were executed. God also caused a severe plague to fall upon the Israelites, killing 24,000 people (verse 9).”

So how does that apply to you and me as people striving to live God’s way of life? Here is the exact analysis Mr. Armstrong gave of Balaam’s behavior: “Balaam wanted to go just as far in the wrong way as he dared.”

“That is Satan’s way!

“Now just how far may you safely go in doing what you want instead of what you ought to do?

“Haven’t you often compromised on this? Haven’t you often wanted to do something you knew you really ought not? And haven’t you sometimes gone at least part way, thinking that perhaps if you didn’t go all the way in doing wrong, you might ‘get away with it’?

“Going that first part way is already committing the act spiritually—according to the spirit or intent of the law! When you did that you were already guilty in God’s sight. …

“You may be able, if willing, to go further in sin or wrong ways. You are a free moral agent. But to go as far as you dare is the way of Satan, not the way of God!”

So how does that contrast with God’s way of life? Does God want you to go right up to the edge in doing right? “God’s way is to go, sincerely, wholeheartedly and earnestly, just as far in the right direction as possible. God’s way is to do more than is required of you.”

That gets at the heart of so many problems that we have as teenagers. Rather than obeying God with all our hearts, souls, minds and strength (Mark 12:30), the primary question becomes: What do we want? Then we nudge up against the wrong thing to do and discover too late that we actually have done that wrong thing.

Somewhere in the deep recesses of your mind, you might still be wondering what happened with my son’s water cup, and what happened is exactly what usually happens when we test how far we can safely go: He went too far—and that last nudge dropped the entire contents of the cup onto the floor!

“I didn’t mean for that to happen …. exactly,” he said, staring at the mess. In this particular case, I let my young son see the consequences of his actions—far better to have this happen with ice water in a plastic cup than with a real glass on a tile floor at home.

There are so many areas where you can apply this principle: how you respond to your parents, how you do your schoolwork, how you observe the Sabbath day.

So do ask how far you can safely go—and then go, with 100% effort, with your whole heart and mind, as far in the direction God wants you to go as you possibly can.