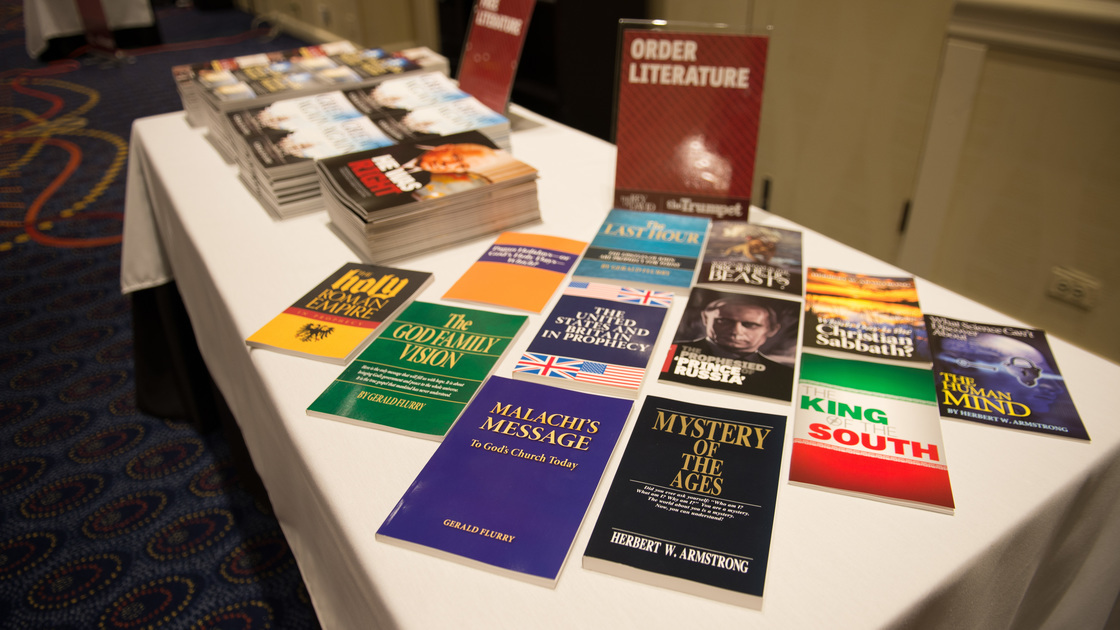 EDMOND—Philadelphia Church of God Pastor General Gerald Flurry will continue his personal appearance campaign in 2018, delivering lectures to Trumpet subscribers in the Los Angeles, California, area on January 21 and 22, and in the Houston, Texas, area on February 11 and 12. He said that at each of the two-night campaigns, he plans to speak about the biblical book of Hebrews, specifically what Jesus Christ is doing today.

“We aim at being a stronger witness to these people,” Mr. Flurry said. “Hopefully, a few will become members in the Church, which has a big impact in God’s Work.”

Headquarters staff members have sent letters to Trumpet subscribers who live within a three-hour drive of the campaign locations, and they are working with field ministers to determine venue needs, volunteer staff assignments and audio-video requirements. They have also asked the Church’s pilot to prepare a flight plan, made travel arrangements and are preparing a freight shipment of literature, banners, signs, audio-video equipment, ticket scanners and other supplies.

Western United States Regional Director Brian Davis said he anticipates 35 to 40 pcg volunteers at each campaign to set up and tear down the meeting hall, take tickets, transport Church literature to and from the event, and serve as ushers. Most of the volunteers live within an hour or two of each site, but some are driving as far as five hours.

“Overall, there’s a real buzz and excitement about the fact that Mr. Flurry is coming,” Mr. Davis said. “Everyone is excited to see him and to hear him, but mainly to get the message out in the area to warn the people and to finish the Work.”

Mr. Flurry began personal appearance campaigns in 1999, speaking in about a dozen cities in 1999 and 2000. He spoke in 10 cities between 2006 and 2008 and spoke in Chicago in July 2017. The upcoming campaigns will be his third in the Los Angeles area and his second in Houston.

Mr. Flurry has delivered a total of 24 campaigns in 15 or more cities.

** Records indicate there were three additional campaigns in 2000, but the locations and attendance numbers are unknown.