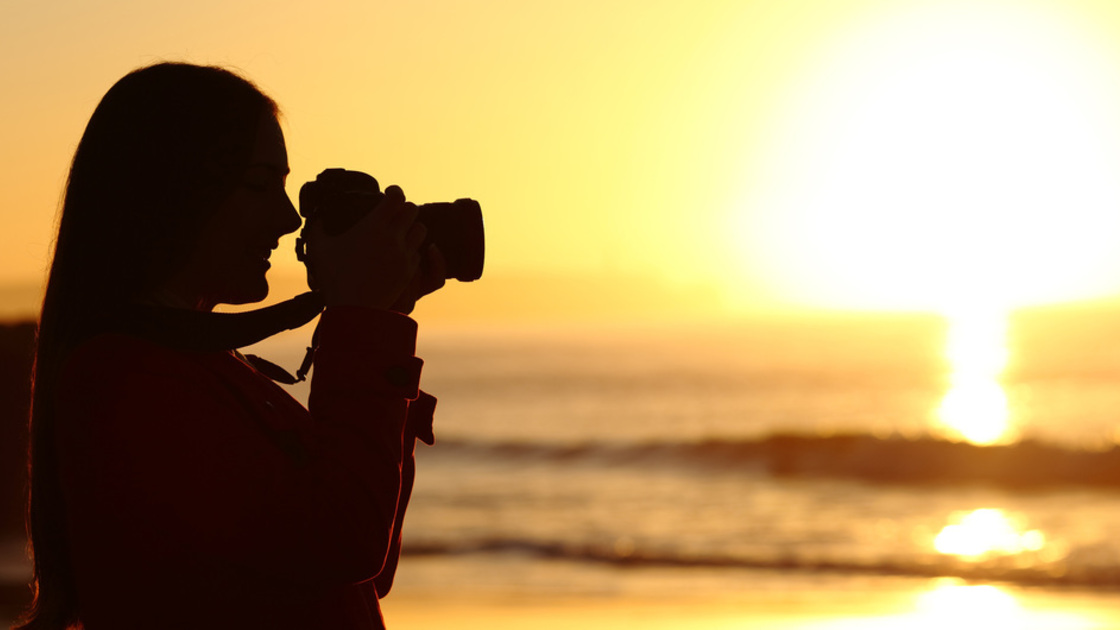 “Ugh! I hate sharks!” I exclaimed. Whether I was complaining to my mom or simply sending my agony out into the void, I don’t quite recall. But I do remember that I felt highly irritated. The sun was shining, the clouds looked marvelous, and the day couldn’t have been more perfect. I had to take pictures.

Photography was and is a hobby I love. And on that specific day, I was right about one thing: The landscape was absolutely spectacular. My mom and I couldn’t have picked a better time to go to the beach, yet there was one problem. In front of us was a large sign: “CLOSED DUE TO SHARK SIGHTING.” I was crushed. How am I supposed to take the most magnificent pictures anyone has ever seen, I thought, if I’m a hundred yards away from the ocean, with an ugly chain-linked fence barring my entry?

I contorted my face and began to walk along the edge of the fence in a display of self-pity. As I moved further away from the parking lot and the other disappointed people at the gate, I began to spot something—a good length of the flimsy fence had been knocked down. An entryway!

Taking a quick look over both of my shoulders, I began to cautiously approach the fallen blockade. Wait, what am I doing? I thought to myself. I can’t trespass. That’s illegal. I stood for another minute as I continued pondering against my conscience. Is it really even trespassing, though? The gate is not even standing upright. It’s practically inviting me to cross it.

Then I began to develop the perfect plan. I decided that I would walk over the fence, but keep one of my feet touching it the whole time. That way, I reasoned that I wouldn’t be trespassing, just expanding my territorial restrictions. It’s foolproof! No one will ever have to know.

With my camera in hand and flawed logic in place, I began to execute my strategy. I abandoned my flip flops and made my way to the off-limits side of the fence. My heart raced as the gritty sand found its way between my toes. With a heavy conscience, I began taking pictures of the landscape. Everything was running smoothly. What was I so worried about anyway? The sign shouldn’t even have been there. It’s not like a shark is going to prowl up the sand and eat me.

I grinned at my sheer genius, but was suddenly startled by a loud ”Hey!” from behind me. I spun around and took in the scenery. I didn’t see anyone. That shout couldn’t possibly have been for me, I thought to myself. Nonetheless, I ventured back to find my mom.

“I’m ready to go now, Mom,” I said to her nervously. As we began our short walk back to the car, my flawed logic only intensified. I have no cause for guilt, I reasoned. If they don’t want people crossing the fence, they should get it fixed. It’s not my fault.

This feeling of justification lasted only for a brief moment, as a familiar “hey” was once again spoken in my direction. Only this time, the voice was in front of me. Just as I thought I had gotten away with it, two officers approached my mother and me with stern faces and one simple question: “What side of the fence were you just on?”

At this point, I figured that I had three options. I could directly lie about it; I could start spouting off excuses about the flaws of the sign; or I could go with the more difficult option of telling the truth (with the risk of being put on juvenile probation).

“Were you on the side of the fence you weren’t supposed to be on?” one of the officers asked again.

Thankfully, I went with the third option. “Yes sir, I was.” Upon hearing my honest answer, their faces softened.

Because I was respectful and honest—because I gave a soft answer (Proverbs 15:1)—the officers decided to let me off with a warning. I had done several things wrong that day. I had a bad attitude when I couldn’t get the pictures I wanted; I had broken the spirit of the law by putting one foot past the fence; and I had illogically reasoned that I was not the one at fault. However, because I was honest, the repercussions of my actions were far less severe than if I had lied.

“Well, did you at least get a good shot?” one of the officers inquired while peering down at my camera. This time, I could respond with a truth that I was proud of, “Yes, sir. I did.” They let me off with a warning that day, despite the sins I had committed.

So the next time you are faced with a troubling situation, the next time you are asked about something you know you did wrong, simply tell the truth. Even if you get in trouble for what you did, God will be much more merciful to you. Remember to be honest in every situation, because if you aren’t, the photo that you end up with just might be your mug shot.