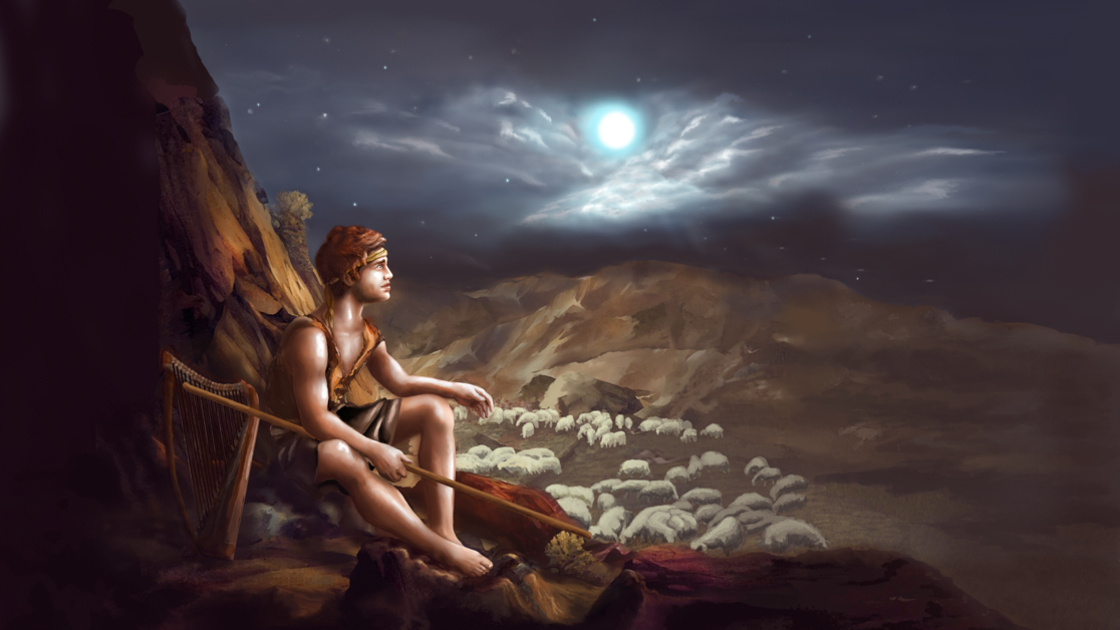 The Bible gives an example of a remarkable teenager who was focused on God and His way of life. He brought glory to God even while he was a youth. He was an educated teenager, he developed his many unique talents and abilities, and he lived an exciting, enjoyable and fun life in service to God.

This teenager’s name was David—the same teenager who later became a king.

Over the course of his life, David learned to think like God. He developed a heart like God’s (Acts 13:22). True education involves overcoming our carnal, Satan-influenced nature and taking on the nature of God, the mind of God, and the thinking of God. That is what it means to be converted—to replace your thoughts with God’s thoughts just as David did.

God began training David to become a king while he was still out in the fields, tending his father’s sheep. When Samuel first visited Jesse’s family to anoint a new king from among his sons, he thought that the new king would be one of Jesse’s taller, older sons. But God wasn’t looking at the physical appearance: “But the Lord said unto Samuel, Look not on his countenance, or on the height of his stature; because I have refused him: for the Lord seeth not as man seeth; for man looketh on the outward appearance, but the Lord looketh on the heart” (1 Samuel 16:7).

David was the youngest of Jesse’s eight sons, and he wasn’t as impressive on the outside as some of his older brothers were. But he had the qualities that God was looking for, and that was what mattered. When you dig into the story, you can easily see that he was impressive in God’s sight: “And he sent, and brought him in. Now he was ruddy, and withal of a beautiful countenance, and goodly to look to. And the Lord said, Arise, anoint him: for this is he” (verse 12).

David was a balanced and well-rounded teenager. He spent a lot of his time outdoors with the sheep, and he had plenty of time to think, meditate and write while he was out there. Psalm 8 is a good example of a psalm that David may have written while he was out tending the sheep at nighttime, looking up into the night sky.

Besides bettering his writing skills, David also made himself stronger while he was out tending the sheep. Testimony to that is the fact that he killed a lion and a bear that threatened the sheep—with his bare hands! Later on, he took on Goliath—and he took him down (1 Samuel 17). God was impressed with this young man!

In The Former Prophets, my father goes through four points that young people can learn from the life of David. If you apply them in your life, these four lessons from the teenager who became king will help you live an exciting, enjoyable and fun life—just like David did.

“God is choosing His nobility, His royalty, today,” my father writes. “He wants you to develop your talents. Do you develop your talents the best you can? Are you preparing to lead the world in that way? That is important to God. David wasn’t some fool who didn’t know anything; he was an intelligent young man. He clearly cultivated his talents diligently, and surely that was part of why God chose him. But first of all, David fervently sought God; as a result, God kept opening doors for him.”

David was converted by God and anointed king as a teenager, but he didn’t become the actual king of Israel until age 30. Rather than sit around or mope because he had to wait, David used these intervening years to develop his talents.

One such example is when David was called upon to play the harp for Saul. After David was anointed king, the Holy Spirit departed from Saul, and an evil spirit began troubling him (1 Samuel 16:14). One of Saul’s servants suggested that David could help soothe him: “Then answered one of the servants, and said, Behold, I have seen a son of Jesse the Bethlehemite, that is cunning in playing, and a mighty valiant man, and a man of war, and prudent in matters, and a comely person, and the Lord is with him” (verse 18).

This servant’s description of David gives us a biographical sketch of his wonderful abilities and strengths. As a teenager, he was already a skilled musician, he was “prudent in matters”—meaning he was a skilled communicator—and he was a valiant man, meaning he was courageous. He was an accomplished man of balance and education—all because he took initiative while he was young and developed his talents.

Be a Positive Person

Are you an encouraging person to be around? Are you uplifting, positive and outgoing? David was! “And it came to pass, when the evil spirit from God was upon Saul, that David took an harp, and played with his hand: so Saul was refreshed, and was well, and the evil spirit departed from him” (1 Samuel 16:23). Clearly, David’s music soothed Saul. But David’s positive attitude also probably factored into refreshing Saul when the evil spirit troubled him. David was also an encouraging, uplifting individual, and he made a positive impression on Saul. My father writes, “[I]f you’re going to be royalty for God, you must also learn to be encouraging to other people. That’s what a leader does” (ibid).

God was involved in David’s life, and David took on His positive personality. This was part of how David became a man after God’s own heart.

David had to go up against a lion and a bear. He had to kill a giant. He had to wait 17 years to become king. Those things would have tested his faith a lot—and yet he trusted God through them all.

My father asks, “What problem are you facing that you can’t handle? No matter how gigantic it is, there is no problem you can’t handle if you face it the way David did. Trust God and face your problems in faith, and God will deliver you. Beyond that, He will ultimately use you like He is going to use King David as a king in the World Tomorrow!

“Do you expect God to work miracles in your life? It’s up to you. Your life ahead is what you make it, and what God makes it through you.”

Your life can be full of tremendous blessings—if you have the faith in God to choose His way of life over everything else.

There are so many things to be impressed by when looking at God, His creation, His power and His Work. David expressed his awe of God in psalms such as Psalm 8 and Psalm 19. Strive to have the same attitude that David had. The fact that you can understand God’s truth, be in His Church, and attend His youth camps is an inspiring blessing that so many teens in the world don’t have. You may experiences some trials in your life, but if you can learn to see beyond those trials and to the wonderful future that God has in store for you, those trials will be much easier to handle.

My father says, “See beyond the present problems—see the indescribable blessing God has given you! As long as we have that attitude, God’s going to bless us day after day after day!” (ibid).

These are lessons that David learned and implemented while he was a youth, and he was blessed mightily because of that effort. If you, like David, strive to develop your talents, remain positive, trust God with all your heart, and stand in awe of the blessings He has given to you, you too will lead an exciting, enjoyable and fun life in service to God.